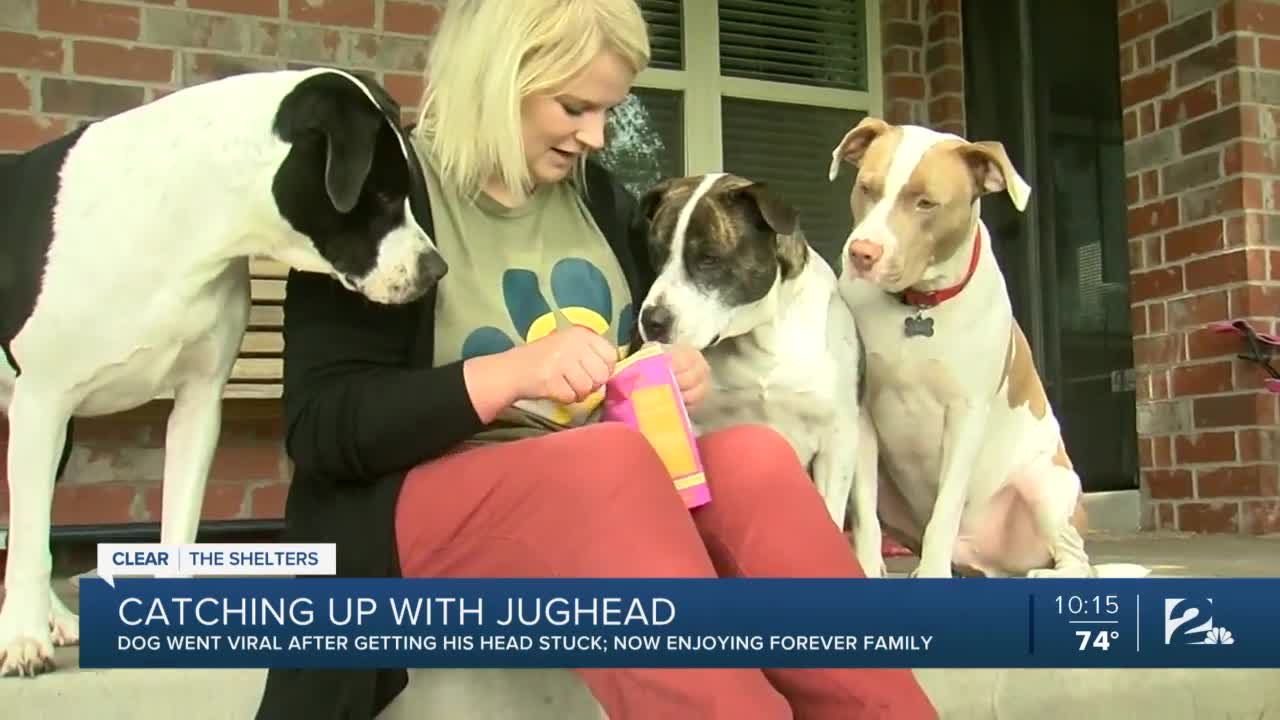 Catching up with Jughead the dog 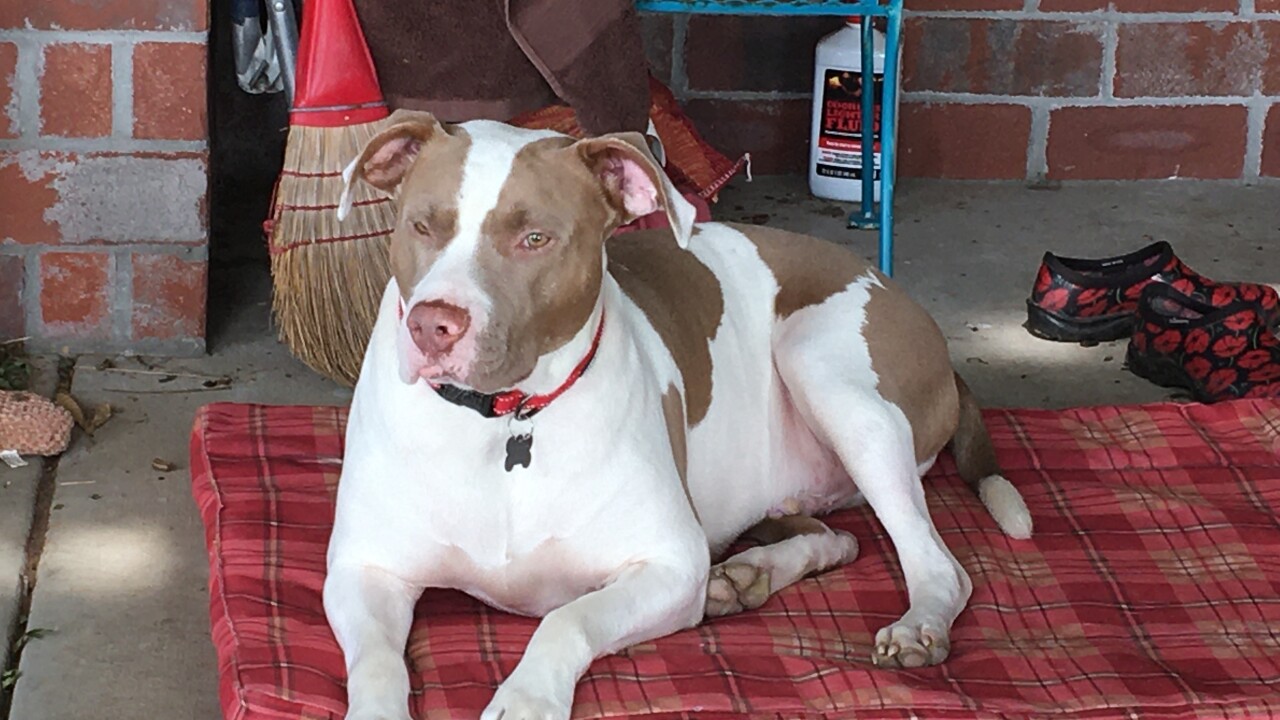 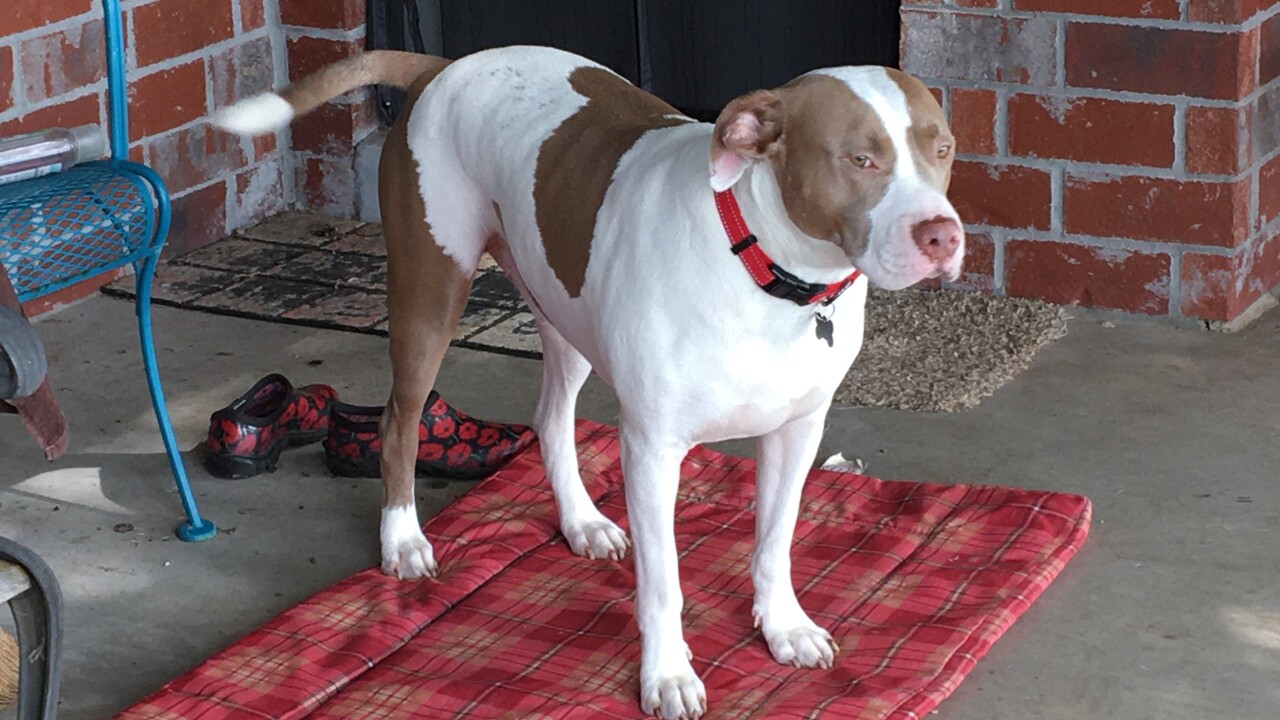 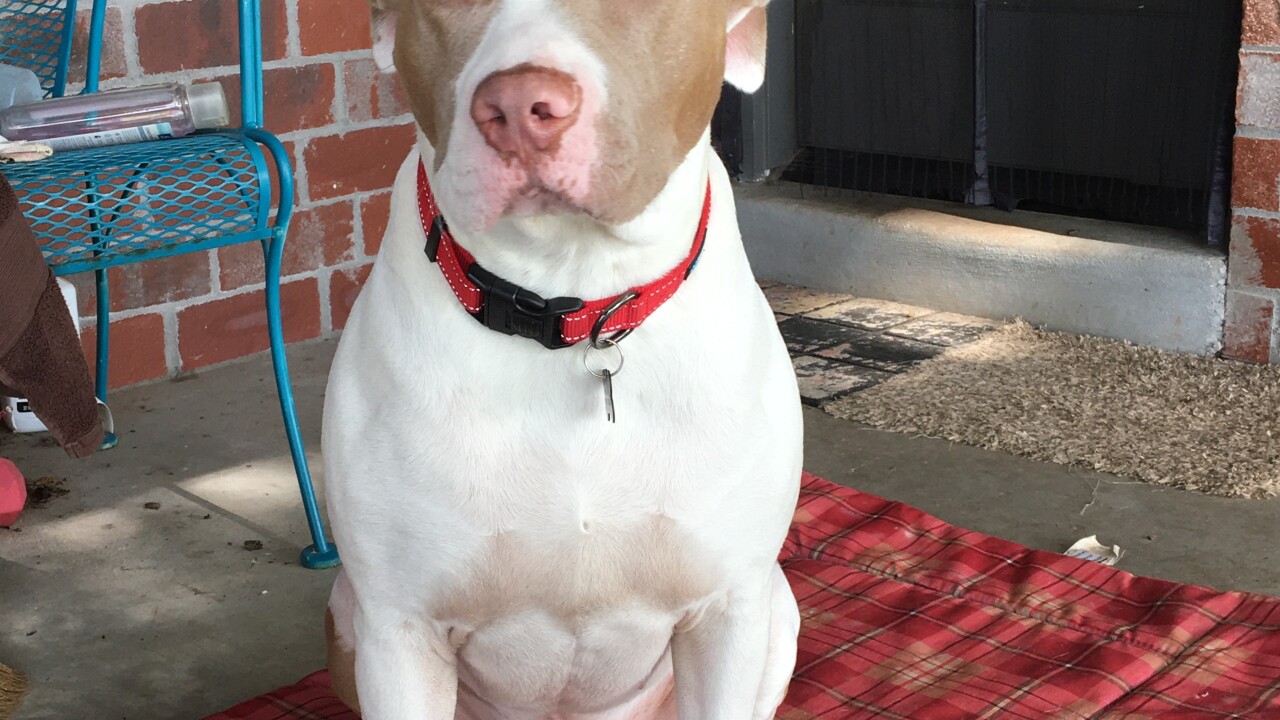 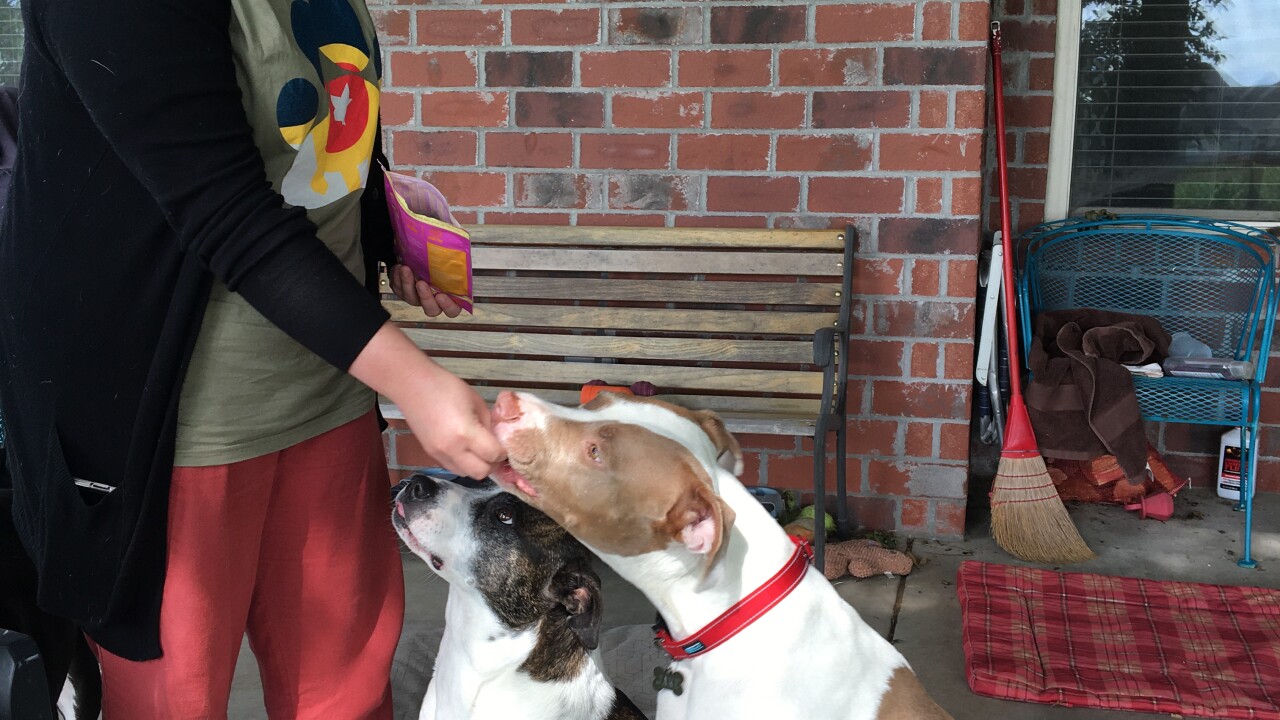 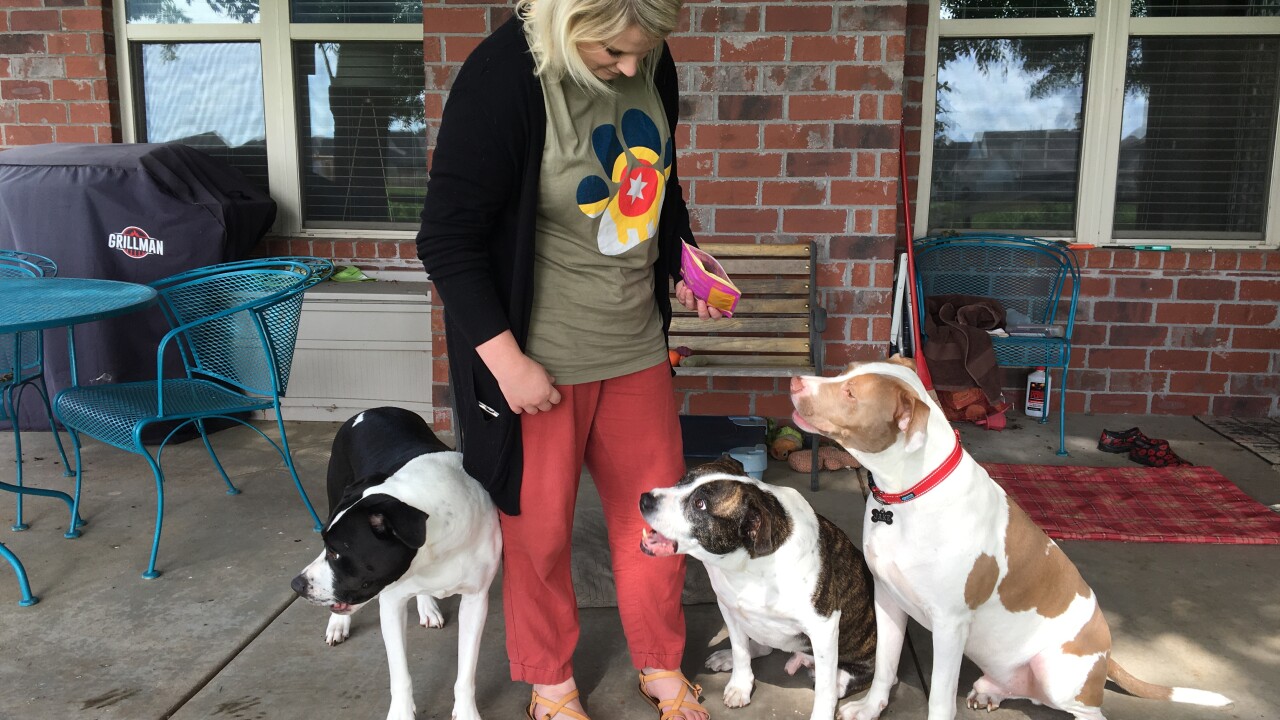 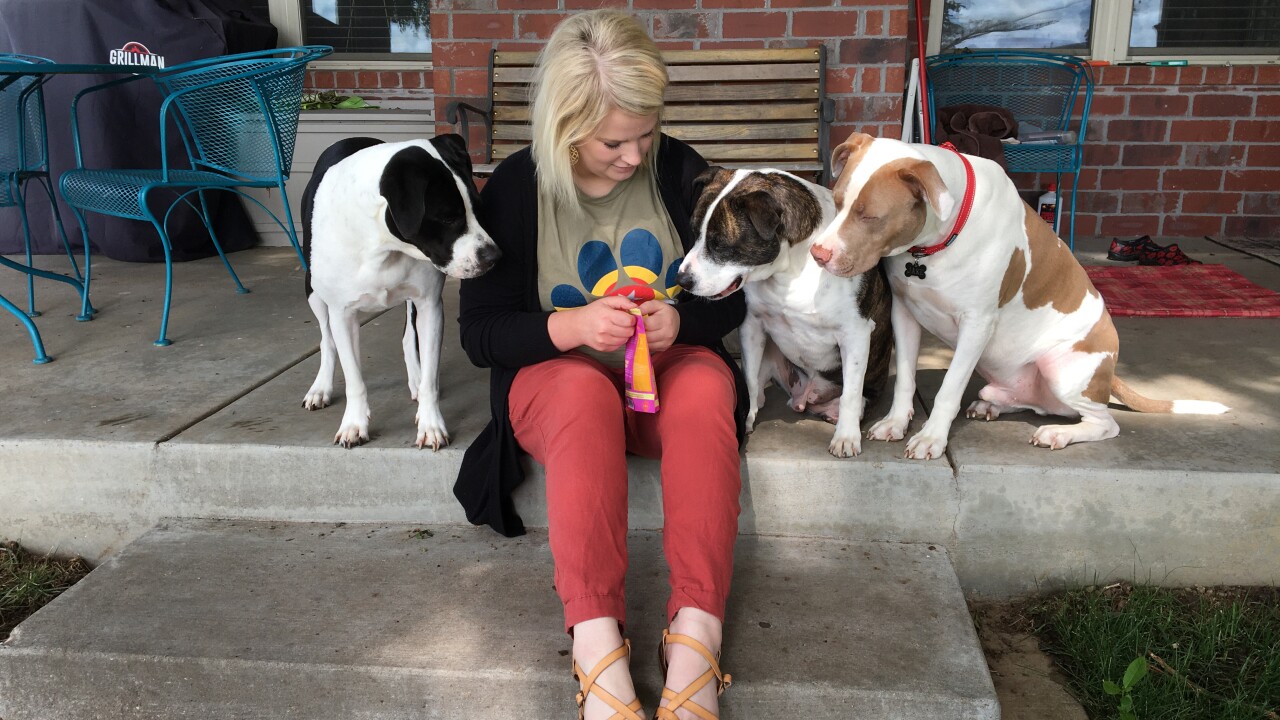 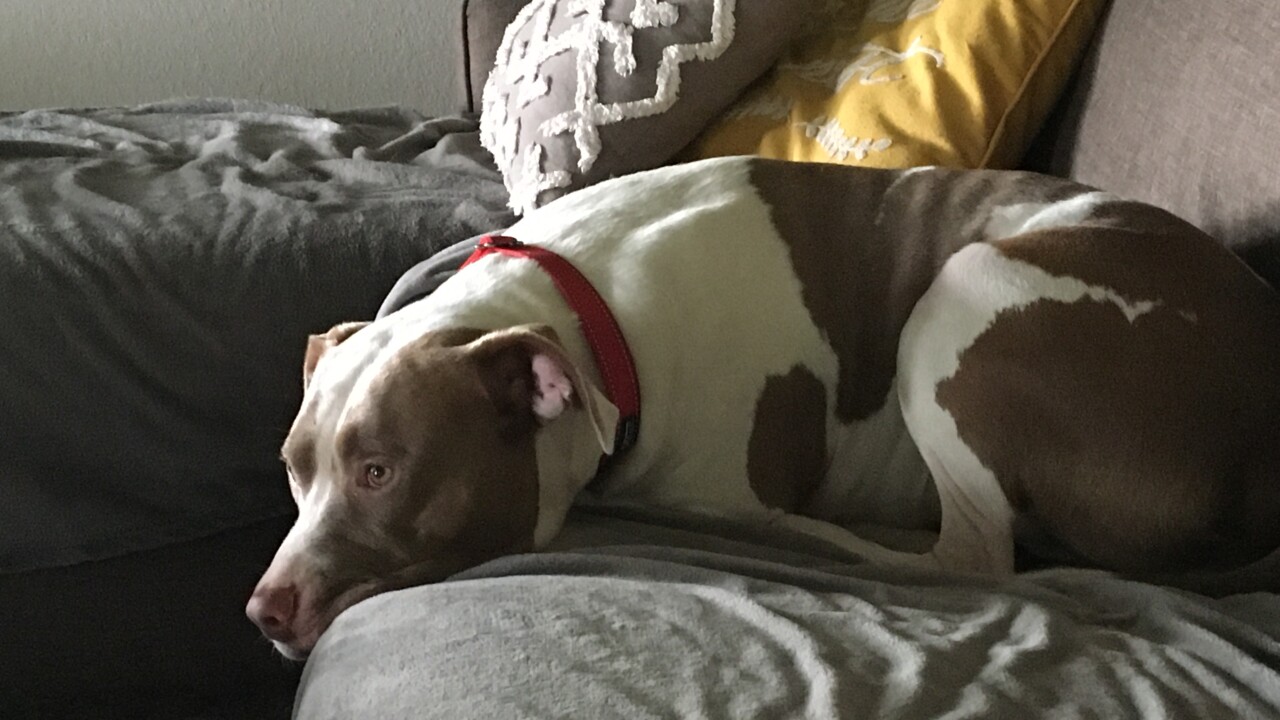 TULSA, Okla. — 2 Works for You is teaming up with local animal shelters for the fifth annual pet adoption event called Clear the Shelters.

To kick off the month-long campaign, Reporter Gitzel Puente took a look at a stray dog who went viral last year in Tulsa.

The Pit bull mix spent weeks wandering the streets of Tulsa with a plastic jug stuck on his head until the Oklahoma Alliance for Animals rescued him.

Jughead now goes by Jake and is enjoying his new home in Bixby where he can run in the backyard.

"It’s taken a lot to get him to the place he is now where he trusts us and is comfortable with us,” said Erin Shackelford, Jake's owner.

"Physically, he was dehydrated and emaciated, but mentally and emotionally, he was a very scarred dog,” Shackelford said.

She took him in her home with her two other rescue dogs, Jovie and Sampson, and quickly became attached to Jake.

"After we fostered him since December, we fell in love with him and knew he needed to stay,” Shackelford said. “He’s super friendly. He loves to have his emotional support canines here. He’s a happy go lucky dog now.”

She admits it wasn’t easy at first.

"It took months before he would jump on the couch, let me pet him without flinching. So, he was very scared, very shut down,” Shackelford said.

But now, she says Jake has found his comfort level and is not shy to ask for a treat.

“Jake still loves cheese, which was the downfall with the cheese puffs jug," Shackelford said. "Jake loves every sort of snacks.”

Whether it’s Jake, Jovie or Sampson, who lost a leg after being shot, love and care is all man’s best friend needs. And Shackelford would adopt them all over again.

“They’re all so deserving, and they’re the most thankful animals in the end,” she said.