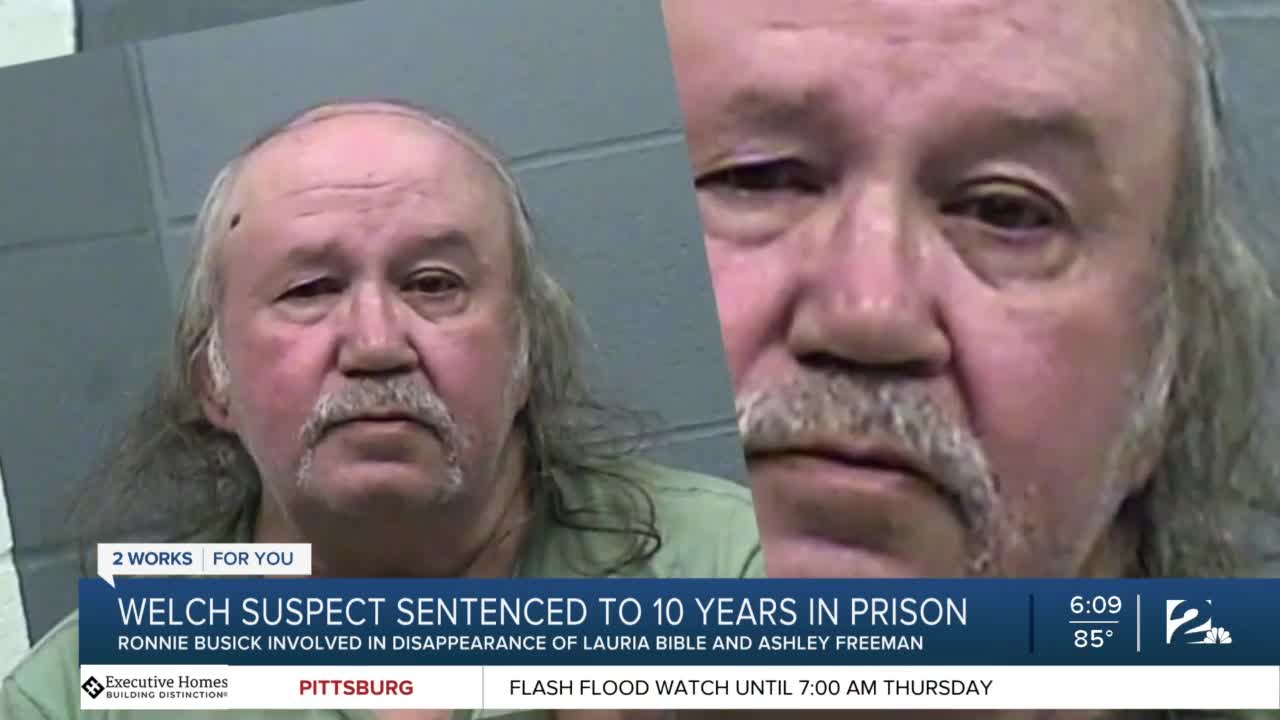 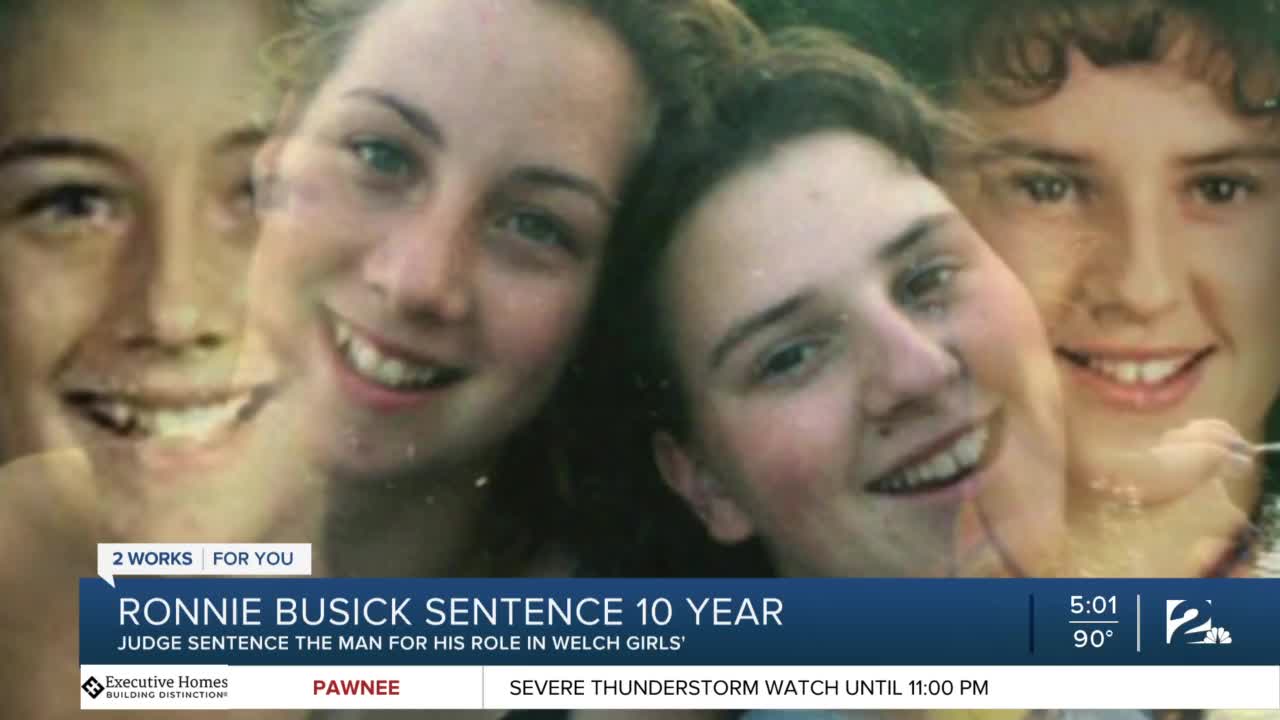 TULSA, Okla. — A judge sentenced the last living defendant in the disappearance of two missing teens from Welch, Oklahoma.

Busick was arrested and charged back in 2018 for the 1999 murders of Bible and Freeman. The girls were taken Dec. 30, 1999 and believed to be murdered. The bodies of Freeman's parents were found after a house fire, but the girls were never found.

Busick admitted to withholding information in the case and plead guilty to one count of accessory to murder in the first degree. He waived his rights away and will proceed on his own free will. The defendant also entered a plea agreement to help investigators find the girls' human remains.

In mid August, investigators searched a root cellar in a remote area in Picher, Okla. after Busick gave officials the location information.

When asked why we should be looking at a root cellar, he mentioned that the other suspect David Pennington had made mentions that he had to fill in a root cellar shortly after the crimes.

READ MORE: Investigators did not find anything at location Busick provided in missing Welch girls case

However, after nearly a four-hour search, the team didn't find anything. This is one of multiple searches over the last 21 years, including one in the summer and winter of 2019.