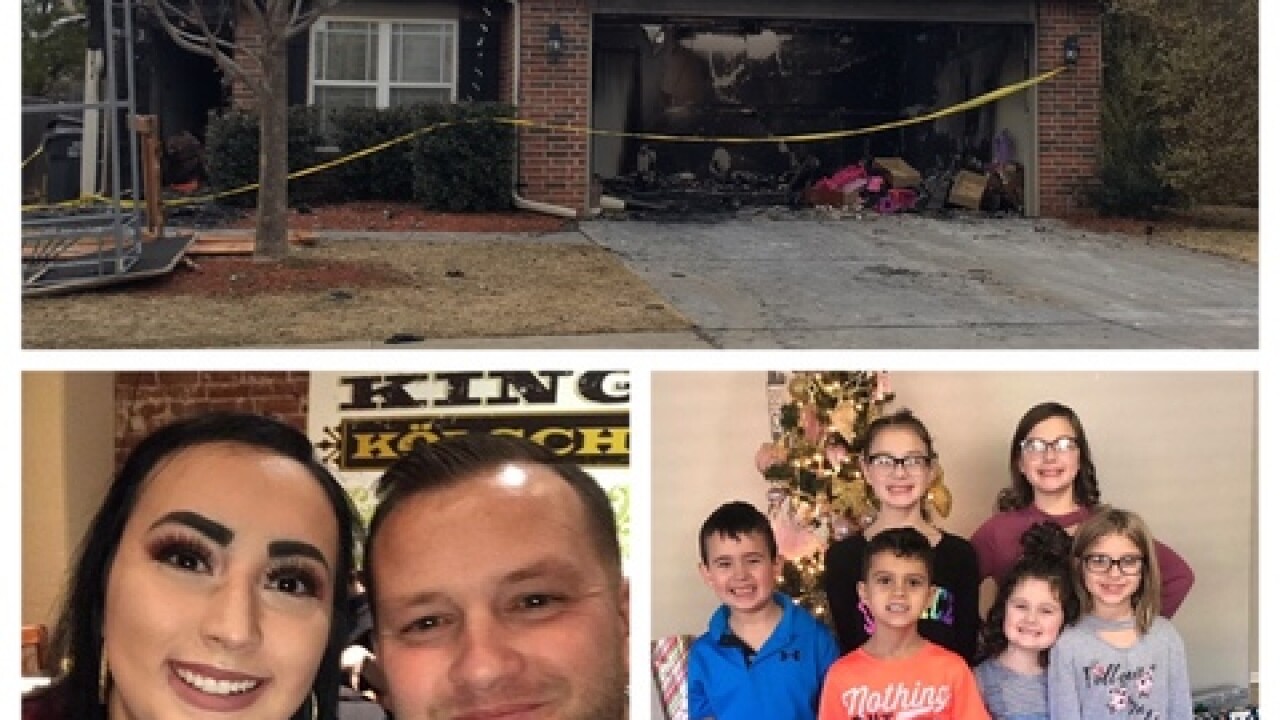 JENKS, Okla. -- Almost everything that belonged to a family of eight went up this weekend in flames.

A raging fire ripped through the house belonging to Danny and Mary Putman and their six children, who are all younger than 10.

"We've been married for five years," Danny Putman said, "and it's the hardest thing that we've ever had to deal with."

He, his wife and children were not home when the fire started. The couple went to a work event in Oklahoma City that night, and the kids stayed with their grandmother nearby. They consider themselves fortunate that no one was home, though they lost their two beloved boxers and three of their puppies in the fire.

"Some of (the kids) are kind of torn up because they lost Christmas presents, clothes, toys that they liked to play with," Putman said. "It's hard on their mom and (me), but it's really hard on them as well because they don't understand all of it."

The cause of the fire remains unknown right now, though the Putmans said firefighters told them it likely started in the garage and spread to the rest of the house. A neighbor said he heard an explosion around the time the fire started early Sunday morning.

The family moved to Jenks six months ago from Henryetta to have a fresh start. Now they're back to square one, but this time they have some unexpected support. A family friend and Putman's coworkers created fundraisers online. One has already brought in more than $6,000 in donations in only a day.

"This neighborhood, Southern Reserve, has been more helpful than we could ever dream of," Putman said. "We get people, just strangers we don't know, coming up. All they know is someone's in need, and they're helping out any way they can."

The family managed to pull a couple of bed frames they could salvage onto the front lawn, but they cannot save much else. Putman said his family is now relying on each other to get through this disaster, while realizing what's most important.

"We're still here. The kids are still here. All the other stuff can be replaced," he said. "Furniture, clothes, TVs, stuff like that, that's replaceable. We as people are not."

If anyone feels inclined to help the Putman family get back on their feet, you can find a link to the GoFundMe page here.