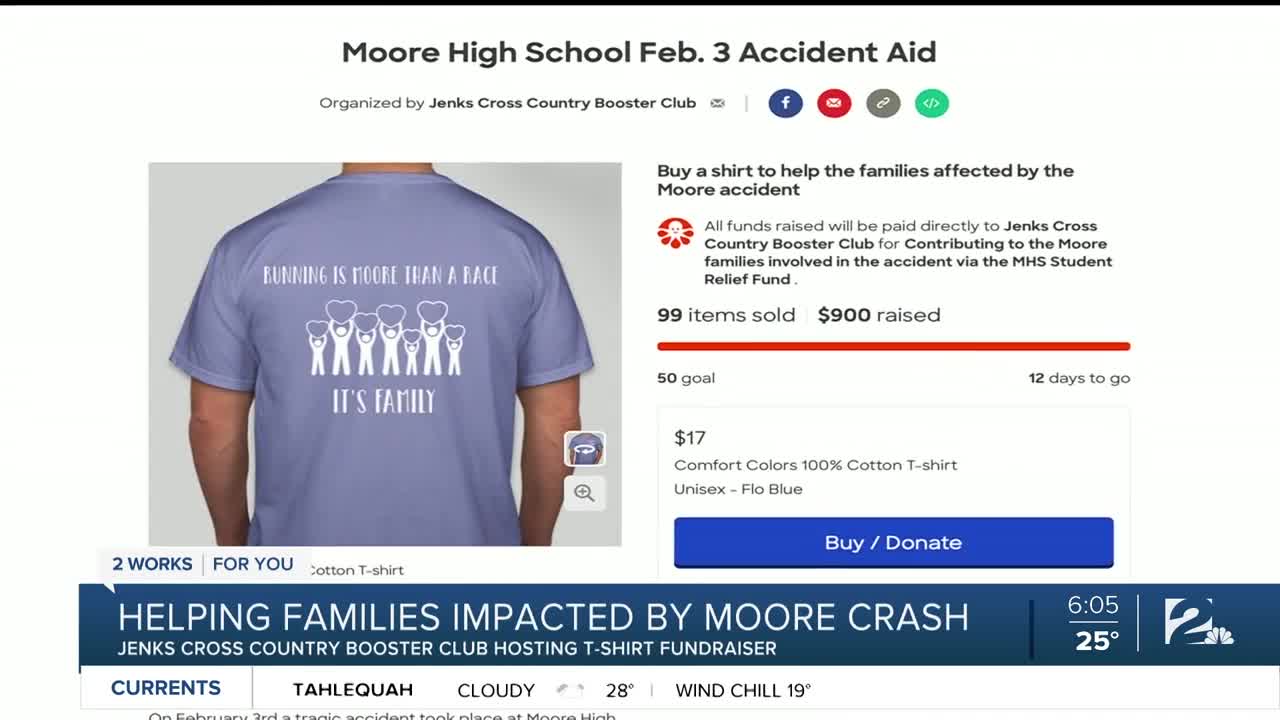 JENKS — The Jenks Track and Cross Country teams are working to help those impacted by last week's deadly crash outside Moore High School.

The team's booster club is selling t-shirts to raise money for families involved.

The shirts read "Running is Moore Than Just A Race - It's Family."

Two students were killed and four were injured when a driver going nearly 80 miles per hour crashed into several cross country runners.

First responders were called to the 300 block of North Eastern in Moore at the beginning of February.

Max Townsend was arrested after police say he crashed his truck into the group of students during cross country practice.

New reports show Townsend was talking to himself and saying, "I lost my son," after crashing his pickup truck.

Police say Townsend's son was killed the prior weekend in a multi-vehicle crash.

According to the Associated Press, Townsend was charged with manslaughter in the deaths of Freeman and Martinez.

Investigators believe Townsend was driving 65 to 70 mph in a 25 mph school zone, the AP says.