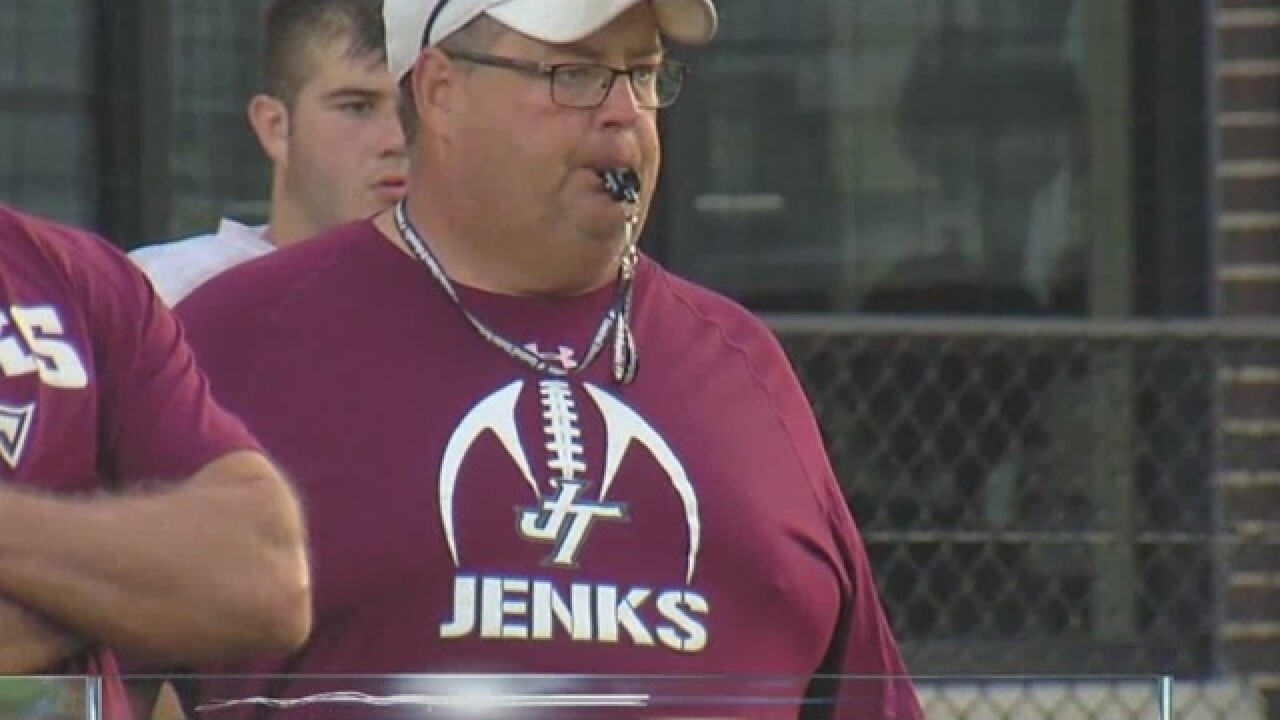 His retirement will formally be announced at a news conference. More details will be released Wednesday, school officials said.

Most accomplished High School Coach this state has ever seen.
Battling ALS with incredible grace.
A look back at what he told his players, after what turns out to be his final game, last November. @KJRH2HD #OKPreps @JenksFootball pic.twitter.com/gKkE1xDXDz

Trimble, who went 242-41 over his tenure as coach, won 13 state titles with the Trojans.