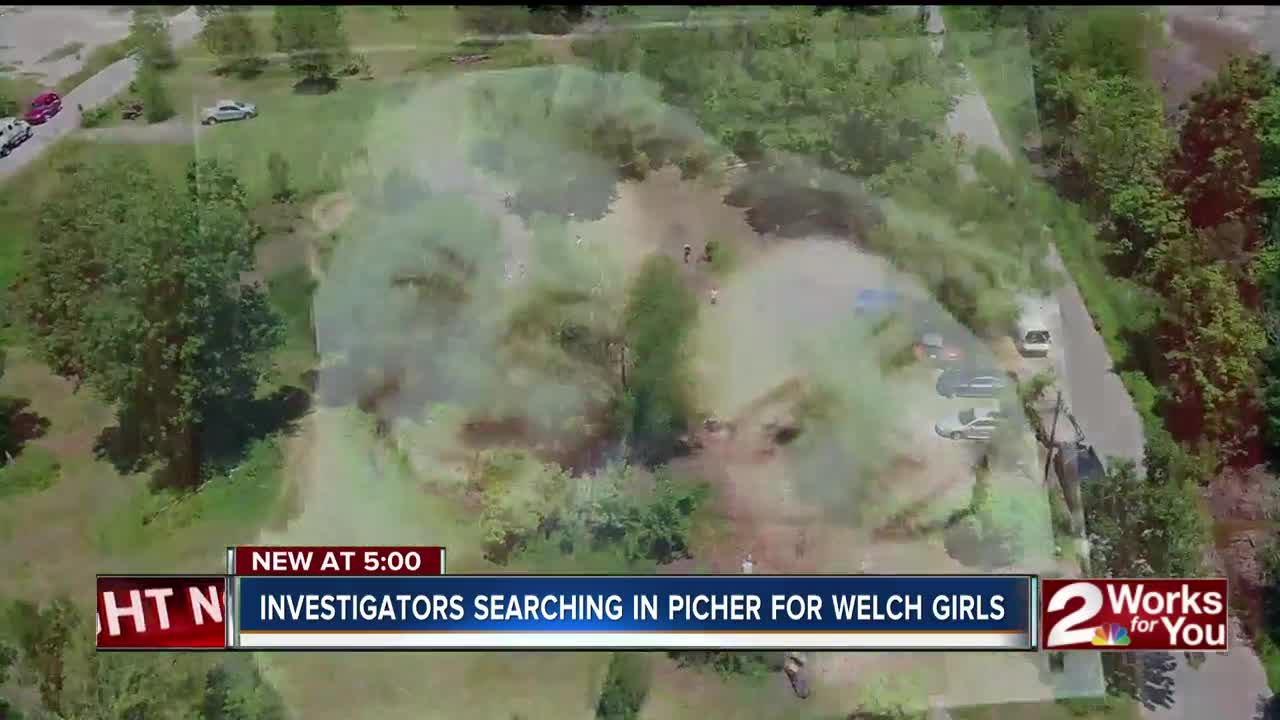 PICHER, Okla. -- Investigators are searching property in Picher for the bodies of Lauria Bible and Ashley Freeman who were believed to be murdered nearly 20 years ago.

"At first I could’ve shot somebody point blank for putting me and family up there, but the further it goes along we just want to recover Laura’s body and Ashley’s body and go from there," said Lorene Bible, mother of Lauria Bible.

Lorene sat with family members Tuesday watching ground penetrating radar and heavy machinery dig through property, which once belonged to one of the suspect's involved in her daughter's murder.

"The worst was five years, then ten, then it became 15 and December will be 20," said Bible.

"At the end of the day, tomorrow, it may be absolutely nothing but at least we can cross this off the list and go to the next," said Bible.

Those involved in the investigation include O.S.B.I., the Craig County District Attorney's Office, Quapaw Nation, and the Tulsa police dive team.

For more than six years, two investigators from different agencies have led the investigation into the “Welch Girls” case.

The agencies are footing the bill for the search, hoping they can provide some closure for the families. Crews will be out again Wednesday to continue searching for the two girls.

"That’s not any place any family, any mother, any father wants to be," said Bible.

He's due in court in late September. He's in the Craig County jail with bail set at $1 million.