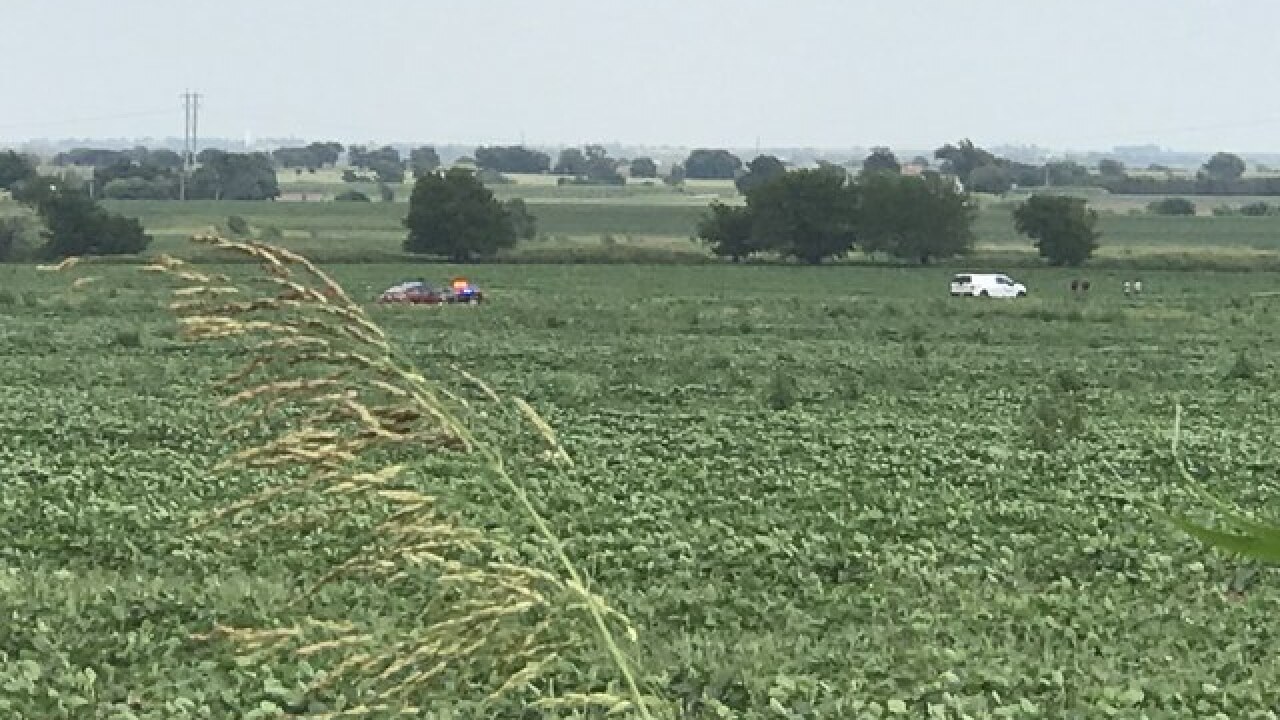 PONCA CITY, Okla. (AP) -- Officials say a Kansas firefighter, three members of his family and a family friend were killed in the weekend crash of a small aircraft in northern Oklahoma.

The Independence Rural Fire Department says Sycamore, Kansas, firefighter Nicholas Warner, two of his sons, his father Bill Warner and family friend Tim Valentine died when the aircraft in which they were traveling crashed about 10:45 a.m. Saturday near Ponca City.

Officials say the plane, registered in Kansas, was leaving the Ponca City airport when it suddenly lost altitude and crashed about 90 miles (145 kilometers) north of Oklahoma City.

National Transportation Safety Board spokesman Peter Knudson says NTSB that investigators plan to wrap up the on-scene portion of their investigation on Monday. Investigators have been at the crash site since Sunday.