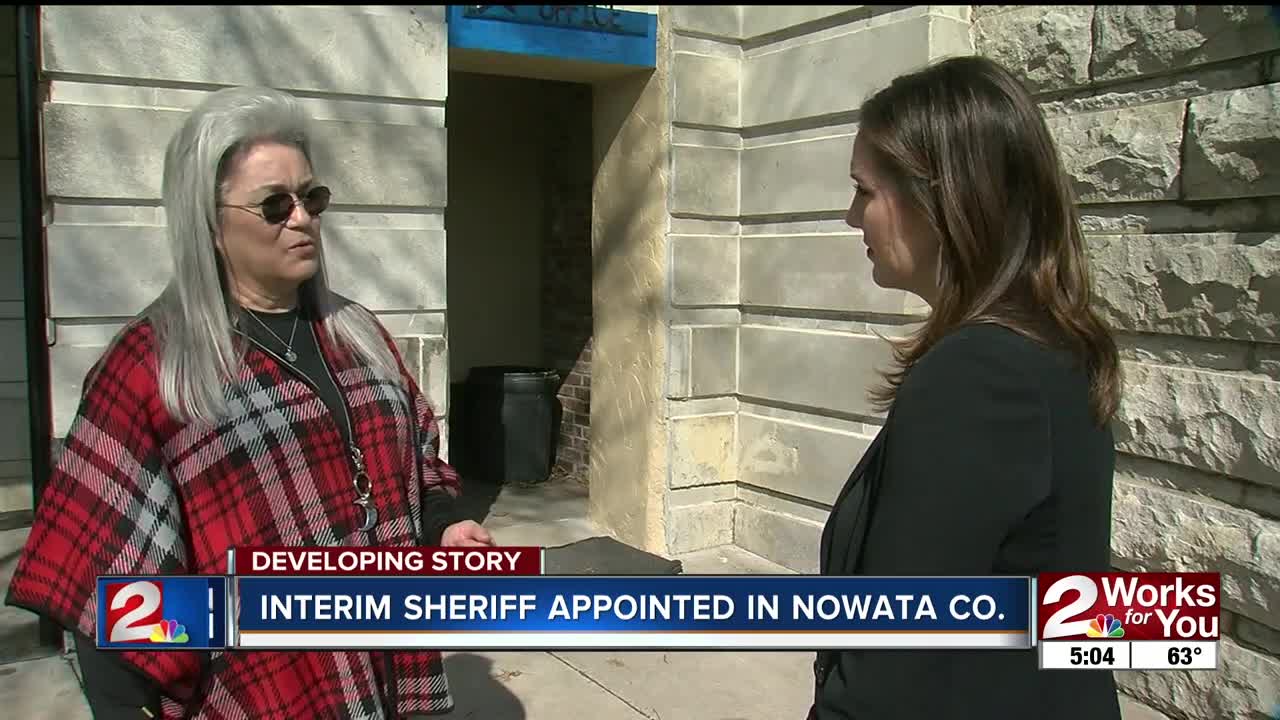 Mirta Hallett was sworn in Wednesday just two days after the previous sheriff and multiple deputies resigned after refusing a judge's order to reopen the county jail.

Commissioners asked Hallett to step in as interim sheriff and first on her list is putting deputies back out on the road.

"I think the people in this county deserve protection," said Hallett. "So, that is a priority with me right now."

Nowata County inmates have been at the Washington County jail since the end of February when carbon monoxide was discovered.

Hallett said she plans to bring them back as soon as it's safe.

"We have some people coming in today to assure us and give us paperwork indicating that it will be safe to return the inmates here. We'll work on some repairs and get it back."

Nowata County Commissioner Burke LaRue said he has no doubt Hallett can handle the job, but said he still has reservations about reopening the jail.

"Yes, we do have a fire alarm coming. We have some other issues down there that can be doctored up but you're talking about a facility that's over 110 years old," said LaRue.

Hallett is not new to the sheriff's office.

She previously served as a major, jail administrator and deputy.

"I held several positions because in a small department like this you wear many hats," said Hallett.

Hallett said she's not looking at a long-term position as the sheriff, but intends to find solutions for the office right now to get things back up and running.

At this time, there is not a set date for when inmates will be moved back to the Nowata County Jail.