Insurance claims at $9 billion from fires 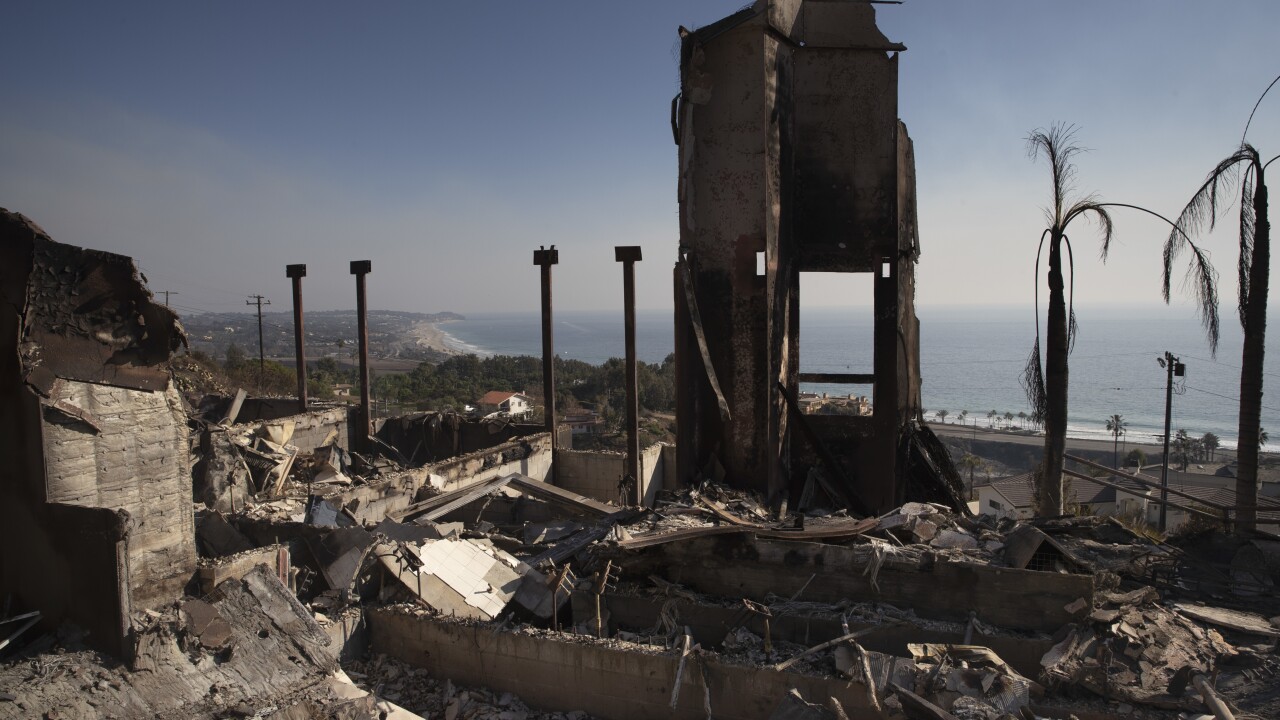 (Copyright 2020 The Associated Press. All rights reserved. This material may not be published, broadcast, rewritten or redistributed.)
Jae C. Hong/AP
FILE - In this Nov. 11, 2018 file photo, a home burned down by a wildfire sits on a hilltop overlooking the Pacific Ocean in Malibu, Calif. Authorities estimate it will cost at least $3 billion to clear debris of 19,000 homes destroyed by California wildfires last month. State and federal disaster relief officials said Tuesday, Jan. 11, that private contractors will most likely begin removing debris in January from Butte, Ventura and Los Angeles counties and costs are likely to surpass initial estimates. (AP Photo/Jae C. Hong, File)

State insurance commissioner Dave Jones announced the figure Wednesday and said it is likely to rise.

About $7 billion in claims are from the Camp Fire that destroyed the Northern California city of Paradise. The rest is for the Woolsey and Hill fires in Southern California.

There are more than 28,000 claims for residential personal property, nearly 2,000 from commercial property and 9,400 in auto and other claims for the fires.

That's well above the number of claims filed following a series of fires that tore through Northern California's wine country last year. Losses resulting from those fires were initially pegged at $3.3 billion but eventually grew to $9 billion.

A Northern California utility says it found damaged power lines and other equipment with bullet holes at two sites near where the state's most destructive wildfire in at least a century is believed to have started.

Pacific Gas & Electric on Tuesday told regulators that inspectors found a broken hook and a "flash mark" on a high-voltage tower, suggesting a power line broke free and made contact with the tower at the same location and time the Nov. 8 fire is believed to have started.

Investigators have not determined what caused the wildfire. A growing number of fire victims have filed lawsuits alleging that PG&E's equipment started the fire that destroyed the town of Paradise and killed at least 86 people.

Insurance claims and cleanup costs associated with California wildfires last month are expected to exceed the record-breaking amounts paid out last year after blazes ripped through the state's wine country.

The California Office of Emergency Service says it will cost at least $3 billion to clear debris. Most of the work will occur in Northern California, where the Camp Fire destroyed the city of Paradise and killed at least 86 people.