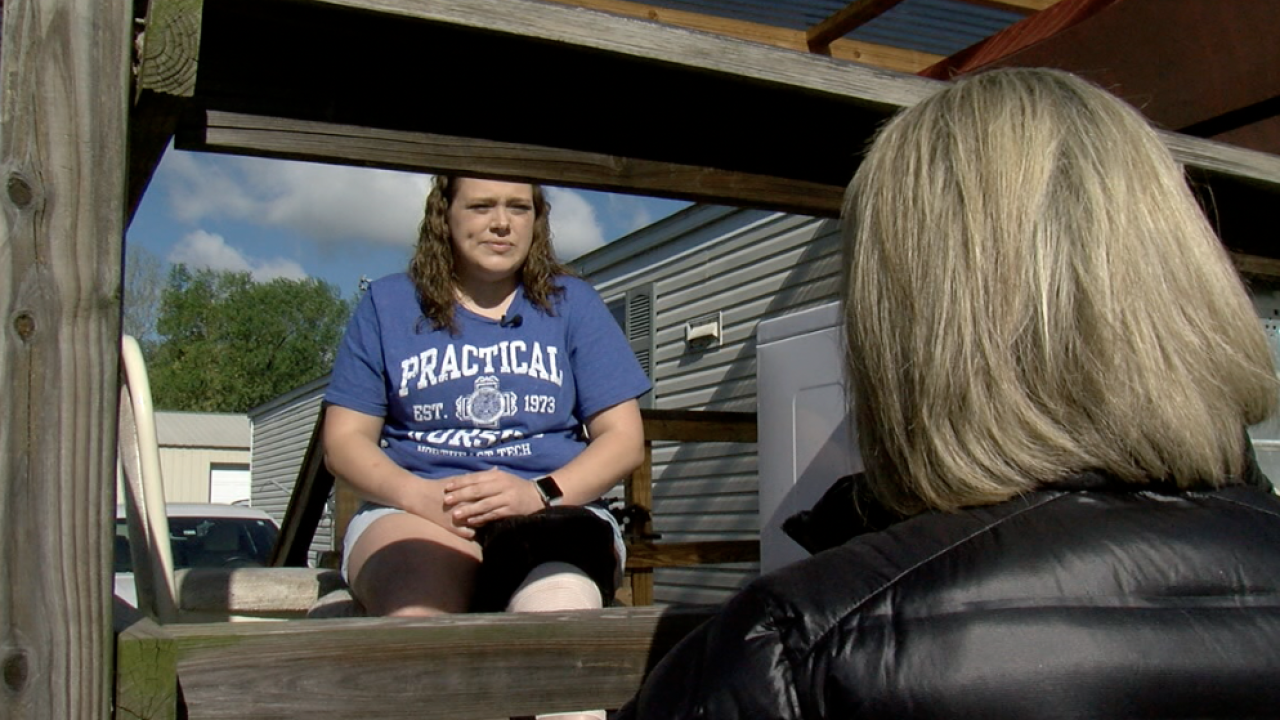 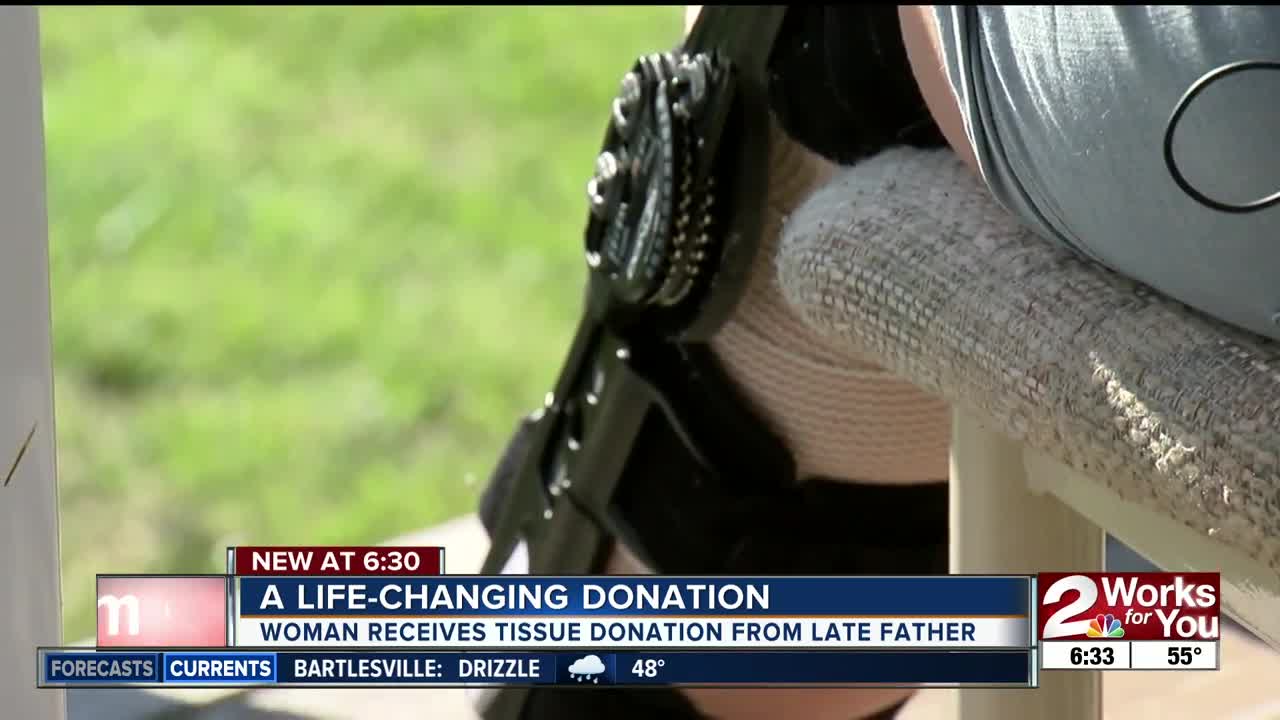 INOLA, Okla. — An Inola woman suffered a painful injury requiring surgery, but it was her deceased father who came to the rescue.

“Some people have thought, ‘What? This is out of the box,’” Moriah Lee, who lost her father back in August, said.

Even after death, Lee’s father's love keeps on giving.

She said the worst pain she ever felt was when she lost her father, Gene Carroll. Even now, after tearing her ACL and undergoing surgery, Lee said that pain is nothing compared to the fact her dad isn't just a phone call away.

"It's kind of one of those things you just take it day by day and think ‘Oh I wish I had dad to call, especially when something big happens,’” Lee said.

Carroll was traveling down a dangerous intersection in Porter in August when his vehicle collided with another. He didn't survive.

RELATED: How to become an organ donor in Oklahoma

"It was very unexpected,” Lee said.

The family was left to make a hard decision.

"We literally left the hospital and made it to a place to eat and they were calling my phone,” Lee said.

Life Share of Oklahoma called to ask the family if they'd be willing to donate Carroll’s organs and tissues.

“I was like ‘OK if you guys think you can get something,’’ Lee said. “One last way for my dad to benefit anybody on this earth."

Little did Lee know, her father's donation would come full circle. A nasty fall nearly nine months after Carroll's death sent Lee to the hospital where she learned her ACL was torn and needed to be repaired.

"The doctors told me there were three options to how we could fix it, and one of them was using a cadaver,” Lee said. “So, I got the idea of ‘Hey, can I use my dad’s?’"

A quick phone call to Life Share and Lee said the crazy idea turned into reality. Although Carroll had already given much of his tissue to help others, it appeared fate left a piece of hope for his daughter.

"We looked at it as the interior and posterior tibialis that held him up for 63 years, is now mine,” Lee said.

Her surgery was a success thanks to her father. It’s a gift she said he would have given even if he was still alive.

"My dad would have given up his anything for me in a heartbeat to make me full and whole again,” Lee said.

As Lee’s knee begins to heal, her heart has also found a way to mend.

"I'm just happy to have a piece of my daddy back,” she said.

The month of April is “Donate Life” month. Life Share states that every 10 minutes a new name is added to the transplant waiting list.

However, just one organ donor can save eight lives and one tissue donor, such as Lee's dad, can help more than 75 people.