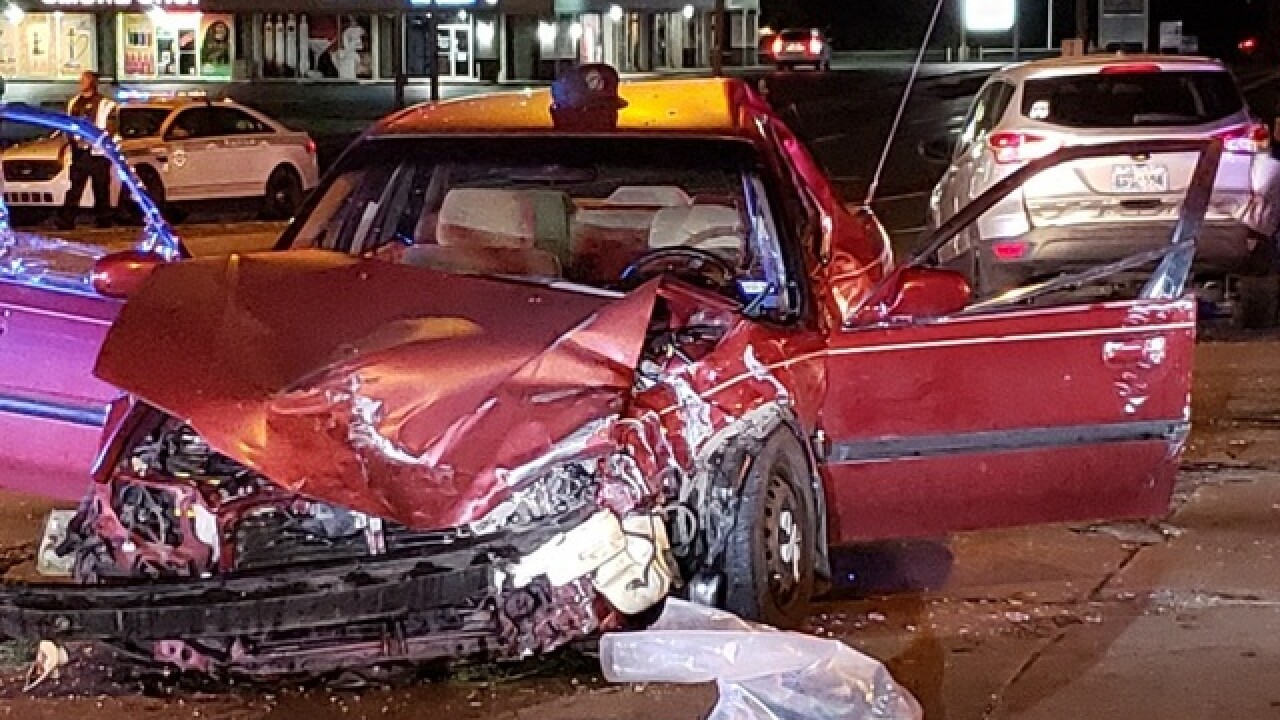 Two people were sent to the hospital overnight after a crash during a police chase.

It all started just before midnight when officers attempted to pull over a 1991 Honda Accord for an unsafe lane change. Tulsa Police say the 35-year-old man driving the car refused to stop, and sped away.

According to the incident report, the car was driving on the opposite side of the road and ran the red light at 51st and South Memorial Drive, slamming into a 2015 Ford Escape. The 26-year-old woman driving the SUV was transported to the hospital in stable condition with a head injury.

The driver of the car was also admitted in stable condition with head and body injuries.

Once released, he could face charges including eluding and traffic violations.