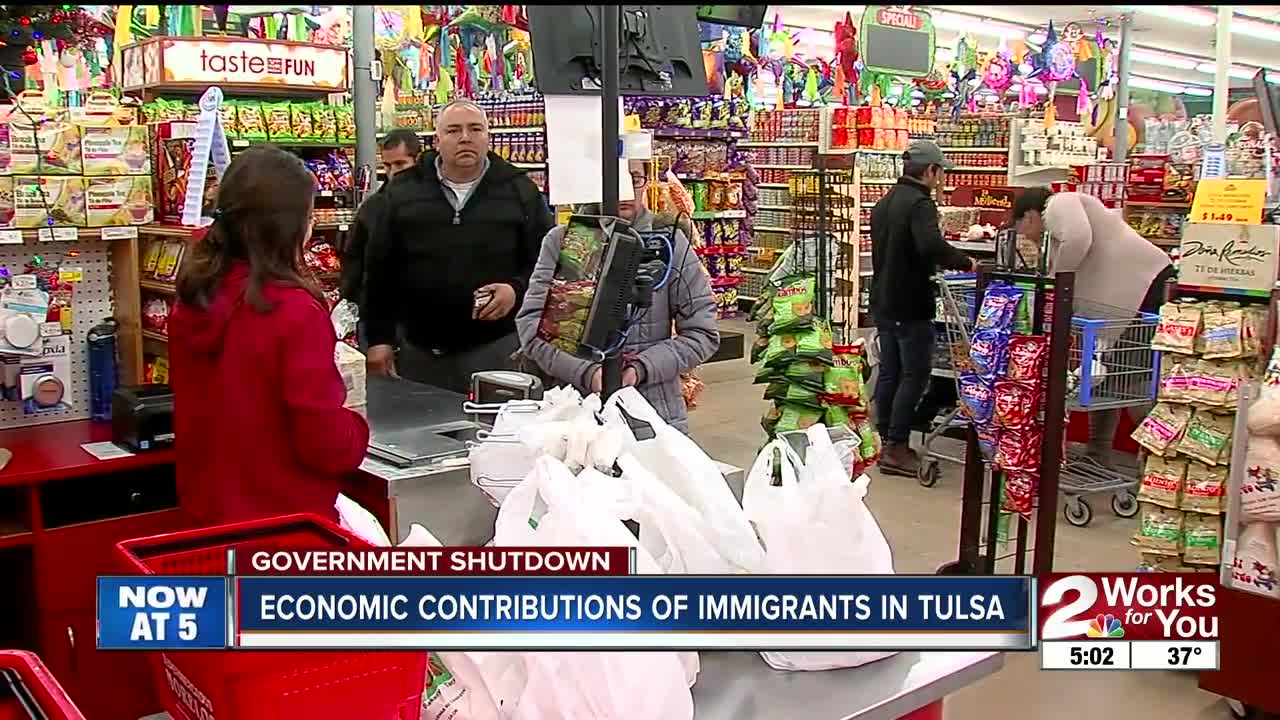 Amid the government shutdown, we take a look at how immigrants are contributing to the Tulsa metro area's economy. 2 Works for You Reporter Gitzel Puente sat down with the City of Tulsa to go over the latest data.

TULSA, Okla. — If it weren't for immigrants, Tulsa's population would be about 1/4 fewer than 10 years ago.

According to Christina Da Silva, Deputy Chief of Staff for the City of Tulsa, immigrants accounted for about 24 percent of the city's growth.

It's a group that continues to grow both in population and in diversity.

Da Silva says immigrants are crucial to the local economy, as many take on jobs that are in high demand like construction.

Immigrants make up about 21 percent of the total workforce in construction, followed by tourism and hospitality at 14 percent and manufacturing at 14 percent. Also, many of them are starting businesses.

"We found that immigrants are actually more likely to start their own businesses than a U.S. native-born person," Da Silva said.

An example of a successful business that significantly contributes to the local economy is Supermercado Morelos. The grocery chain currently expanded last year to four stores in the Tulsa area and four stores in Oklahoma City.

"We started the first store with 20 people, and we never imagined we would have 300 people,” said Francisco Ibarra, one of the owners of the chain.

He says his family moved from Mexico about 20 years ago, saved up some money and started the supermarket.

The City of Tulsa says the immigrant population seems to be one that's not slowing down.

"As the city grows and becomes a more world-class city, what's exciting is being able to celebrate the diversity," Da Silva said,.