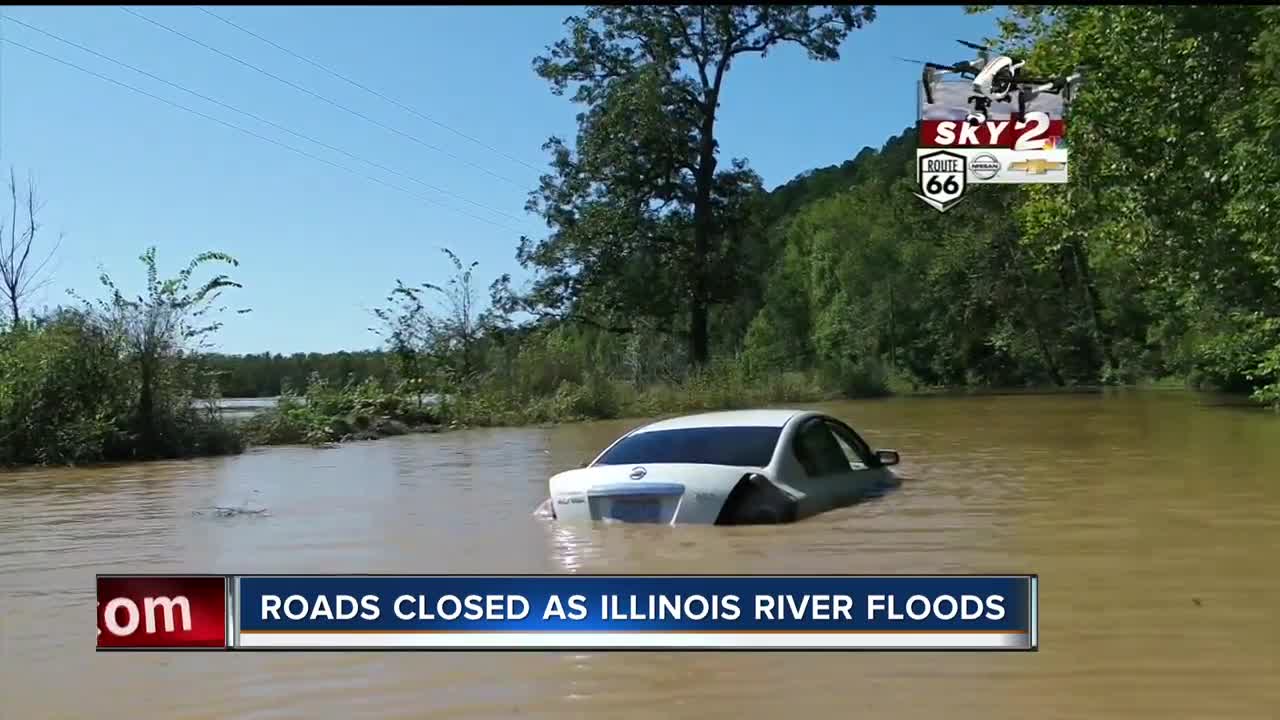 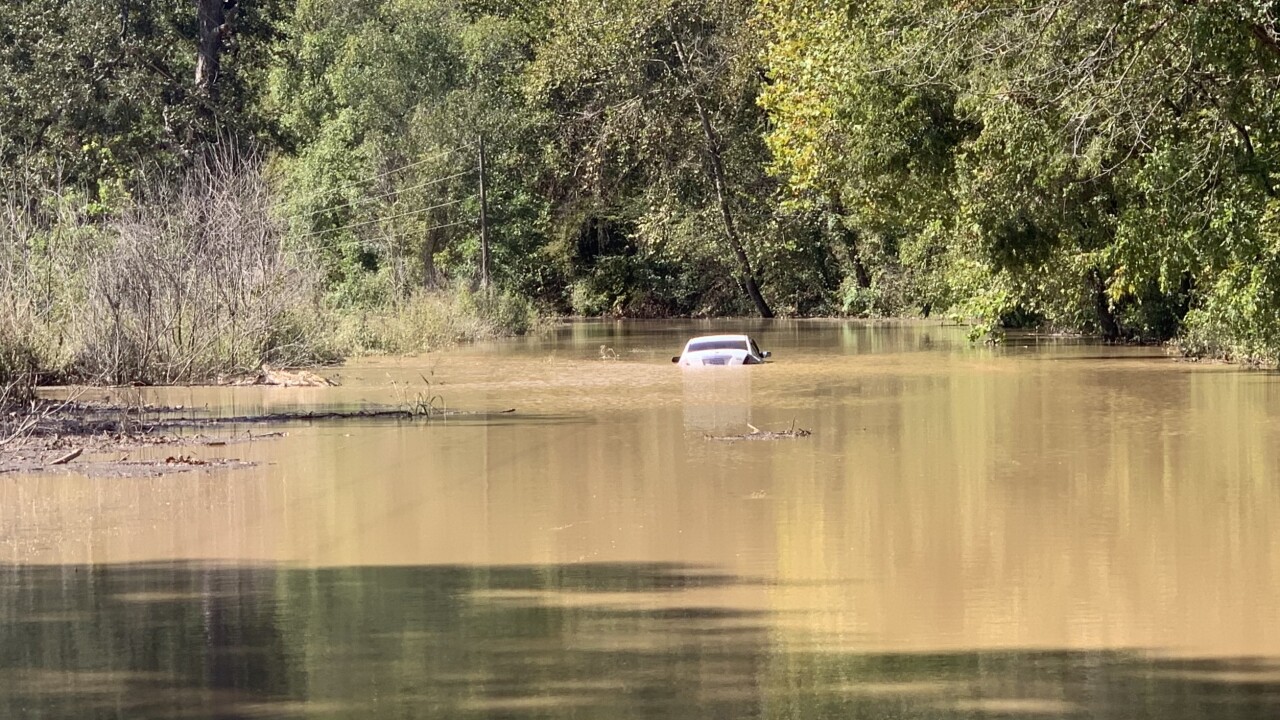 TAHLEQUAH, Okla. — The Illinois River rose more than 20 feet Monday, causing flooding from Arkansas down to Tahlequah. Rain in Arkansas over the weekend caused the river to rise as high as 24 feet in some areas.

“We had one of those rain events that’s intense, short duration, did not occur on the lower end of the river reach here," said Ed Fite with the Grand River Dam Authority. "We just had about a half an inch of rain and so no one was really anticipating that kind of rain fall.”

Susie Pipkins has been watching people drive into high water in front of her house on Highway 10 for almost 20 years. A car was left submerged Monday after a man drove into the water while taking his son to the hospital at 5:30 a.m. Both are okay; however, that wasn’t the first close call Monday morning. Pipkins said she had to call 911 three different times.

The river is high enough right now that it is submerging multiple campsites along the shore. The GRDA said this is one of the top 20 flood events to happen on the river in the Tahlequah.

Pipkins said the flooding started outside her house around 3:30 Monday morning, but the road was not blocked off until after 8 a.m. She is calling on authorities to have faster response times and close the roads sooner.

“What if that man would have died this morning?" she said. "Three hours? Not a good response time.”

The river is expected to start going down around 8 p.m. on Monday. Roads and bridges should start opening late Monday night or early Tuesday morning.