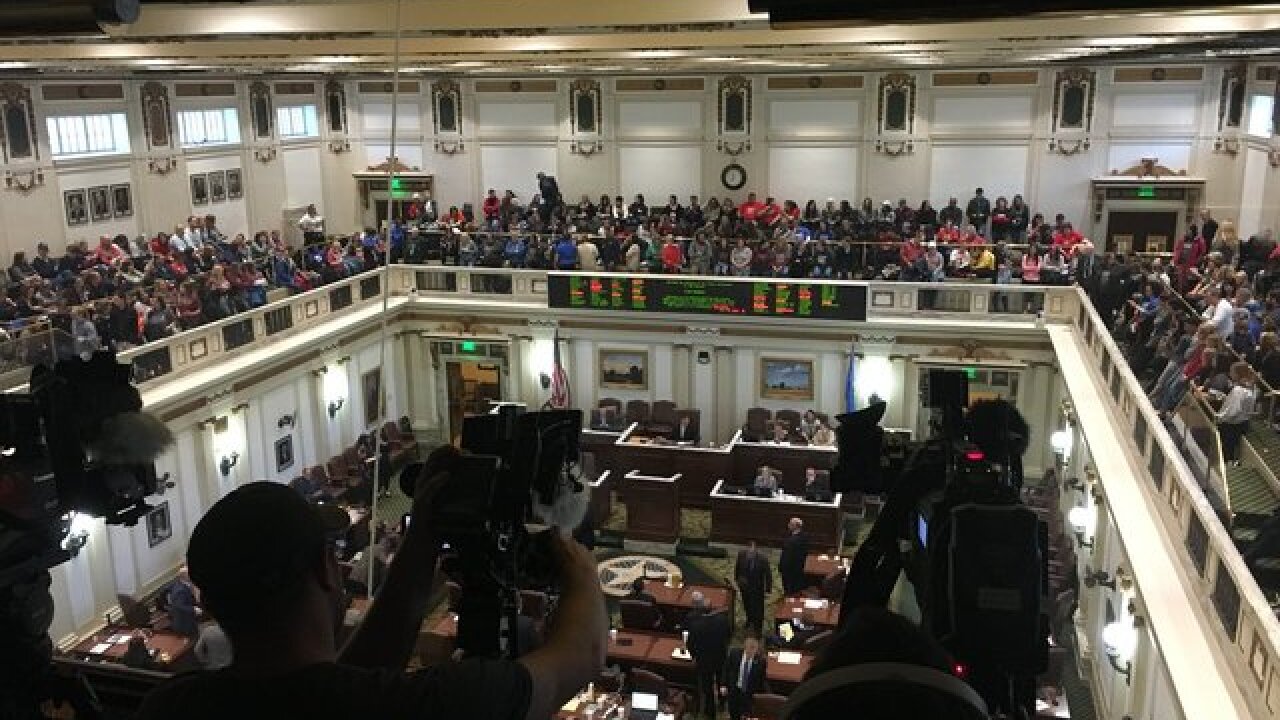 OKLAHOMA CITY -- The Oklahoma House has passed a bill that could add about $20 million to fund public education.

Representatives voted to adopt an amendment to House Bill 1019, which would send revenue to fund public education. HB 1019 passed the House on Wednesday evening, and the Senate says it plans to vote on the bill Thursday.

HB1019 passed the House and is sent over to the Senate. Senators have told representatives they plan to vote tomorrow @KJRH2HD pic.twitter.com/ImhSurzWVL

HB 1019 is a sales tax on third party Amazon vendors.

If it’s passed, it’ll bring $19.6 million to education this year, and $20.5 million in following years, which Rep. Scott Inman says can make up for the funding hole in the bill Gov. Fallin signed last week to fund education.

Lots of hugs and high fives outside of session. Teachers chanting “we’ll be back” as representatives leave @KJRH2HD pic.twitter.com/0folKUQdco

However, the majority leader has made his stance clear: there is no hole.

“It comes down to two things, either one, a total misunderstanding of how the state budget works, or pandemonium and drama that plays into politics that drives real into educators and making them distrust their legislators,” said Kevin Wallace, Chairman of Appropriations and Budget in the Oklahoma House.

The teachers in the gallery at the Capitol were pleased when the amendment was adopted.