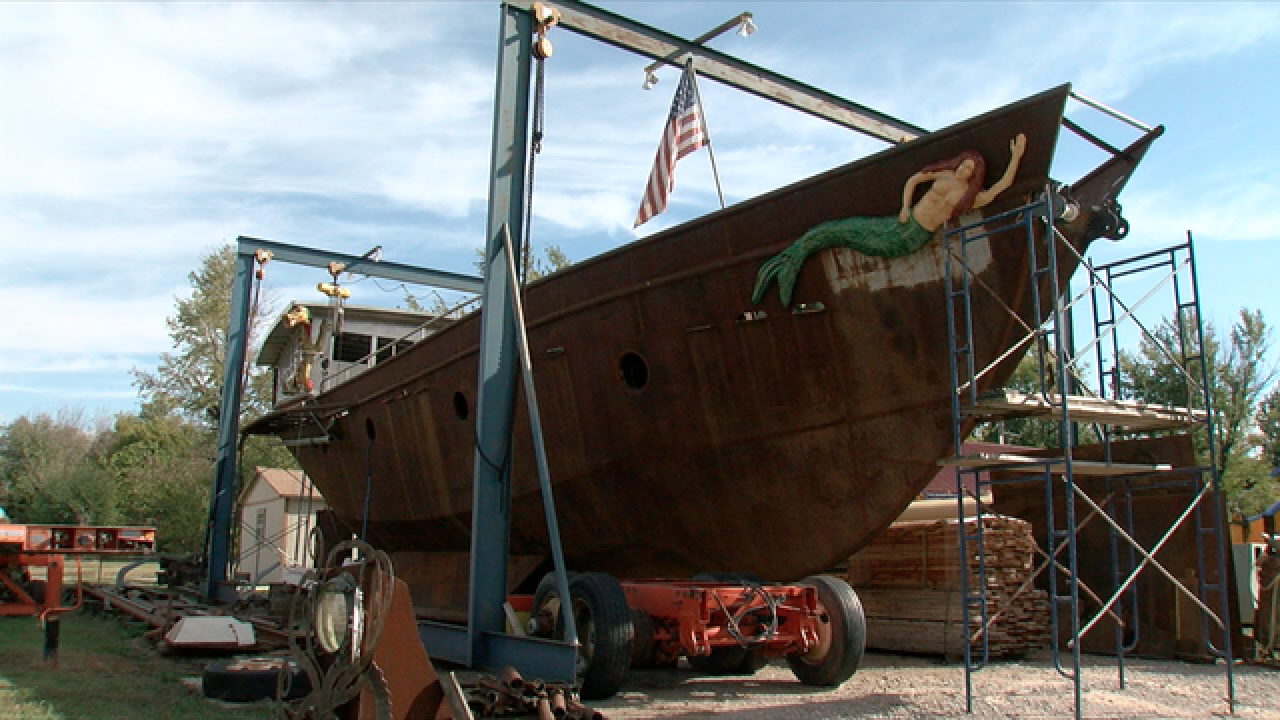 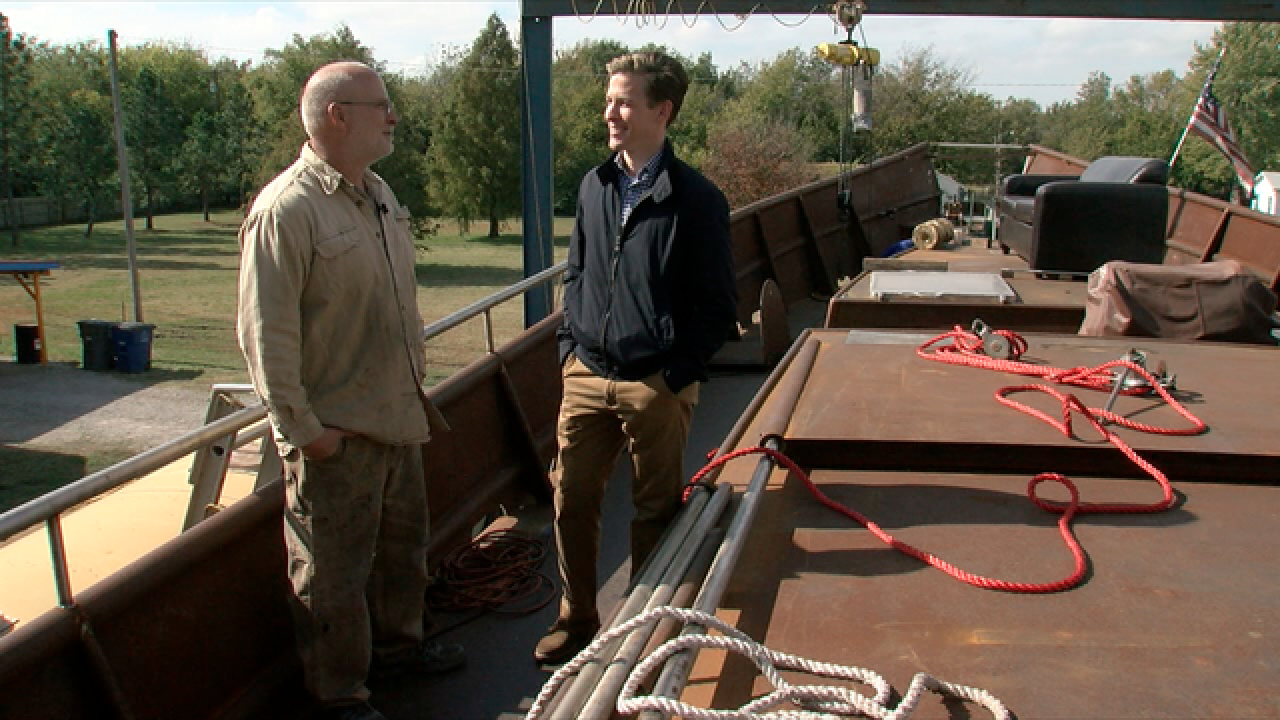 TULSA -- Hundreds of volunteers from across the world have come to help a man build a massive steel sailboat in his front yard.

For the past six years, Doug Jackson has spent most of his evenings, weekends and free time putting together a hulking ship that he calls the Sailing Vessel Seeker, or SV Seeker for short.

"She's kind of my dream and my passion," Jackson said, "and it's become the passion of a lot of people as well."

When he began building the Seeker, he shared the progress online. His YouTube videos drew in viewers as well as workers from almost every continent. A map on the ship's website lists more than a hundred people who have come to Tulsa to work: some from as far as India, South Africa and Sweden.

An art teacher in California even made the mermaids proudly displayed on the bows. Currently, a transient man named Frances left a fishing boat in Alaska to work on the one in Jackson's front yard.

"This is anybody and everybody (helping)," Jackson said. "It doesn't matter what your beliefs are. As long as you get along with other people, you're good here."

Jackson explained why an IT worker, like himself, would take on such a strange project. He put it simply: he wanted to learn something new and chase a thrill that he knows his late father would have.

"My dad was a real adventurous-type person," he said, "so, as I've gotten older, I've decided to be more like dad."

Jackson said he plans to live on the SV Seeker, but he'd also like to eventually give rides free of charge to researchers and ocean scientists working on projects at sea. His ambitious plans call for taking the boat to the Port of Catoosa, where he'll then sail the Verdigris River to the Arkansas and down the Mississippi to New Orleans. He'll then hit the open ocean from there.

It, however, remains unclear when the SV Seeker will even set sail. Jackson has no set date to complete the ship, and that's perfectly fine with him.

"It's not working to a timeline or a timetable or anything like that," he said. "The process is to learn and enjoy and live this day fully."

The ship is being built in front of Jackson's home near Ute and Lewis. To learn more about the SV Seeker, visit the website here.