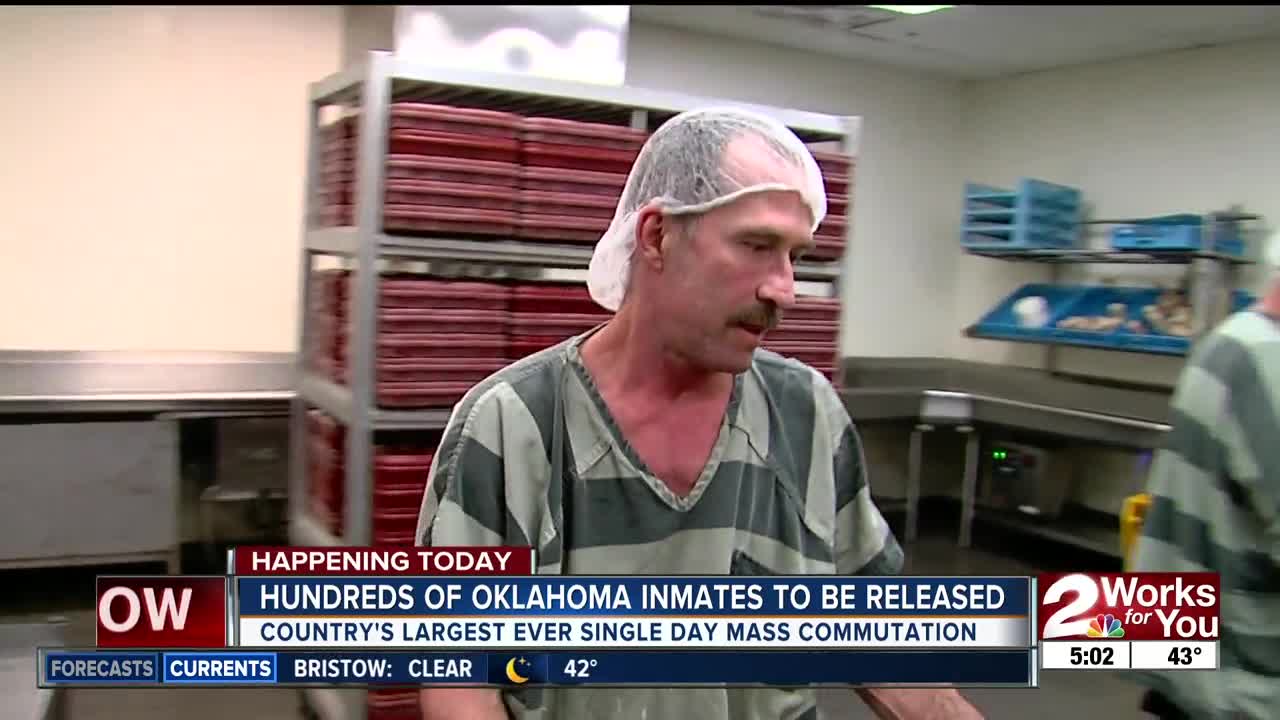 TULSA - Oklahoma is making history after a state panel approved the commutations of more than 450 inmates.

Hundreds are set to be released from prison Monday and reunited with family and friends.

It's being called the largest-ever single day US mass commutation.

This comes after Oklahomans in 2016 approved a state question that made low-level drug and property crimes misdemeanors instead of felonies.

After being released, she completed a program through his open door transitional living.. Got her own apartment and has had a job as a welder for almost a year.

“I’m excited that they’re getting a second chance," said Davidson. "I hope that they utilize the resources that they’re given and take it serious.”

Pardon and Parole Board Head Steve Bickley said this will be the biggest mass release of prisoners since former President Barack Obama commuted drug sentences of 330 federal prisoners.

State officials said Oklahoma is expected to save about $11.9 million dollars in average prison costs once the inmates are released.