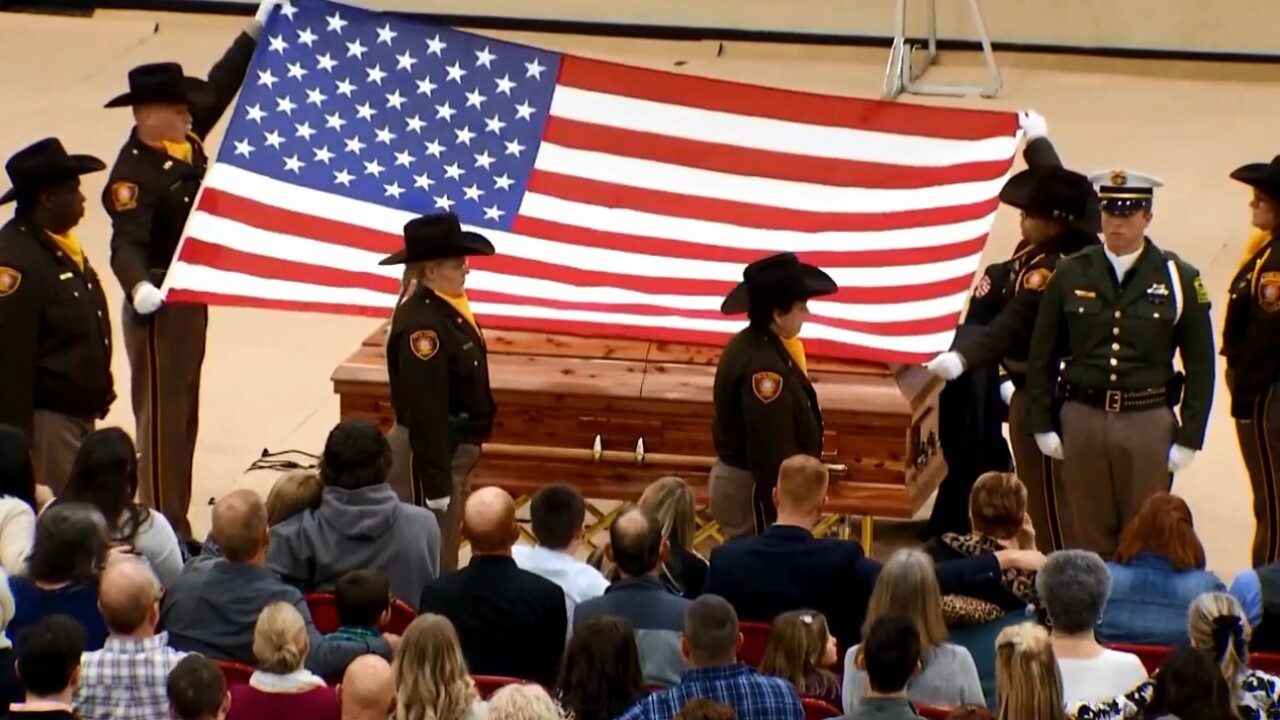 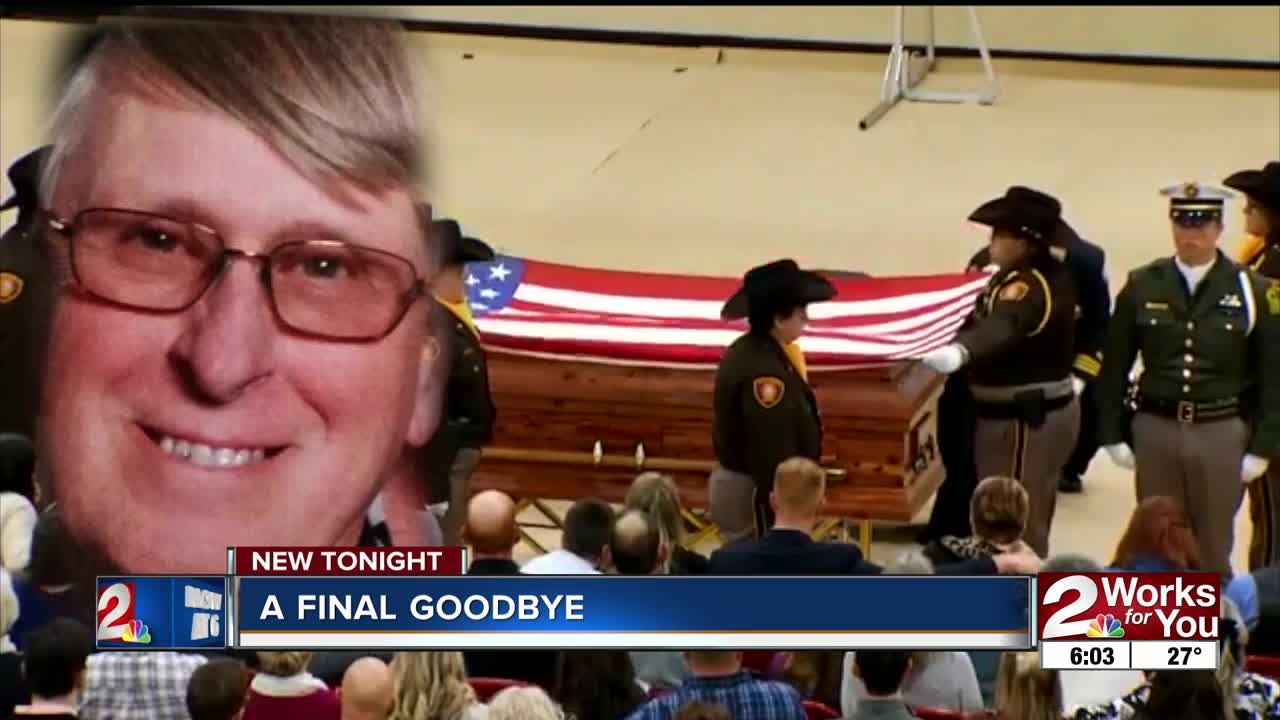 CLEVELAND, Okla. — Dozens of law enforcement agencies across the region supported the Pawnee County Sheriff’s Office as they laid to rest one of their own.

The life of Pawnee County Undersheriff Monty Johnson was honored during a memorial service on Thursday afternoon in Cleveland. The service was held at the Cleveland High School campus, the school from where he graduated from in 1974.

Johnson died while on duty Feb. 21. Another driver crossed the center line on Highway 18, hitting him head on before 6:30 a.m., the Oklahoma Highway Patrol said. He was pronounced dead on the scene due to massive injuries.

At his service, Johnson was described as a humble man, one who never missed a church service and was kind and respectful to everyone he met.

Johnson was the steady hand, the one who added calm to all situations, fellow deputies say.

Even those he arrested spoke highly of him, said Justin White, Johnson’s personal pastor and a chaplain for the Cleveland Police and Fire Departments.

He loved the people he served, and no matter why they were in his patrol car or in his office, Johnson treated them with dignity, White said.

Johnson served the PCSO for 15 years and was a 32nd Degree Mason. He was an avid historian, loved to travel and was a volunteer for many causes with his church and the Terlton, Cleveland and Pawnee communities.

He leaves behind wife, Anita, and three adult children, 12 grandchildren and 10 great-grandchildren.

Representatives from law enforcement agencies all over the state and region attended Thursday's service, with the Tulsa County Sheriff's Office Honor Guard playing bagpipes, acting as pall bearers and posting guard at the casket all day. Honor Guards from various other agencies were present, including the Dallas PD Honor Guard.

Tears were shed throughout the Cleveland Event Center as the last call for "Pawnee County 306" played over the public address system.

Deputies from Creek, Osage and Payne Counties helped patrol the area while local agencies and first responders paid respects to Johnson and his family. The Tulsa Police Department assisted with traffic control during the long funeral procession that followed the service, and the Oklahoma Highway Patrol took honors in anchoring the procession as it traveled from Cleveland to the Terlton Cemetery.

Johnson was laid to rest after a 21-gun salute at a private burial service for family and law enforcement.

His casket was available for public viewing all day Wednesday at the Pawnee County Courthouse.