How the Browns were sold on Baker Mayfield 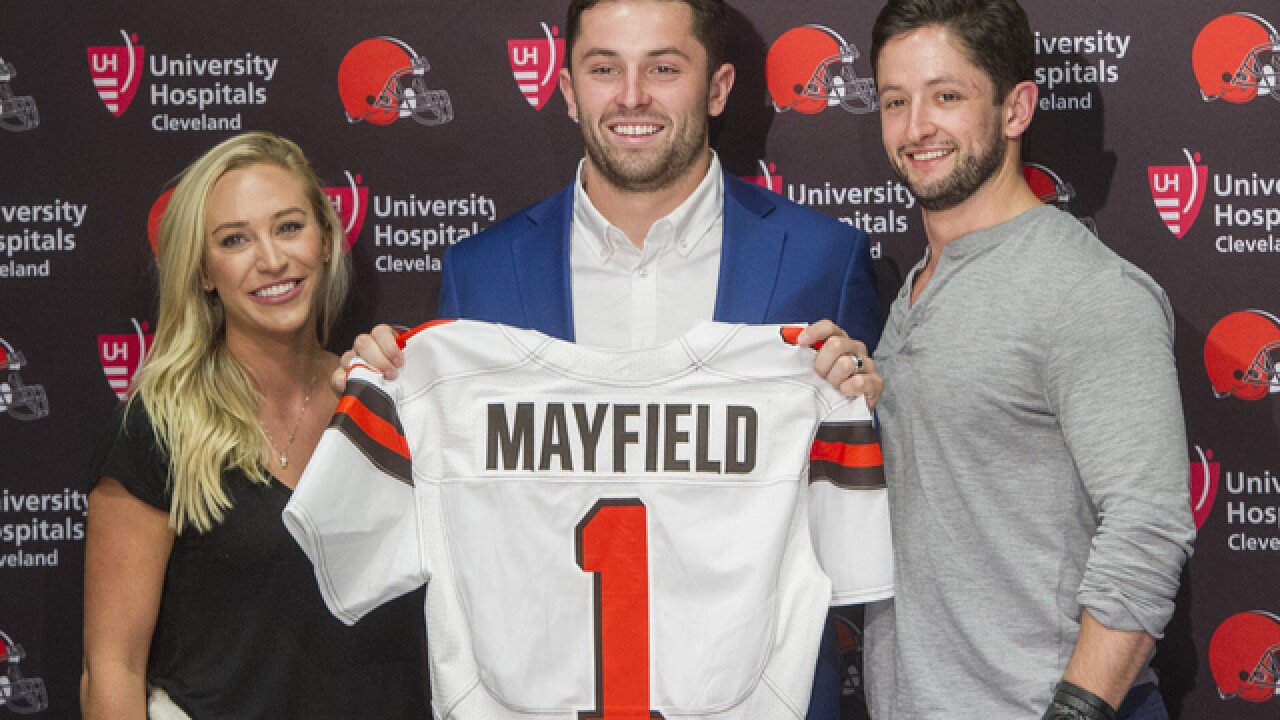 The Cleveland Browns are feeling quite confident in No. 1 pick Baker Mayfield, according to an ESPN report.

The team had heard concerns over Mayfield's size and behavior before the draft, but they focused on his ability to play the game in making him the No. 1 pick.

"The guy knows how to play the game, and knows how to win," general manager John Dorsey said. "Trust your eyes."

The report also mentions Mayfield's ability to rally a team, and the effect that he had on teammates.

"In pregame, he would walk by a group of Oklahoma players and there was just that instant energy that everyone had," assistant general manager Eliot Wolf said of a game against Texas.

"Baker Mayfield from a football IQ standpoint is as good as I have been around," Jackson said.