How Green Country schools have adapted since the Parkland School Shooting 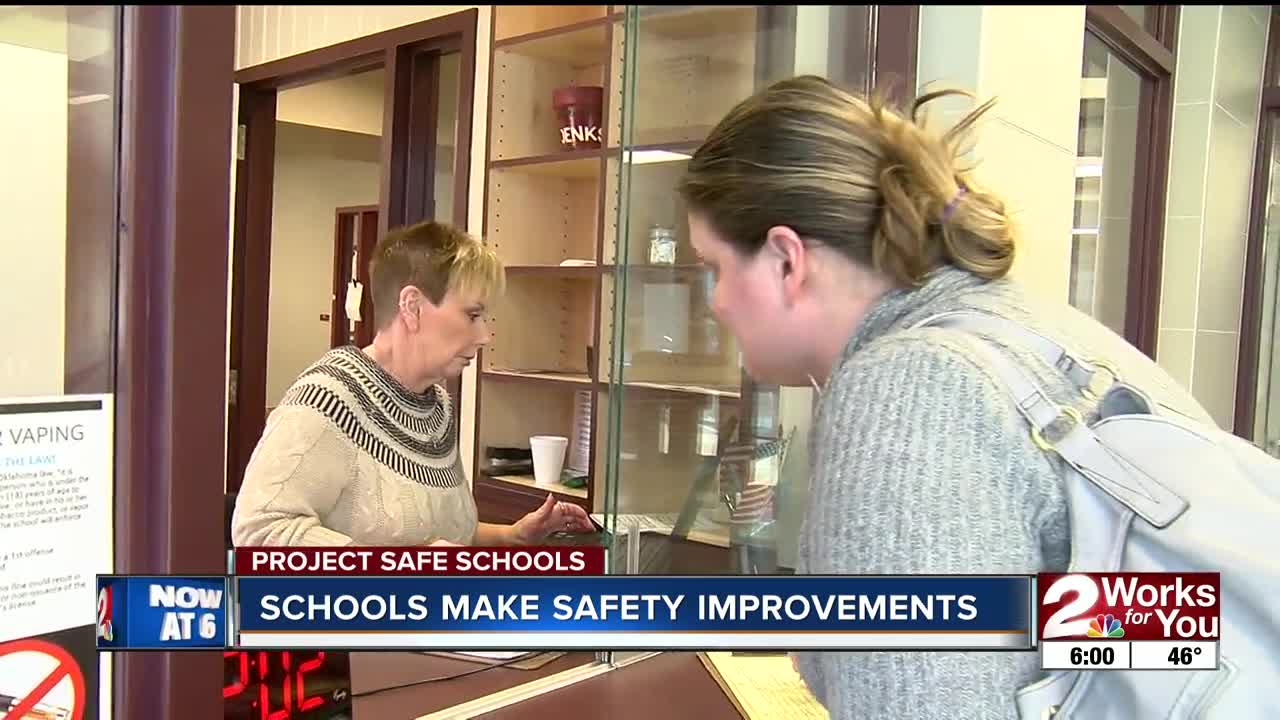 How Green Country schools have adapted since the Parkland School Shooting

TULSA, OK (KJRH) — One year has passed since 17 students and staff members lost their lives in a school shooting in Parkland, Florida. In the year since, several Green Country schools have received threats; but they are also constantly changing procedures and implementing new security measures to keep kids safe.

In February 2018, Bixby schools received a threat that put the entire district on lock-down. Superintendent Rob Miller says the schools have received several threats since then, but the schools are also implementing nearly a dozen new programs and security measures to make students safer in school.

Many districts have been preparing with increased security measures. In the past year, Jenks has put several security measures in place, including a second set of doors at entrances that lock automatically. The doors force anyone without access to the building to go through a monitored front office and sign in with their driver's license.

"A lot of times what we've seen in the past is these attackers will take the path of least resistance," said Rob Loeber, Jenks Public Schools Director of Communications. "We want to provide as much resistance as we possibly can."

Loeber says since the Parkland school shooting on Valentine's Day 2018, school districts across the country have implemented similar measures.

"Every school district in the country should have looked at that," Loeber said about Parkland, "and said, 'okay, where could we potentially be targeted and how?' and try to address that as best as you can."

In January, Salina schools went on lock-down in response to a threat called in to a school resource officer. The lock-down was lifted with the suspect taken into custody, but officials are using the experience to learn what to do for next time a lock-down needs to be initiated.

"We're going to have some conversations in the next month about if there are things we can do better," said Salina Public Schools Superintendent Tony Thomas. "With what just happened, let's look and evaluate it... If we need to tweak ours to make it safer for our kids, we're for that."

Part of the Jenks bond proposal is money set aside for school safety. That money would go toward finishing putting in security doors across the district, and adding extra surveillance equipment.