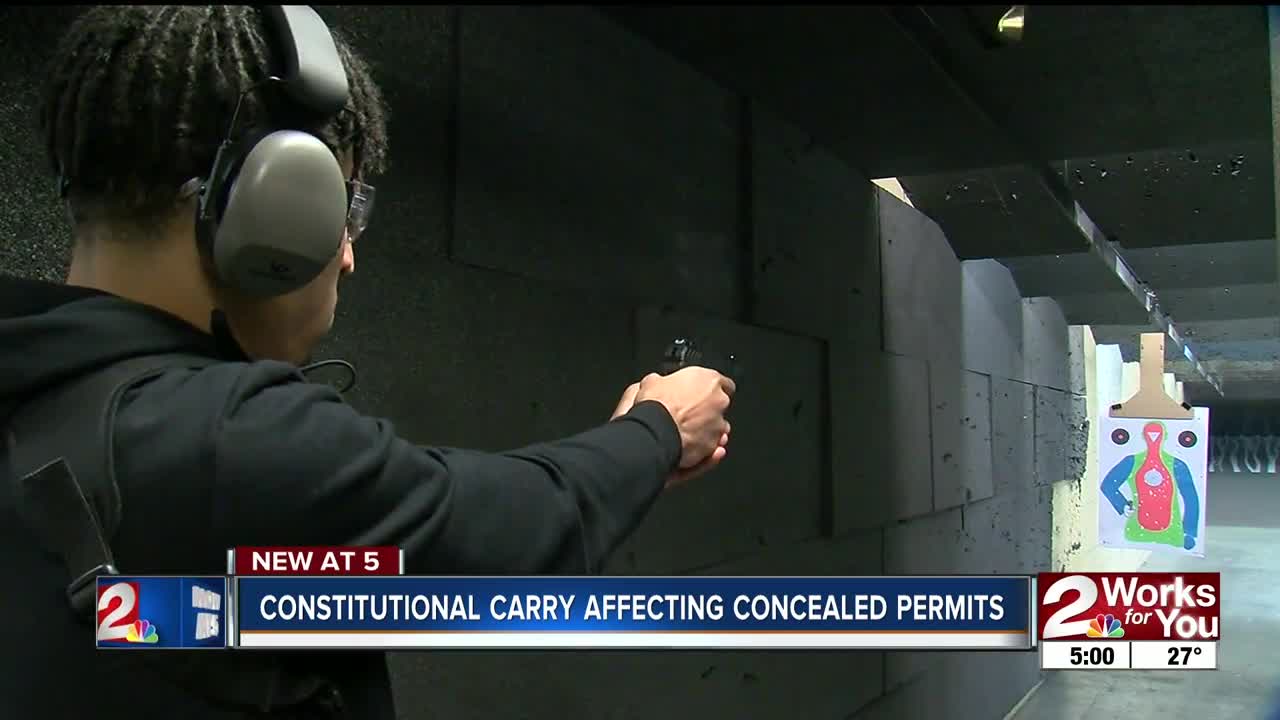 Because having a concealed carry permit won't be necessary to carry a gun in Oklahoma once the law goes into effect, those who offer the course have to adapt. 2A Shooting Center, which has seen thousands take concealed carry courses and get their certifications, is going to introduce a new course.

The last time it seemed like constitutional carry was going to pass, General Manager Eric Fuson says he went from filling five classes a month to just one. He's decided to begin offering courses with small class sizes for anyone who wants to carry their weapon, but not pay for a concealed carry permit. It will offer training both he and gun owners say is vital.

"I think it's critical," gun owner Noah Johnson said. "I think that everybody should get the proper training; I think that even at a young age you should be properly trained."

You still need a permit to carry your gun across state lines, and most states honor an Oklahoma license. The money for permits goes to O.S.B.I., and even though they're not cheap, for those who don't want to renew, O.S.B.I. says you won't get your money back.