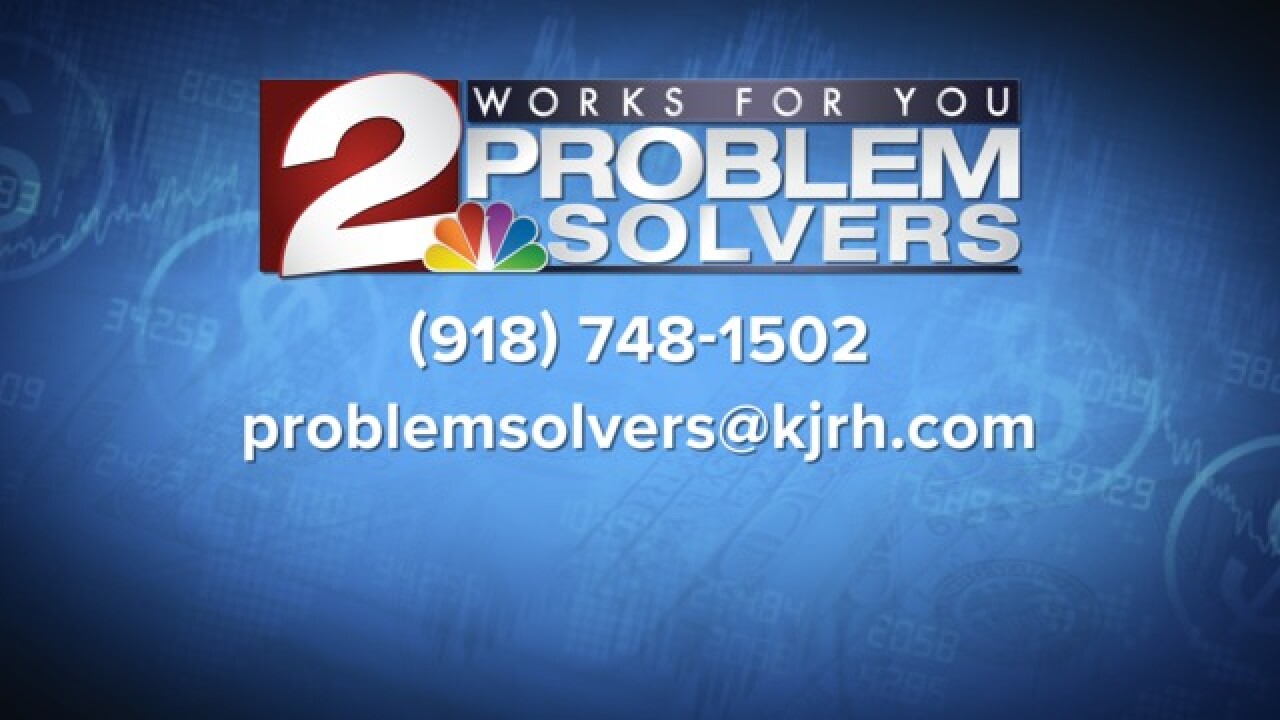 A big hole in a Tulsa family’s front yard is now a big headache.

For more than 60-years the Washburn family has lived in the cozy house on North Gary place.

"I grew up in this house." says Larry Washburn.

It's where Washburn now cares for his ailing 92-year old father.

For months there's been a big hole in the front yard, dug by a plumber working on a project across the street.

"He came over to our yard and said he needed to tie-in over here on my side and it would be about two weeks and that was in August." says Washburn.

Washburn says the plumber didn't finish the work at his home or across the street.

So in September, he looked to the city of Tulsa for help.

An inspector came out to the home and ordered the project stopped for not having a permit.

The owner was fined for not having a permit and the inspector said work couldn't resume until a licensed plumber got a permit for it.

Months went by and Washburn's yard still has a big hole in it.

So this time he called the problem solvers.

" I always watch channel 2 news and I see where people have problems and they call in and they get resolved pretty fast." Says Washburn.

We contacted the plumber, Steve Johns and he admits he got behind on this job because of financial and weather issues, but promised to get back to work no later than Monday, December 2nd.

We talked to two men from Johnsco Plumbing who were at the site, Monday.

Work on this project can now resume because it finally has a permit, issued November 26th.

It was issued the same day we talked to Johns, when he promised to finish this job.

The permit is issued to a different plumber.

Eastside Plumbing tells 2 Works for You they took it out as a favor and will finish the work.

So, what should you do if a plumber comes knocking on your door because of work they're doing on another home?

-Get a copy of the permit before letting them onto your property.

- Get an agreement in writing on when the work is to be done.