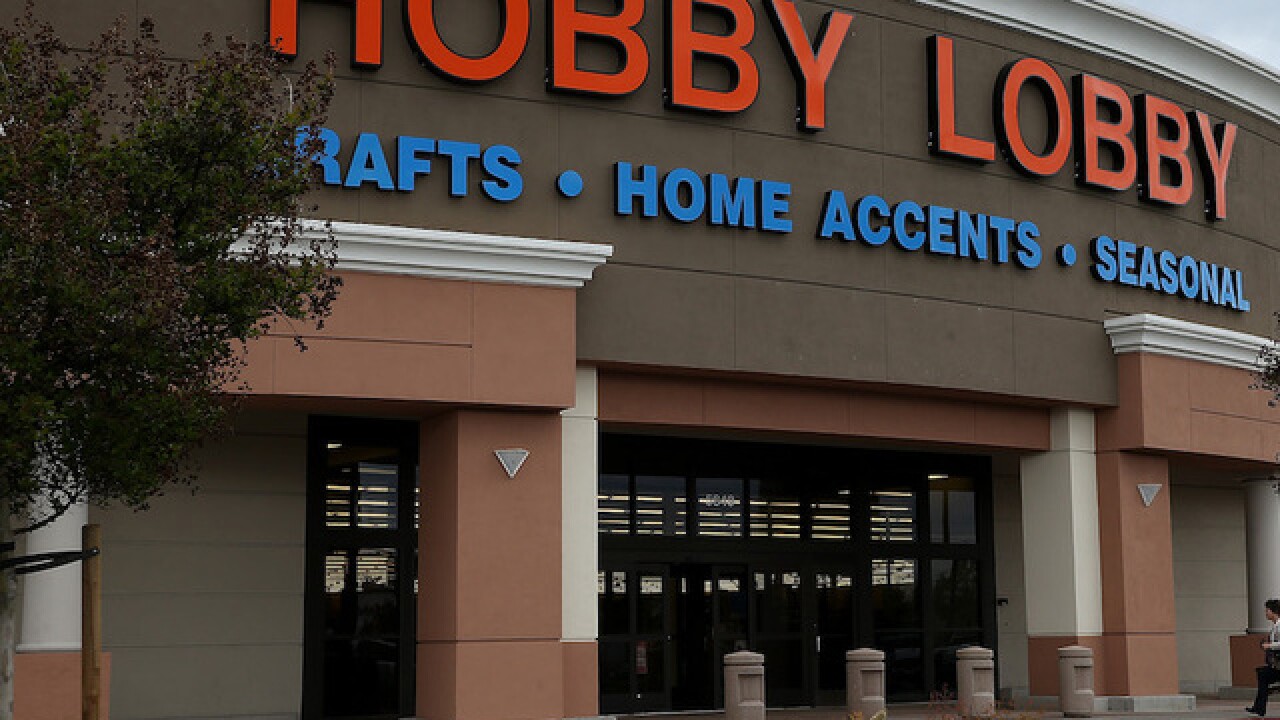 Copyright Getty Images
Justin Sullivan
<p>Customers enter a Hobby Lobby store on March 25, 2014 in Antioch, California. The U.S. Supreme Court is hearing arguments from crafts store chain Hobby Lobby about the Affordable Healthcare Act's contraceptive mandate and how it violates the religious freedom of the company and its owners.</p>

OKLAHOMA CITY (AP) -- Retailer Hobby Lobby is donating an acre of land for the expansion of a commuter bus hub in southwest Oklahoma City.

Michael Scoggins, a spokesman for the metro transit agency Embark, says the site will be expanded from two shelters to an open-air hub with bathrooms, more lighting, improved weather shelters and route information technology.

Embark director Jason Ferbache says the current hub can become congested. It's the second busiest stop in the bus system.

He says the agency hopes to acquire a 1.19-acre parcel of land by the donated property for the new site.