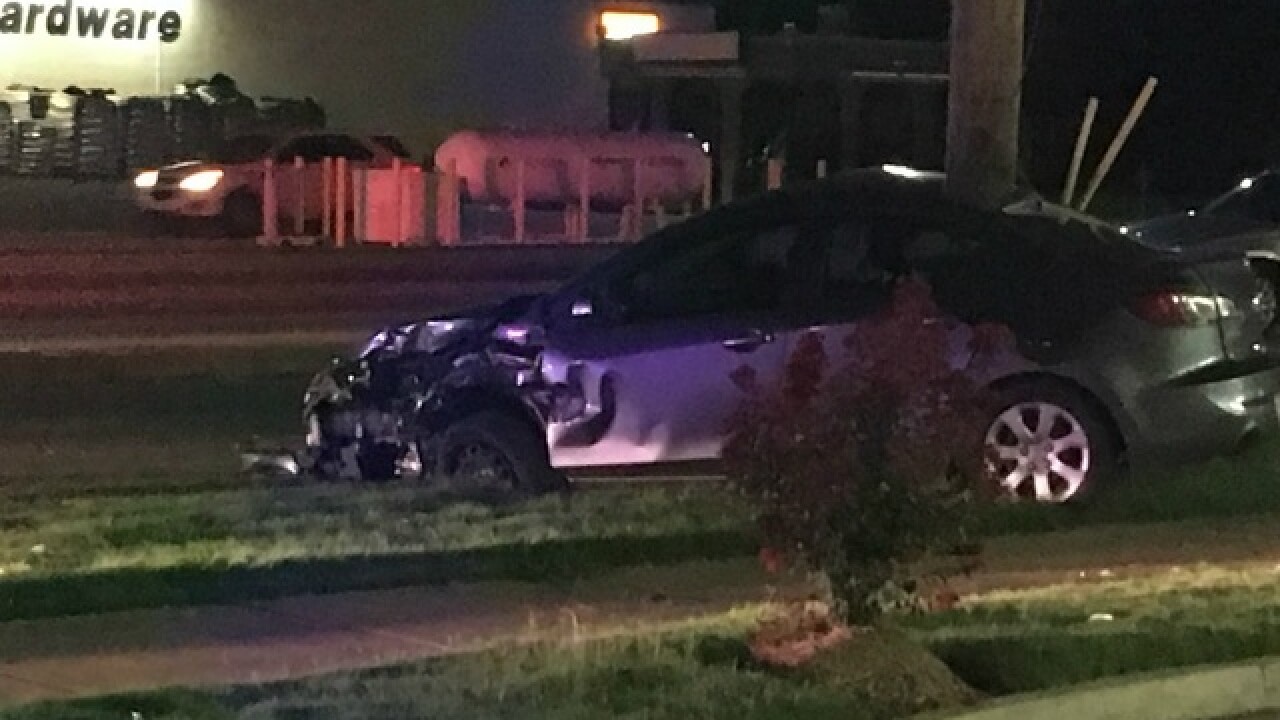 It started when an officer identified two stolen cars near 31st and South Sheridan around 1:30am.

Officers pursued one of the vehicles with help from the police helicopter until the car crashed near 61st and South Lewis.

Two passengers were arrested, but the driver fled on foot.

A K-9 officer tracked him down and bit him in a residential area nearby.

The men were arrested for possession of a stolen vehicle, felony eluding, and felony hit and run.

Two of the suspects received medical attention for their injuries.