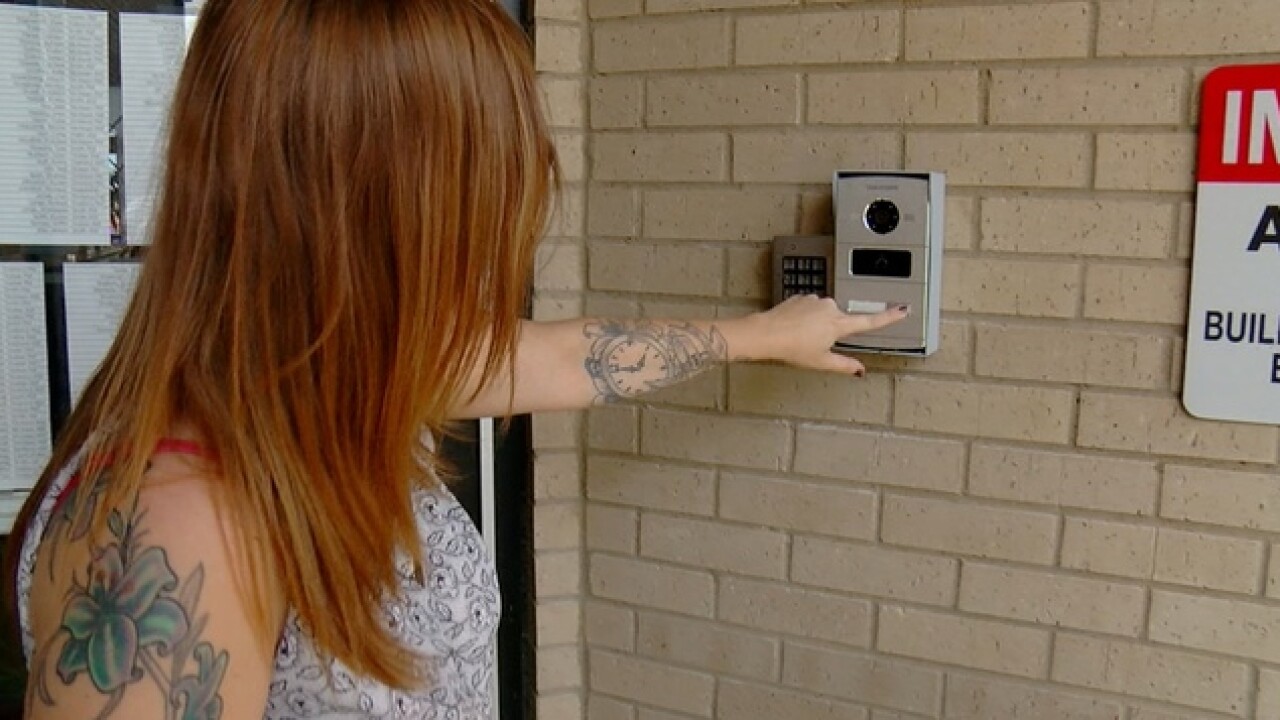 Just a few months ago, if you wanted to get into the Early Childhood Center, you could just walk through the front doors into a room full of 5-year-olds eating lunch.

But that is not the case anymore thanks to a group of high school students and their teacher, Laura Sheehan.

She said, “I wanted to have magnetic locks on the doors, a security camera and a buzzer system between the front door and the office."

Starting this school year, visitors will now have to buzz in through a video system. The secretary will then validate their credentials and determine if they are safe to enter the building.

But when the high school students initially went out to the ECC to assess the building, they saw an even bigger issue.

Sheehan said, “The more they looked at it, the more concerned they got because the front entrance is entirely glass: glass windows, glass doors. You could actually walk up the main walkway and see students in classrooms."

That sparked the idea to install shatter-resistant film to put on the glass.

Sheehan explained, “If you hit it with a baseball bat to try to break through the window, it's going to hold in place. Basically, it's just a huge deterrent."

ECC principal Ashley Boomer added, “This will resist a certain amount of rounds of bullets and also not shatter once it breaks. It will stay intact."

Boomer claims the film will add about 45 seconds to a minute of stall time, saying, "It will buy us time. That's the most important thing. We'll have time to get to the intercom, time to yell, time to run, time to do what we need to do."

The high school students raised about $10,000 for the project.

Sheehan told 2 Works for You, “You guys did a story at the end of last school year about this, and a gentleman by the name of Mark Reynolds, who owns a local window company . . .  saw the story on the news and decided that he wanted to donate all the materials and all the labor to secure the windows at the Early Childhood Center."

The students then had to figure out what to do with the funds they raised. Sheehan said, “Now, we're looking at installing the security film on the windows at Herald Elementary."

The high school students consider this an opportunity to make another school safer. They say they will not stop until every school in the district is as safe as possible.

Sheehan said, “Teachers feel safer. Parents feel safer about their kids being in the building."