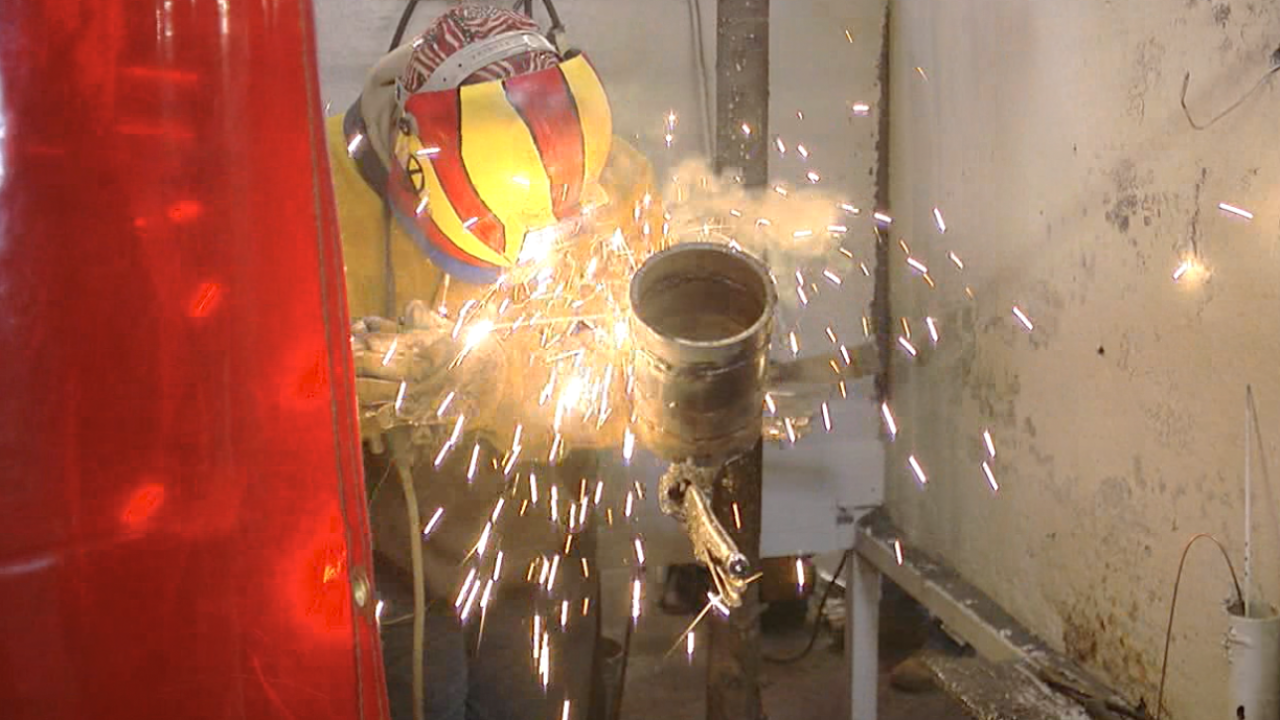 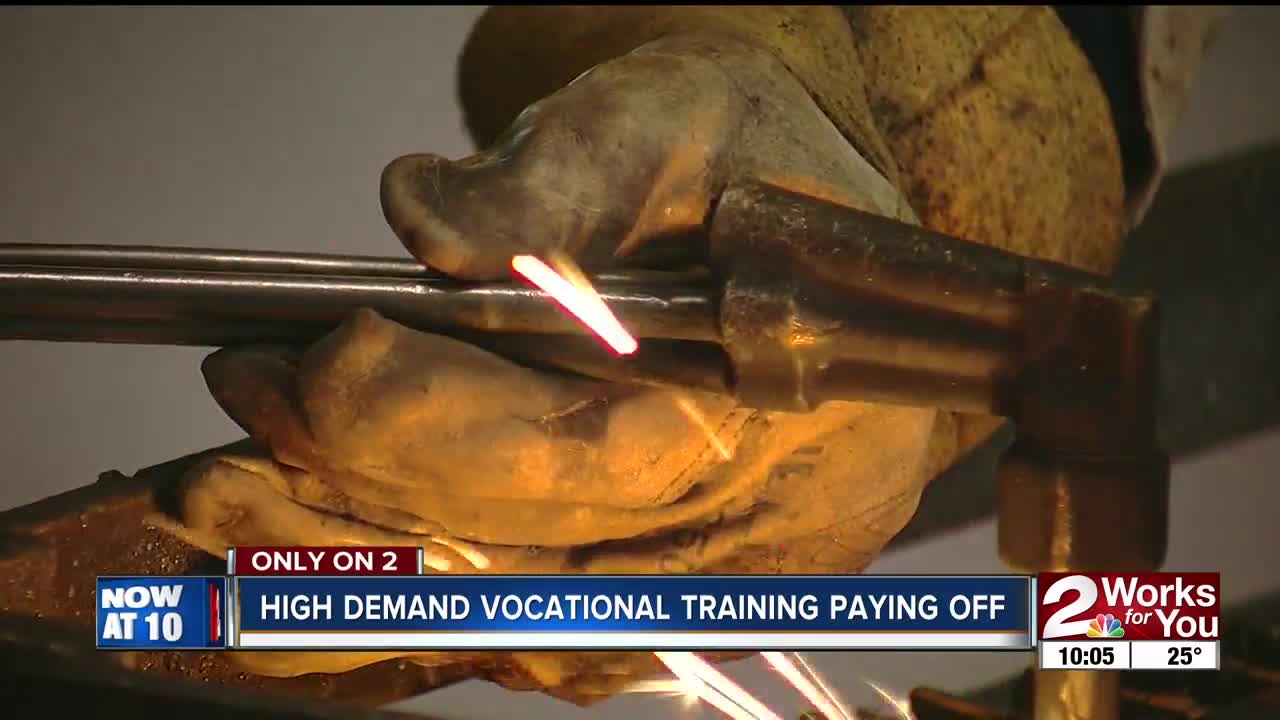 TULSA -- It's no secret the cost of a four year degree keeps going up every year, sending countless students into major debt. There's a new push now to get more teens into vocational training instead.

The concept of welding is fairly simple.

The skill has gained popularity over the years. Jeff Schuler, a 1995 alumni of Tulsa Welding School, graduated with 140 students. Now, they’re sending around 700 students a year into the workforce.

Jeff’s son, Chris, followed his father’s footsteps and is now Director of Training here in Tulsa.

"He went to school here when I was a kid so I remembered that so whenever I was looking for a job obviously it stuck out," said Chris Schuler.

While filling jobs here in Oklahoma is a top priority for Tulsa Welding School, they’ve employed students with companies nationwide.

Tulsa Welding School placed 82 percent of its recent graduating class in jobs before they even finished the program. The Schuler’s hope their success sparks interest with high school graduates.

"We talked about it and he said dad I don’t want to go to school anymore so I chose, I kind of chose welding for him and it worked out well so I’m proud of him," said Jeff Schuler.

With that success, they’re considering an internship program, so other high school students can graduate with skills that pay.