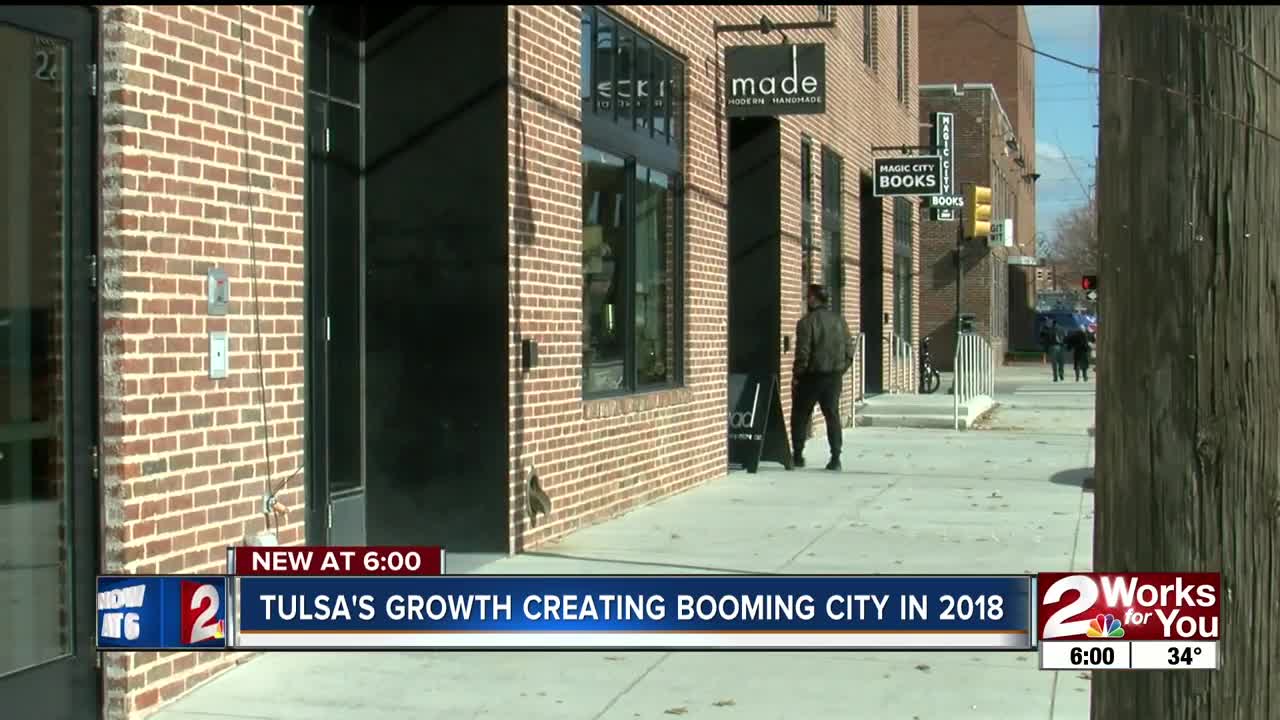 TULSA, Okla. — The year 2018 was a good one for Tulsa, economically. It saw a lot of growth in downtown development with new local shops and restaurants and a new hotel.

Down on Route 66, Tulsa's first food hall "Mother Road Market" has been a big hit since it opened its doors in October.

The city's newest and largest public park "Gathering Place" has also attracted many visitors, both in and out of state. A spokesperson for the park says more than 600,000 people have visited in three months.

Another economic boost for the city has been the few dispensaries that are starting to pop up across the city, like "The Peak," on South Lansing. The manager says hundreds of clients have walked through their doors since November to purchase medical marijuana.

Let's not forget about the electric scooters that arrived in Tulsa in October. Whether you're a Lime or Bird fan, these have been popular among people from all ages.