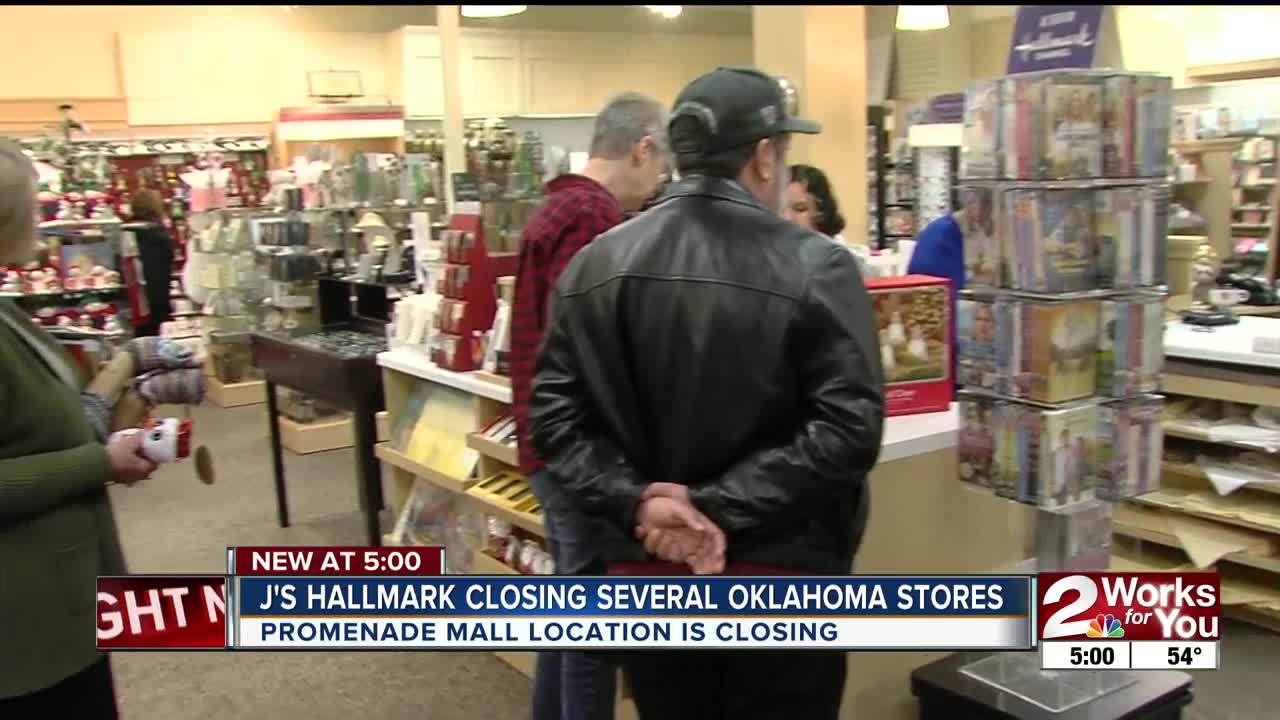 TULSA, Okla. — 2019 has been a record breaking year for store closures.

In the U.S., retailers have announced plans to close about 9,300 locations.

We spoke with the store owner, Chris Cleveland about what he believes the problem is.

"We just don't know how to combat the online sales," Cleveland said. "It's just something we will have to put our heads around and work with, but they are all dealing with the same issues."

Rochelle Carona is a long time customer of the Hallmark store. She's was upset to learn that Hallmark stores in Bartlesville, Lawton and one of Tulsa's Hallmarks in Promenade Mall are closing.

"I have a thing for snowmen. I can always find something here and they have the collectibles," Carona said. "That's kind of hard to find at the same type of store every year."

Carona says she will miss the store.

Cleveland says this Hallmark store has been at Promenade Mall for almost 40 years.

Chris says he believes people just don't shop in stores as much as they used to.

"I don't wanna call it lazy but our generation, we had fun of going into the store," Cleveland said. "Trying stuff on and looking for it. Trying to find it, you know, the thrill of the hunt."

He says his store offers special traditions, some of his customers still really enjoy.

"They have the keep sake ornaments since 1963 I think and maybe they just keep up buying their quantities every year," Cleveland said. "You have the truck sets, the angle sets."

Rochelle says this store has always been special to her and her family.

"I bought singing snowmen tree. It just this bunch of snowmen with a little conductor," Carona said. "It lights up and plays different music. My grand kids love it."