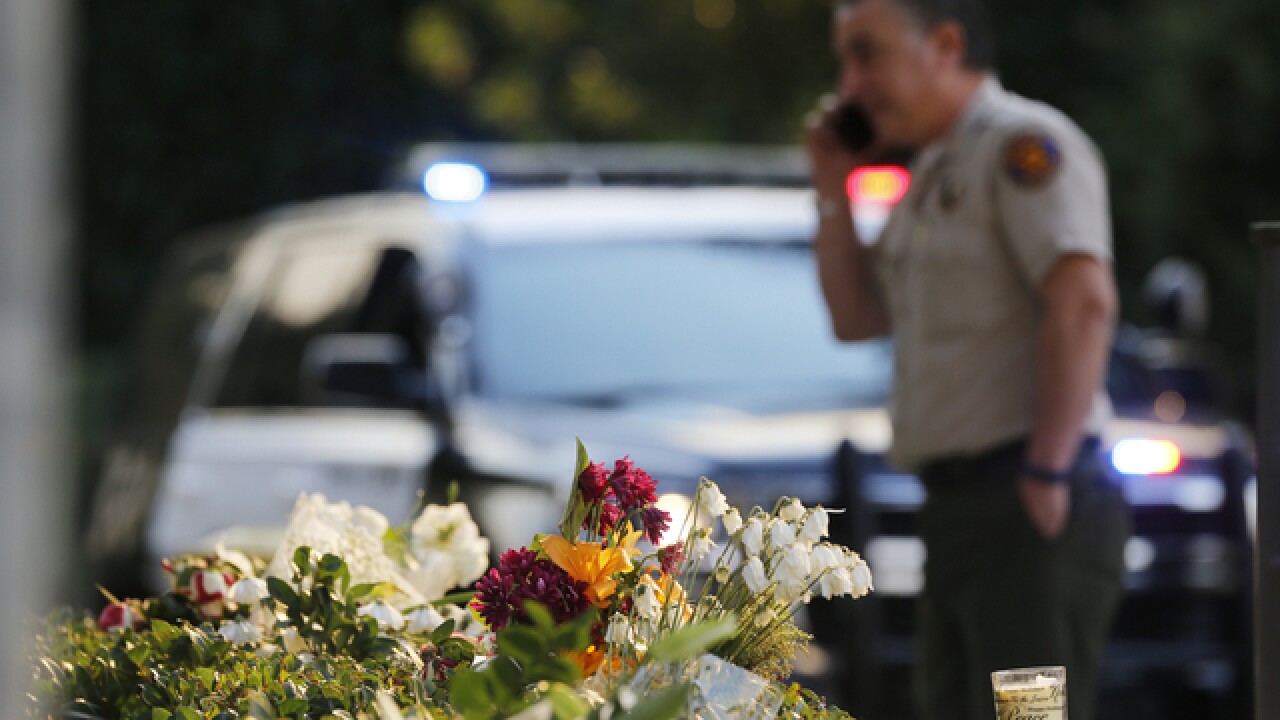 THOUSAND OAKS, Calif. (AP) -- An autopsy determined that the gunman who killed 12 people at a Southern California bar died from a self-inflicted gunshot, police said Saturday.

Ian David Long, a 28-year-old ex-Marine machine-gunner, fatally shot 11 people at the Borderline Bar and Grill in Thousand Oaks and a police officer who responded just before midnight Wednesday. The officer exchanged gunfire with Long, who was found dead at the scene.

Authorities have yet to determine a motive and are exploring all possibilities. Among them is whether Long believed a former girlfriend might have been at the bar, which was filled with about 150 people on its popular college night that attracts students from several nearby schools.

Former Sheriff Geoff Dean, whose last day on the job was Friday, said investigators believe Long targeted the bar but don't know why. At least a half-dozen people interviewed by The Associated Press who described themselves as regulars at the bar don't ever recall seeing Long there.

Authorities described an attack of military efficiency. When Long shot his .45-caliber pistol, he killed. All of the injured suffered cuts, bruises and other minor injuries in frantic attempts to escape the gunfire. Some smashed windows and jumped out.

Based on time stamps, investigators say, Long posted to Instagram during the attack. The post involved his mental state and whether people would believe he was sane.

His social media accounts have been taken down but a law enforcement official said Long posted about his mental state and whether people would believe he was sane. The official, who was briefed on the investigation but not authorized to discuss it publicly, spoke to The Associated Press on condition of anonymity.

Long grew up in Thousand Oaks and several people who knew him described him in disturbing terms. Long made others feel uncomfortable going back to his teens.

Dominique Colell, who coached girls' track and field at the high school where Long was a sprinter, remembers an angry young man who could be verbally and physically combative.

In one instance, Colell said Long used his fingers to mimic shooting her in the back of the head as she talked to another athlete. In another, he grabbed her rear and midsection after she refused to return a cellphone he said was his.

"I literally feared for myself around him," Colell said in an interview Friday. "He was the only athlete that I was scared of."

Police said Long had no criminal record. However, last April, yelling and loud banging noises coming from the home Long shared with his mother prompted a next-door neighbor to call authorities.

Deputies responded and a mental health specialist who assessed Long worried he might be suffering from post-traumatic stress disorder but found no grounds to hospitalize him.