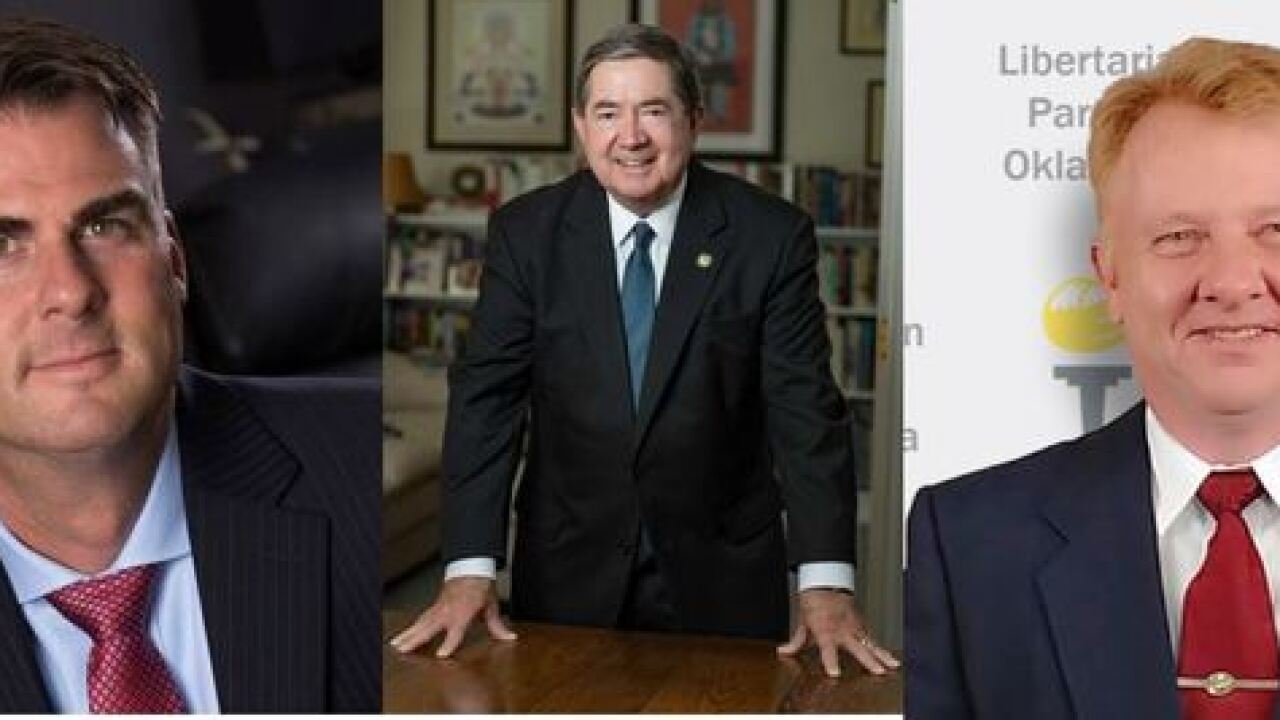 Copyright 2018 Scripps Media, Inc. All rights reserved. This material may not be published, broadcast, rewritten, or redistributed.
Hatfield, Mycah

TULSA -- All three gubernatorial candidates are gearing up for results to start rolling in Tuesday night.

Stitt's daughter recently turned 18-years old and this was her first election she could vote in. Stitt said it was an exciting time for his family.

He is continuing to campaign up until the polls close.

"We have too good of a state to be performing the way we are," Stitt said. "I want to set a new vision for Oklahoma for us to be top ten in job growth, in education and top ten in infrastructure."

Drew Edmondson, Democratic candidate for governor, cast his vote last week. He said he went with his wife to vote Tuesday morning and spoke to people in line.

He was in Tulsa Tuesday morning at his campaign office. Teams of people were making calls and knocking on doors.

Edmondson expects the race to be close, but he feels good about it.

"The weather is good today and it is going to be a good day to go vote and traditionally higher turn out favors my party," Edmondson said.

Chris Powell, the Libertarian candidate, said he thinks there is a chance he could win. He said we have seen unusual results statewide and nationwide.

"If we never win an office, but the ideas that we have get adopted by team red and team blue… that's perfectly fine," Powell said. "I don't think they are going to do that."

Both Stitt and Edmondson will be watching the results Tuesday night in Oklahoma City.