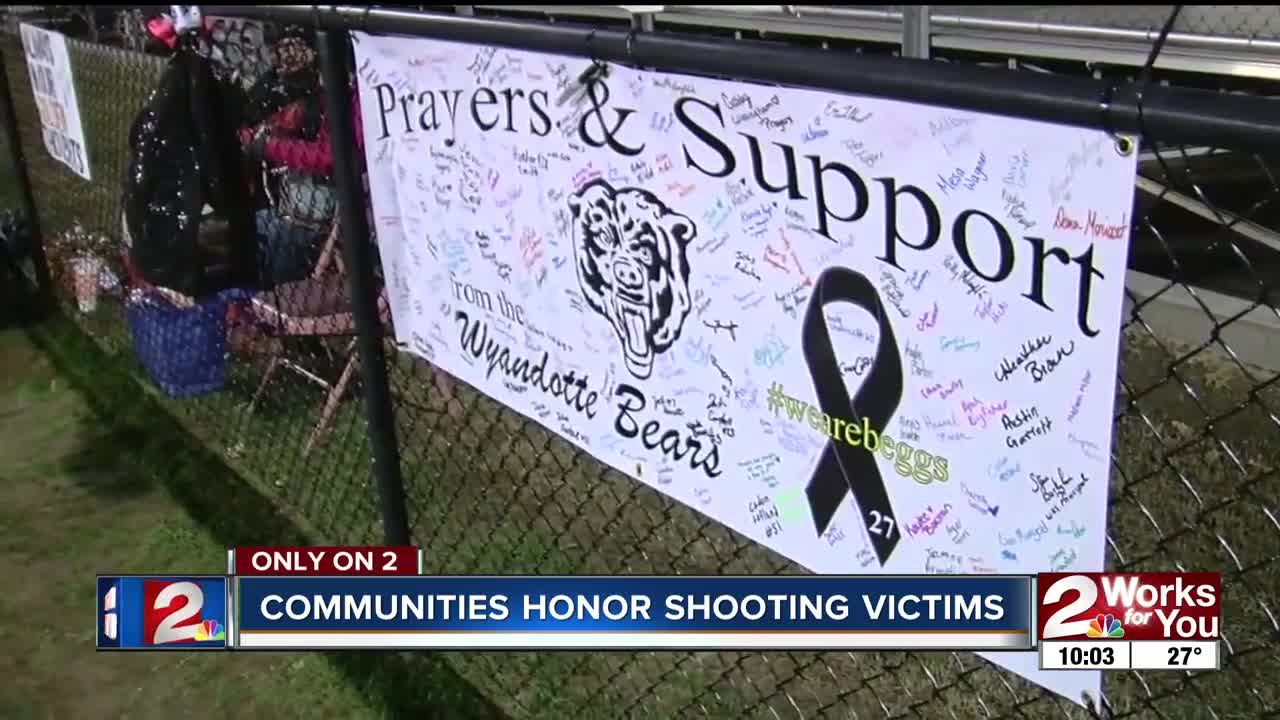 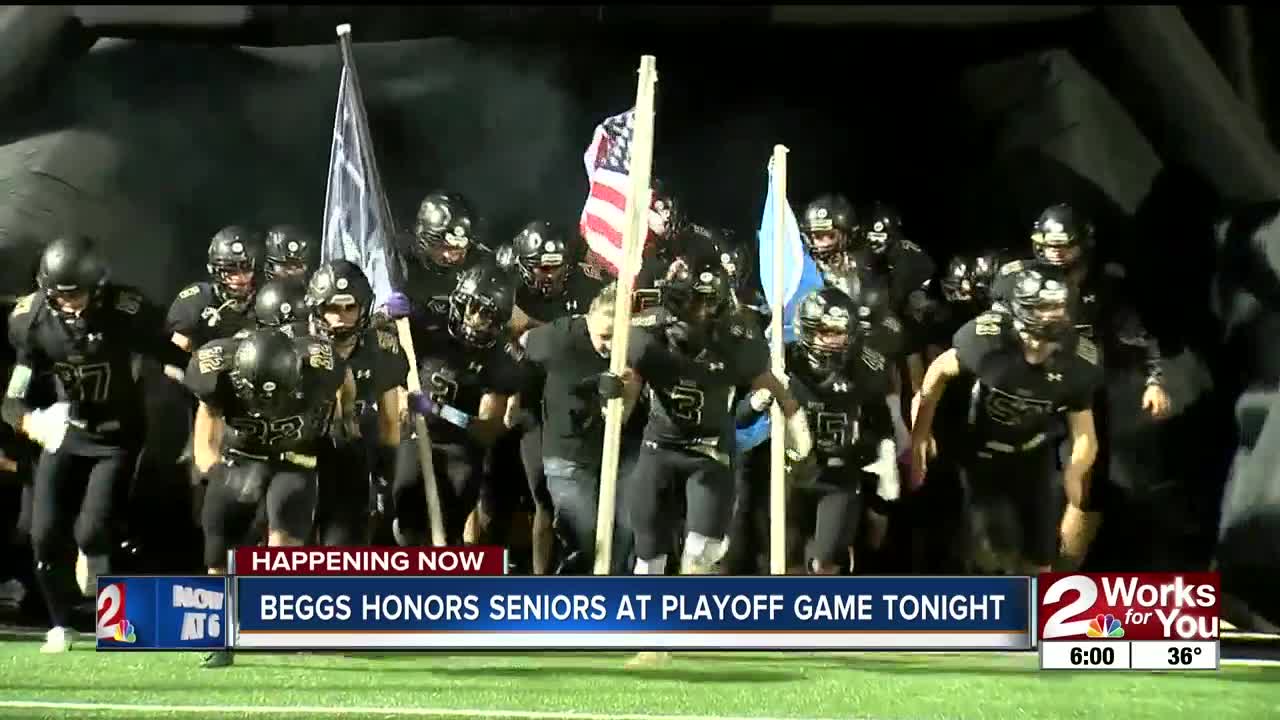 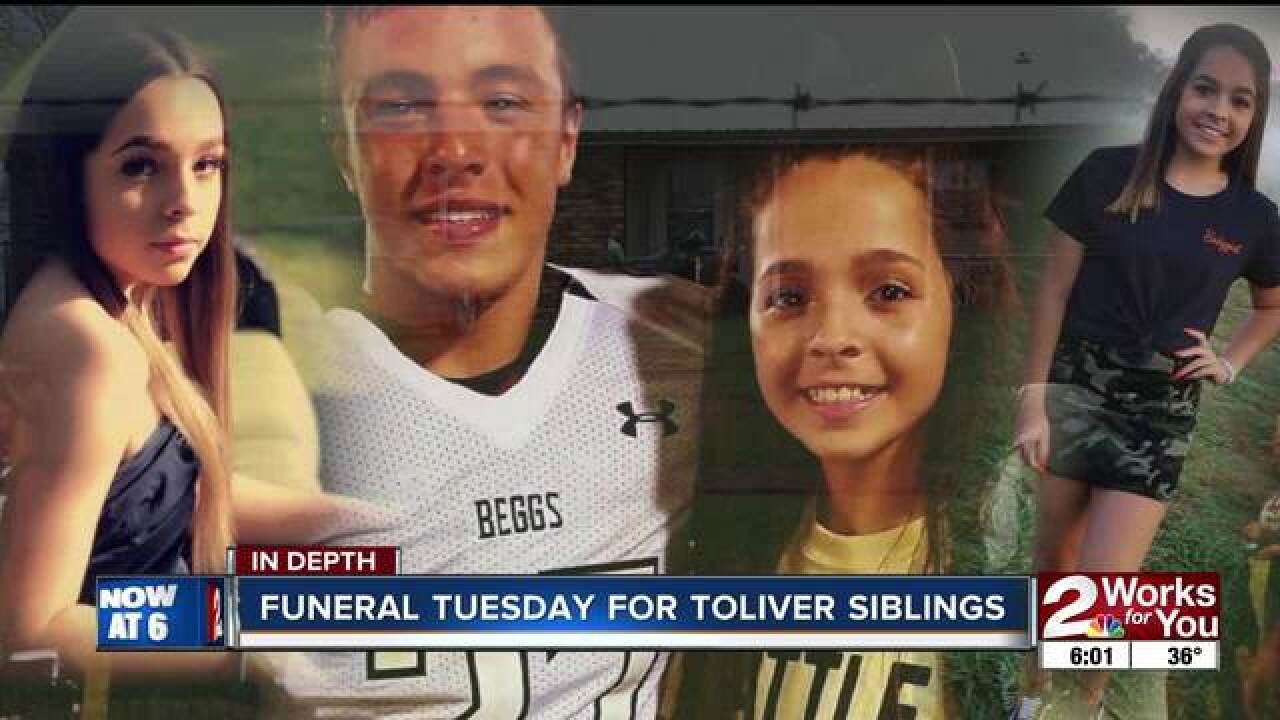 Senior members of the Beggs High School football team were honored on Friday night, but their hearts were missing one.

The team suffered a terrible loss last week when their star running back, Kayson Toliver, was shot and killed at his home. One of his sisters, Kloee, died and another was wounded. Their mother currently is in jail, accused of murder and shooting with intent to kill.

2 Works For you reporter Tony Russell was live in Beggs tonight, at a game that Beggs won easily 56-13, but symbolized much more than just football.

Toliver was one of the key members of the team as it made its run to the playoffs. He died just hours before the regular-season finale against Sperry. They held a moment of silence at the game for Toliver and even did a ceremonial coin toss on the 27-yard line, representing the jersey number Toliver wore.

Sperry’s team and fans showed support for the team, and Wyandotte also honored Toliver. They raised money and wore a No. 27 sticker on their helmets. The Wyandotte cheerleaders wore golden bows, and they made signs and gave flowers to the Beggs cheerleaders.

"We're teaching life lessons every day, and they realize that there is bigger things than football," Wyandotte superintendent Troy Gray said. "They take care of things as they come to them. They step up to help out in this community."

The Wyandotte district has been through tragedy as well.

"It's a sad, unbelievable thing and we feel for them," Gray said. "We've lost three teachers this year. Two of them coaches, all to cancer, so we've had a lot of people rally around ours. Our kids have learned what it's like for others to give back."

Services for Kayson and Kloee Toliver will be held Tuesday at 11 a.m. at the Beggs Event Center. Beggs Public Schools say classes will be canceled.