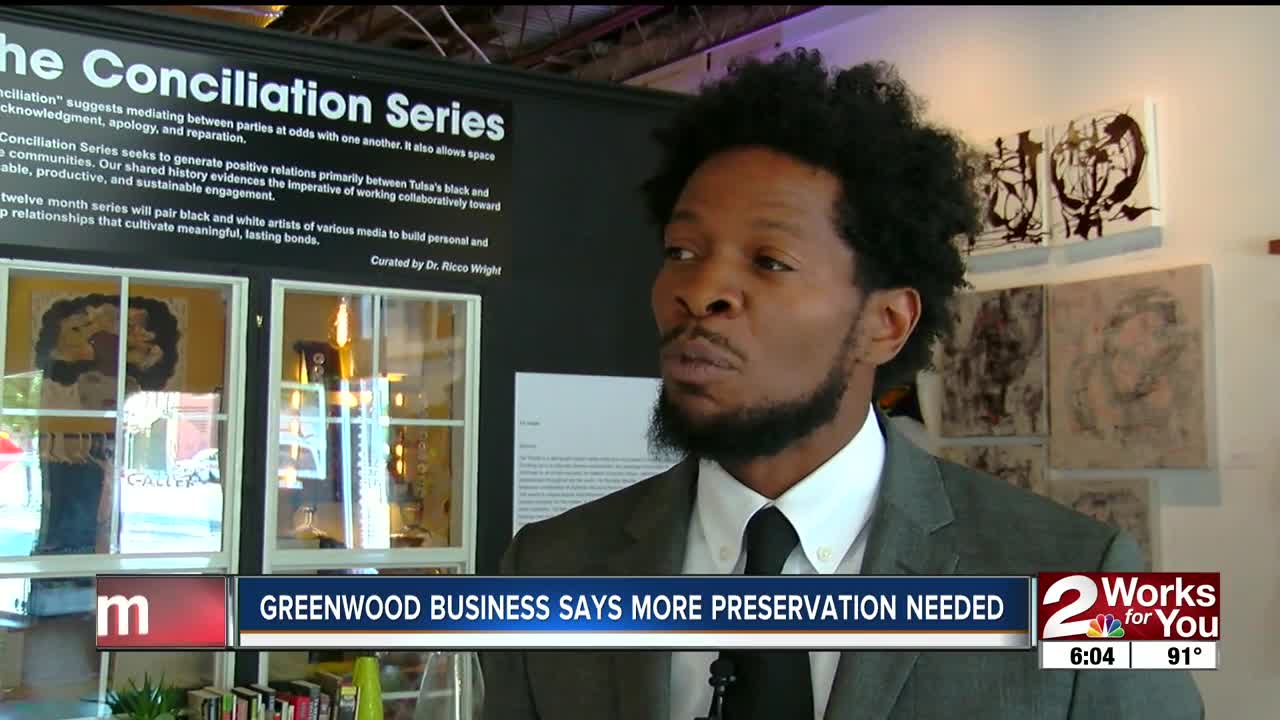 Business owners in the Greenwood District are concerned about the possibility of the historic area ceasing to exist.

"There was a lot of neglect," Ricco said.

He is frustrated because he thought that not enough has been done to preserve the history of the area.

"We know in yesteryear that the Greenwood District had some 30 plus blocks," Ricco said. "Since then all we have left is Black Wall Street which is Greenwood Avenue."

Greenwood was once a thriving black community with thriving stores, restaurants and more.

Wright wishes the city would have done more over the years to highlight that heritage.

"I think for the previous administration, I don't think they had a lot of regard for the Greenwood District and Black Wall Street," Ricco said. "I think they saw it as more segregation rather than looking at it as cultural preservation."

The city plans to lead a community-centered and driven master planning process for the Kirkpatrick heights or Greenwood area.

Ashley Philippson says the city plans to host open meetings about the future of Greenwood. These meeting will give business owners and residents a chance to voice concerns and find out more of what's coming.

"The city has committed $5.3 million to memorialize Black Wall Street," Ashley said. "It's a part of our resilient Tulsa strategy and because those are public funds that the city has committed. We are in the process of figuring out what do those public forums look like."

Wright is hoping that after speaking with more city officials, this could be a move in the right direction.