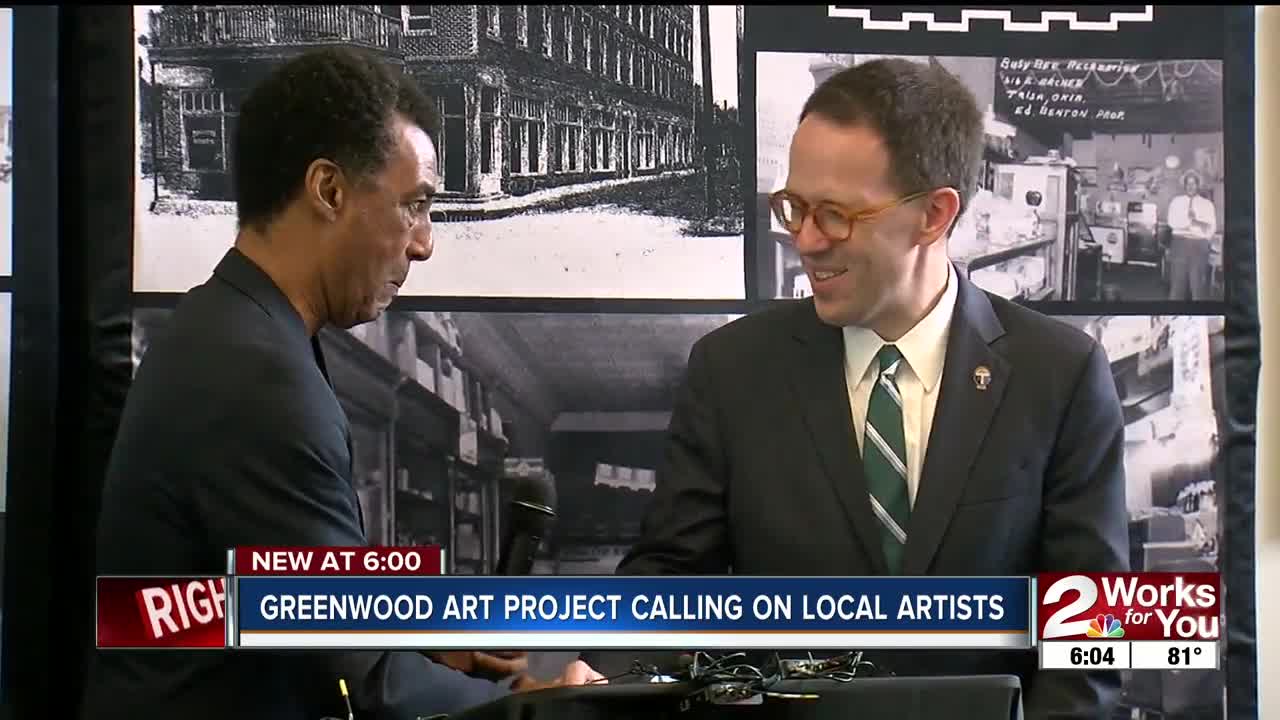 TULSA — On Thursday, Mayor G.T. Bynum, and MacArthur Fellow Rick Lowe, announced the beginning of the call for artists for the Greenwood Art Project that will celebrate and commemorate the Historic Greenwood District.

Mayor Bynum introduced national renowned artist Rick Lowe and other leaders who will help lead the Greenwood project into the future.

Lowe tells us his approach is called 'Social Sculpturing', and he plans to engage the entire community into the creative process.

Sells says he believes the mayor has good intentions as long as it's done right.

"It's a good thing. If we can get the right people to tell the truth because it's so much history, and it is history. And we need a real story, and not just history," Sells says.

"Part of reparations is to repair some of the damage that is done. Whether that be our efforts, direct reparations of dollars. Apart of this is repairing the opportunity to have economic development in the communities," Matthews said.

"I used to have Kevin's Cleaners at 118 North Greenwood, and I'm an entrepreneur. I still live one block off of Greenwood today, and so for me to be living long enough for this dirty secret to now be an opportunity to educate," Matthews said.

He also explained how humbled, but also excited, he was to be able to watch how history will be commemorated.