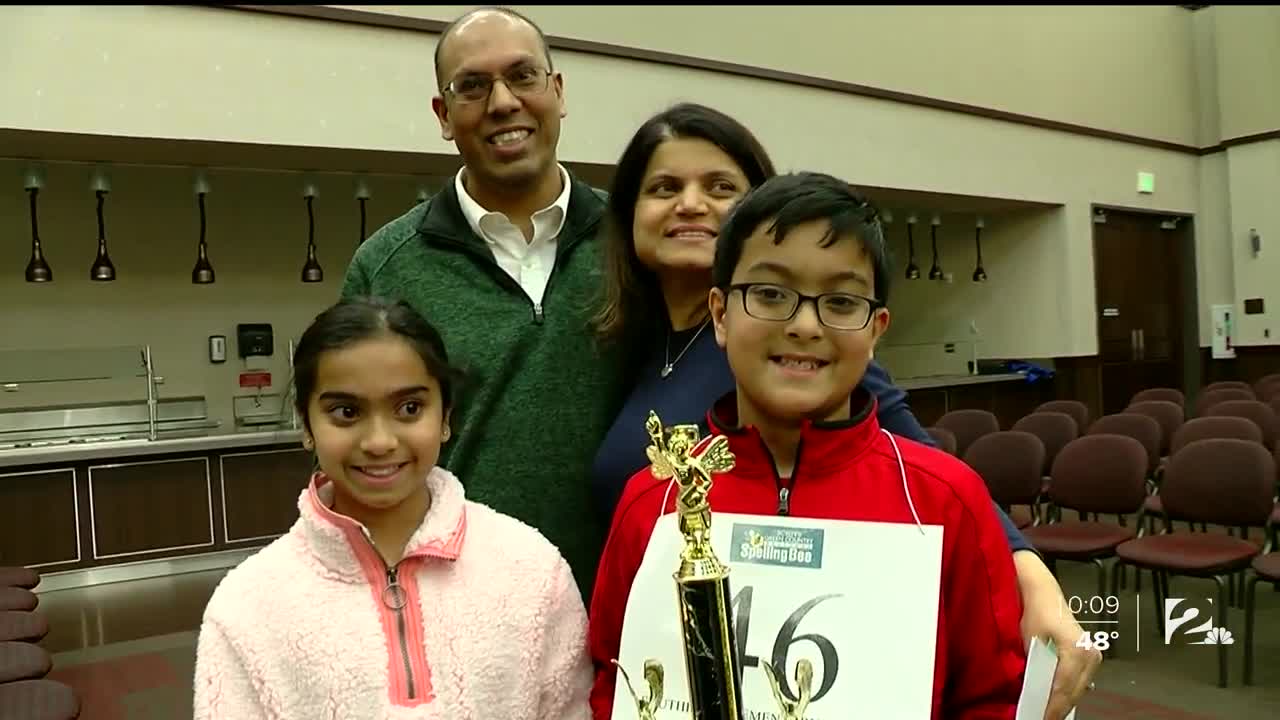 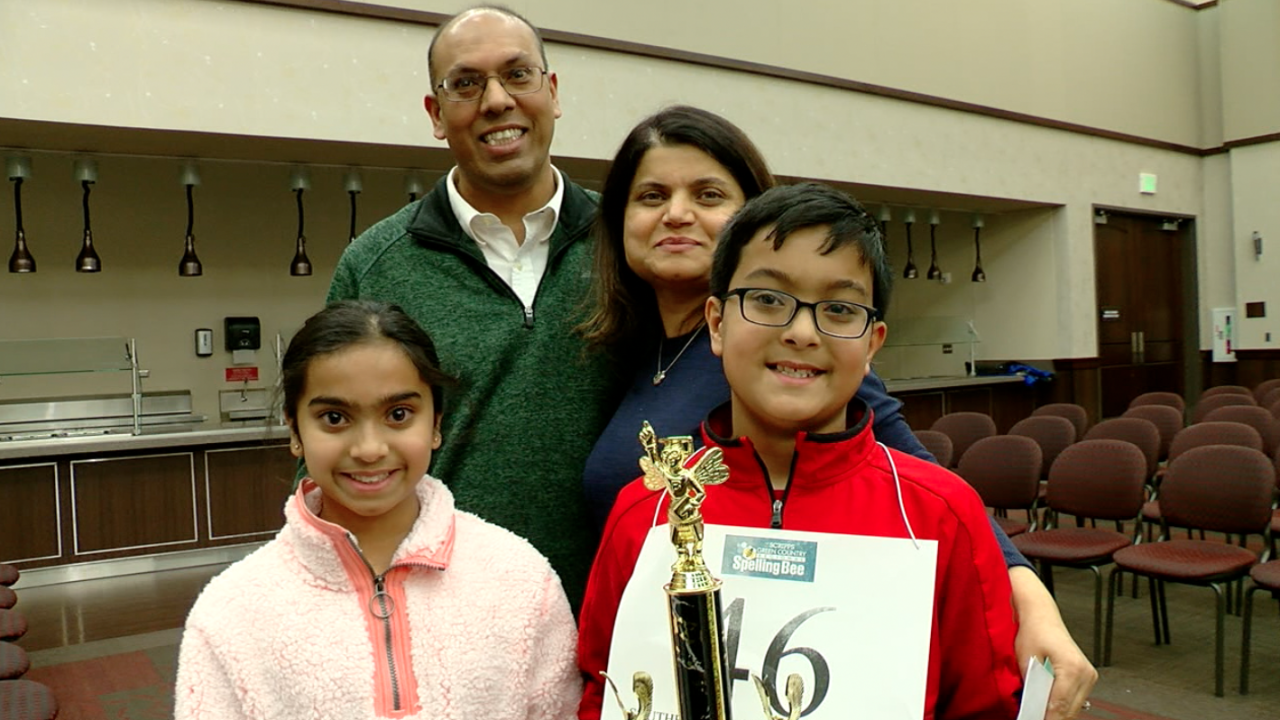 After four hours, our 2020 Green Country Regional Spelling Bee Champion has been crowned.

It took seventeen rounds and a break away of five exceptional students before the Green Country Spelling Bee concluded.

Southeast Elementary School's Arin Tripathy outlasted the competition to move on to the Scripps National Spelling Bee in the nation's capitol.

It began with a field of fifty-four spellers, the best of the best from across Green Country.

Half of the field remained after three rounds, and after that no one was an easy out.

Going into round ten, only five speller remained. The words becoming more and more difficult.

The winning word "Monochrome" is what moved Arin Tripathy on to the Scripps National Spelling Bee.

Arin tells us, "I was feeling kind of nervous, but my mom and dad told me everything's going to be alright, just take your time and you can do it."

Arin now goes on to Washington D.C. where he will compete to become the third national champion to come out of Oklahoma.