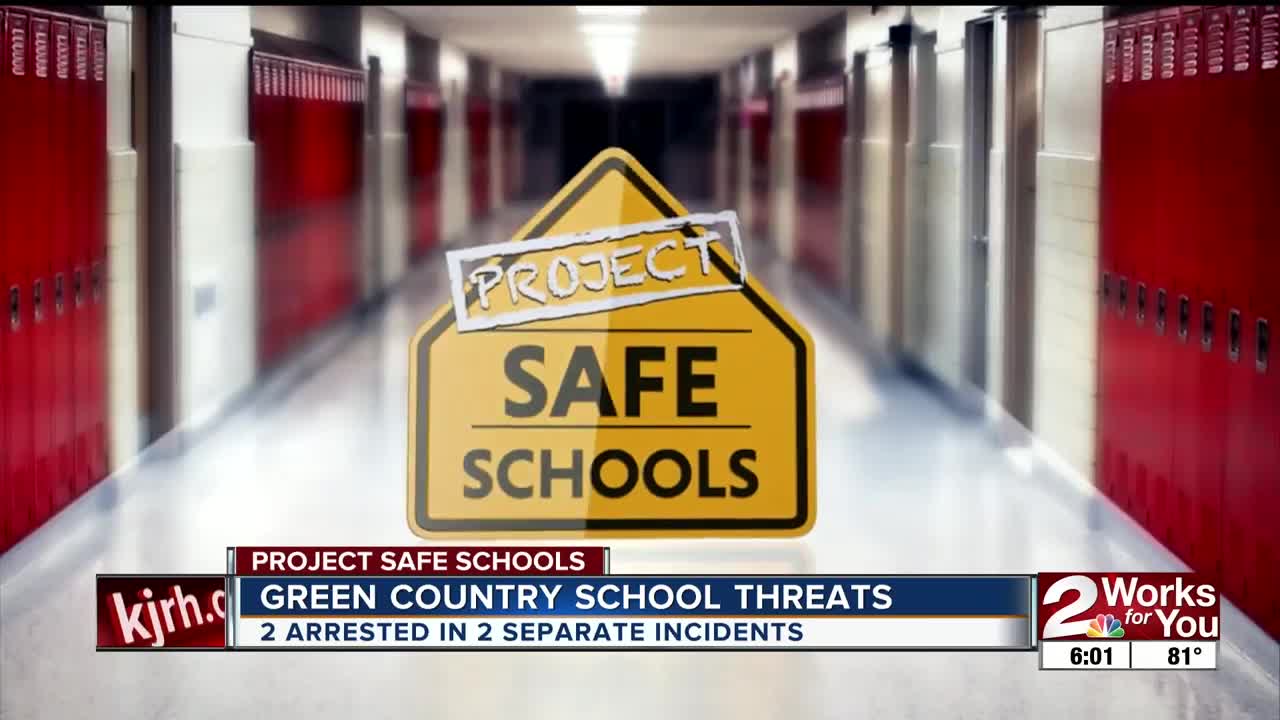 On top of traditional threats, police and campus security teams have a new battle to fight, the world wide web.

And social media is spreading those messages like wildfire.

Two threats in one week.

A 14-year-old Oologah-Talala High School student arrested Monday after investigators say they made a violent threat on Snapchat.

On Wednesday, another threat.

Thanks to quick reporting and action by the schools and law enforcement, no one was hurt.

As part of project safe schools, we've gone to work for you to find out how Green Country school districts handle threats.

"It could be anywhere from a partial lockdown, all the way to an evacuation depending on what the threat is," Robles says.

Jorge Robles says even though some people might think it's just a joke, making threats could have serious even legal repercussions.

That message echoed in the FBI's "Think before you post" campaign.

Making a threat through social media, text message or e-mail-is a federal crime.

Anyone who does it can get up to five years in prison, or face state or local charges.

So what is the best way to report threats?

Right now, it depends which district you're in.

Officials from Oologah-Talala Public Schools tell us they're building a new website right now, and considering options for the future.

In the meantime, they say threats should be reported to school officials or law enforcement.

Some other districts already have systems in place.

Union has a "Safe Schools Alert System" on their website.

Tulsa created a hotline last year that anyone can call to report suspicious activity.

If you have a school story you want us to look into, give us a call at the number on your screen, or send an e-mail to Project Safe Schools at kjrh.com.