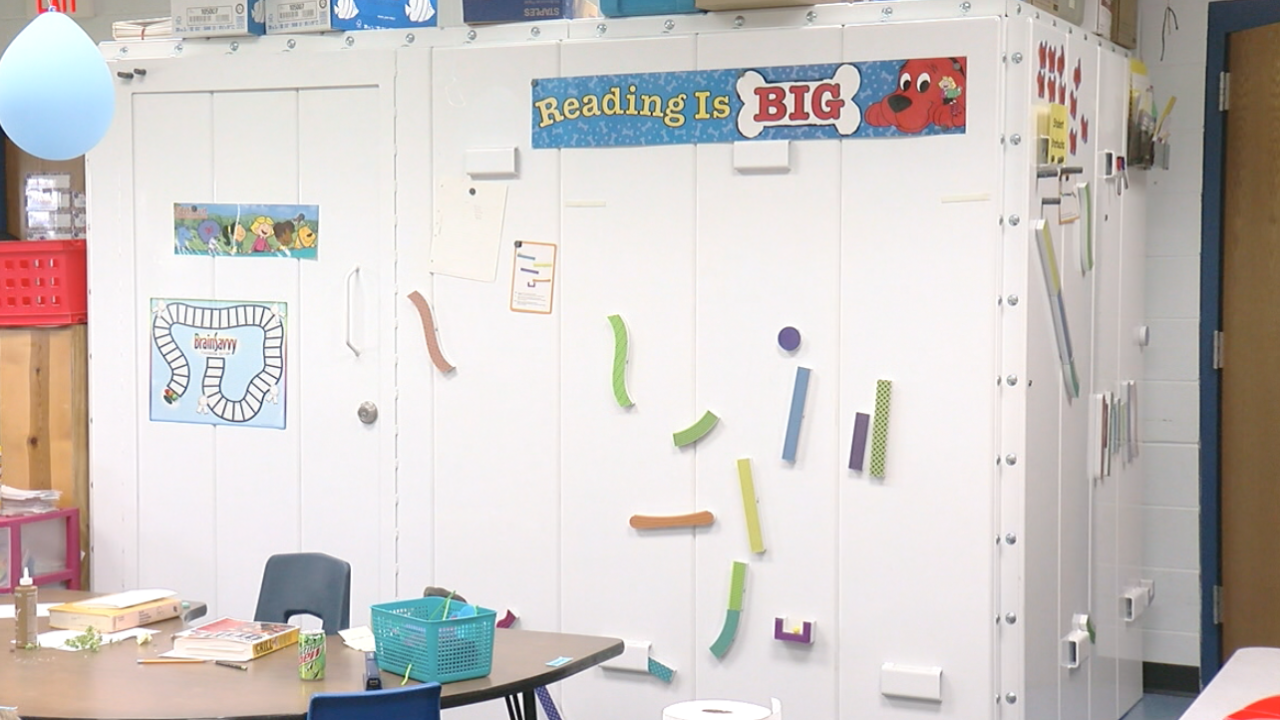 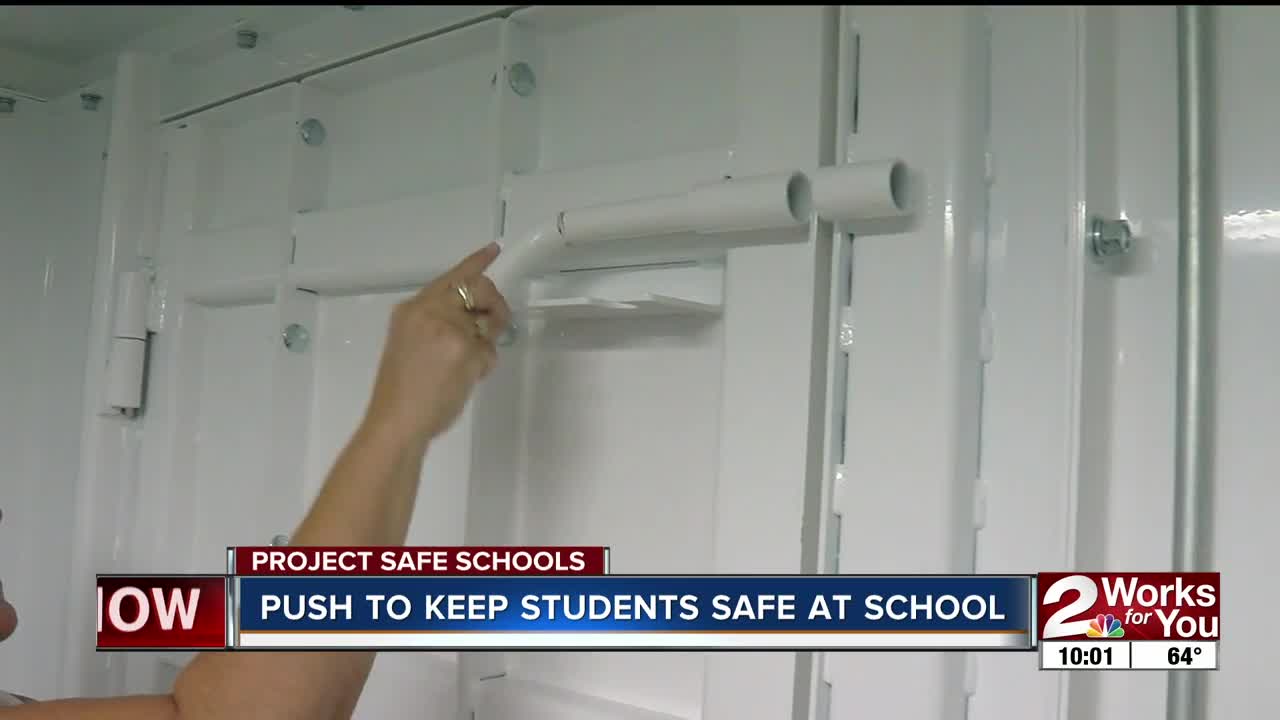 BARTLESVILLE, Okla. -- Colorado's deadly school shooting is a frightening reminder for all districts to prepare for the worst. At Osage Hills School, they installed shelters for students and staff, that protect them from more than storms.

"We need to get into the shelter, please get up push your chairs in, single file line," said Jeannie O'Daniel, Superintendent of Osage Hills School.

The concept for storm shelters at Osage Hills school in Bartlesville came after the Moore tornado in 2013.

Voters passed a $310,000 bond, with $180,000 set aside for a few large storm shelters. However, administrators changed the plan after the Parkland school shooting.

"We decided we needed to see if we could find a way that we wouldn’t have to transition kids into hallways or throughout the building, they didn’t have time in Parkland to move kids around," said O'Daniel.

Osage Hills is now equipped with 13 bulletproof EF-5 tornado shelters in every classroom, protected with three latches and a deadbolt lock inside.

All of their shelters are open to the public as long as it’s during school hours. Their biggest one holds about 50 people inside, and their classroom shelters hold about 30.

"We recently had storms in the area and we had parents calling us telling us, just keep my kids there after school because I know they’re safer there than if I were to come and get them," said O'Daniel.

While it's a frightening reality for kids as young as kindergartners aware of 'bad guys' the district believes it's beneficial to communicate with their students.

"Instead of wondering what to do and being in a situation where we could’ve, we should’ve, I love the fact that Jeannie took the initiative to put one in every classroom," said Joe Schrader, C.E.O. of Oklahoma LED, a Tulsa company that teamed up with SchoolSafe to provide Oklahoma schools with more security.

Joe Schrader with Oklahoma LED says the shelters only take up about 10 percent of a classroom, and takes about four hours to construct. Once they're built, Schrader says they're semi-permanent, which means they can be moved.

The shelters are wheelchair accessible, and equipped with outlets and LED lighting.