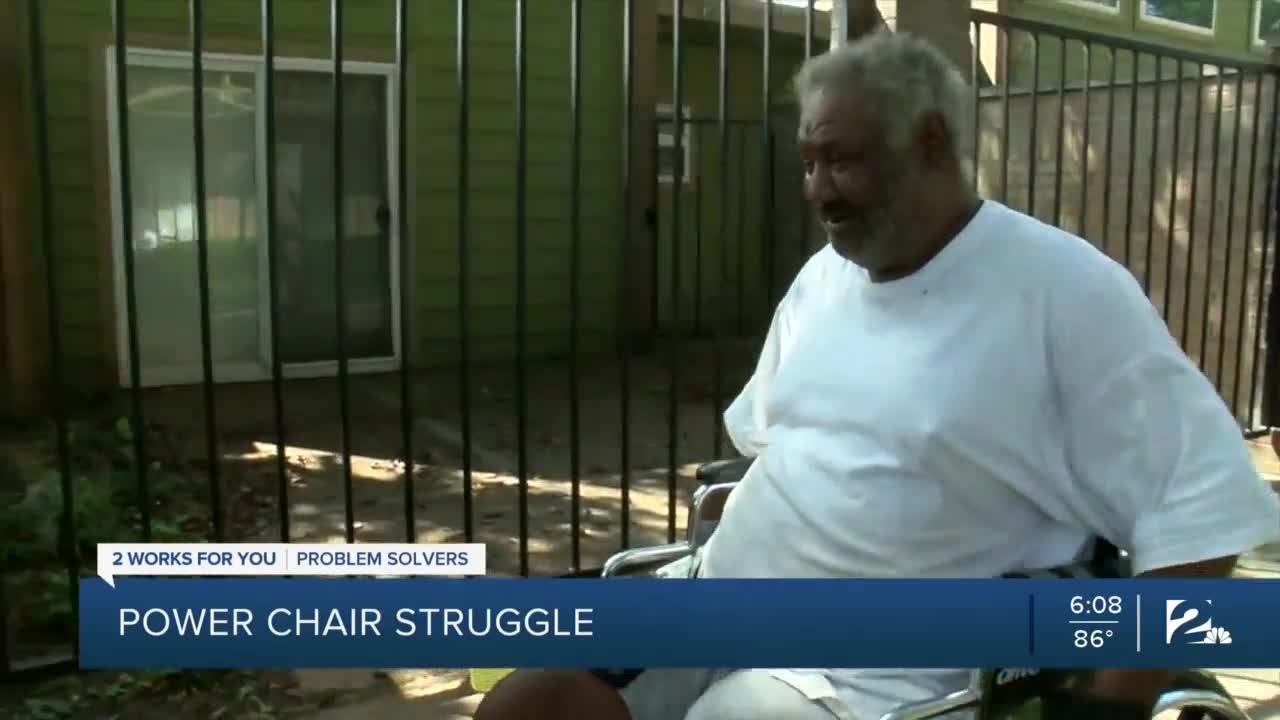 TULSA, Okla. — An amputee is unable to use his electric wheel chair. He is unsure when if it will ever work again.

"Now this is the hard part right here," Robert Bise told 2 Works for You reporter, Mason Mauro, as he pushed his standard wheel chair up a slope outside his home.

Every day for six months straight, Bise has struggled on the sidewalks around his apartment.

Bise uses his right foot as a guide. It is the only one he has.

"I lost my other leg three years ago," Bise said.

Bise has been confined to a conventional chair since January. He told Problem Solvers his electric wheelchair will not charge and the battery is dead.

"It's dead as a doorknob," Bise said.

Bise said he is a type 2 diabetic with clotted arteries. He also told 2 Works for You he suffered both a heart attack and stroke just a few years ago.

He said the added stress of willing his wheel chair is a risk to his health.

"There is no blood flow to my foot. My foot is swelling up," Bise said. "They may have to amputate my right leg from the toe to the knee."

Bise told 2 Works for You he called the chair vendor, National Seating & Mobility, to come fix the chair but he said they refused. He said a vendor representative told him he misused the power chair.

After Problem Solvers got involved, a manager at the company's Tulsa branch called Bise and set up an appointment for a technician to assess his electric wheelchair, next week.

Bise said the call was the first time he has heard from National Seating & Mobility in six months.

A spokesperson for National Seating & Mobility told 2 Works for You, "Our goal is to help in any way we can and provide any mobility needs for our clients."