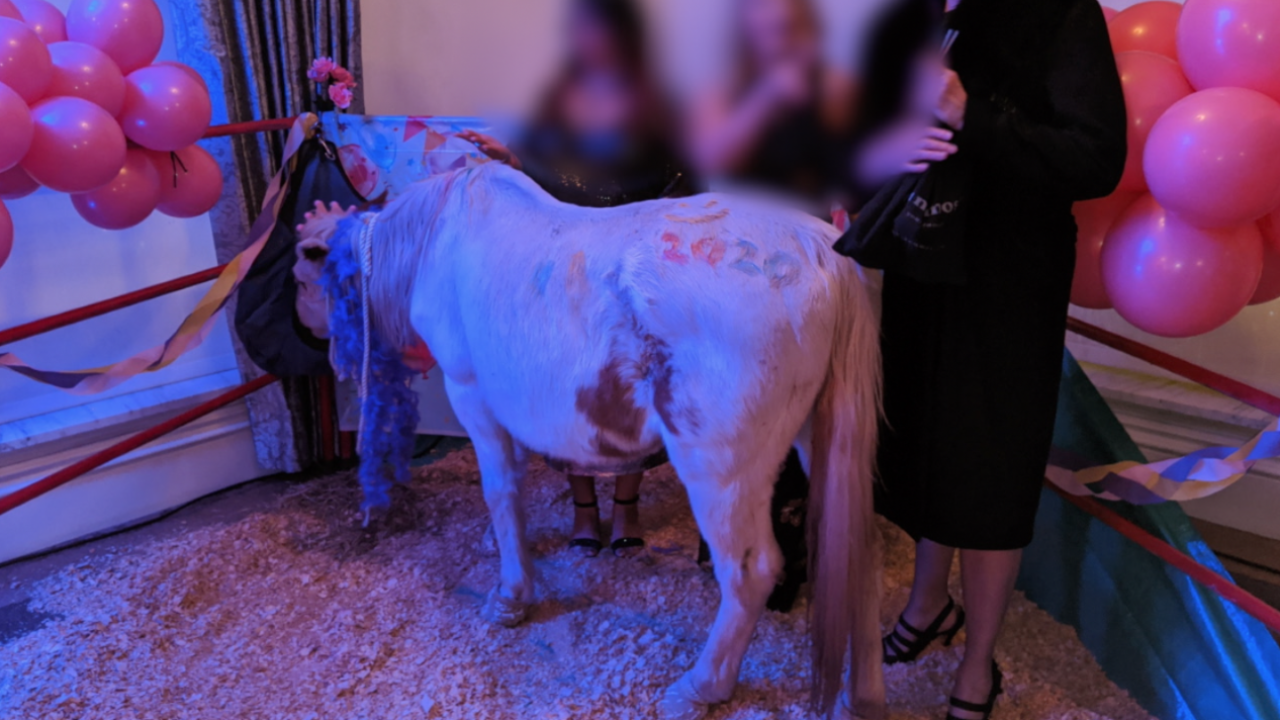 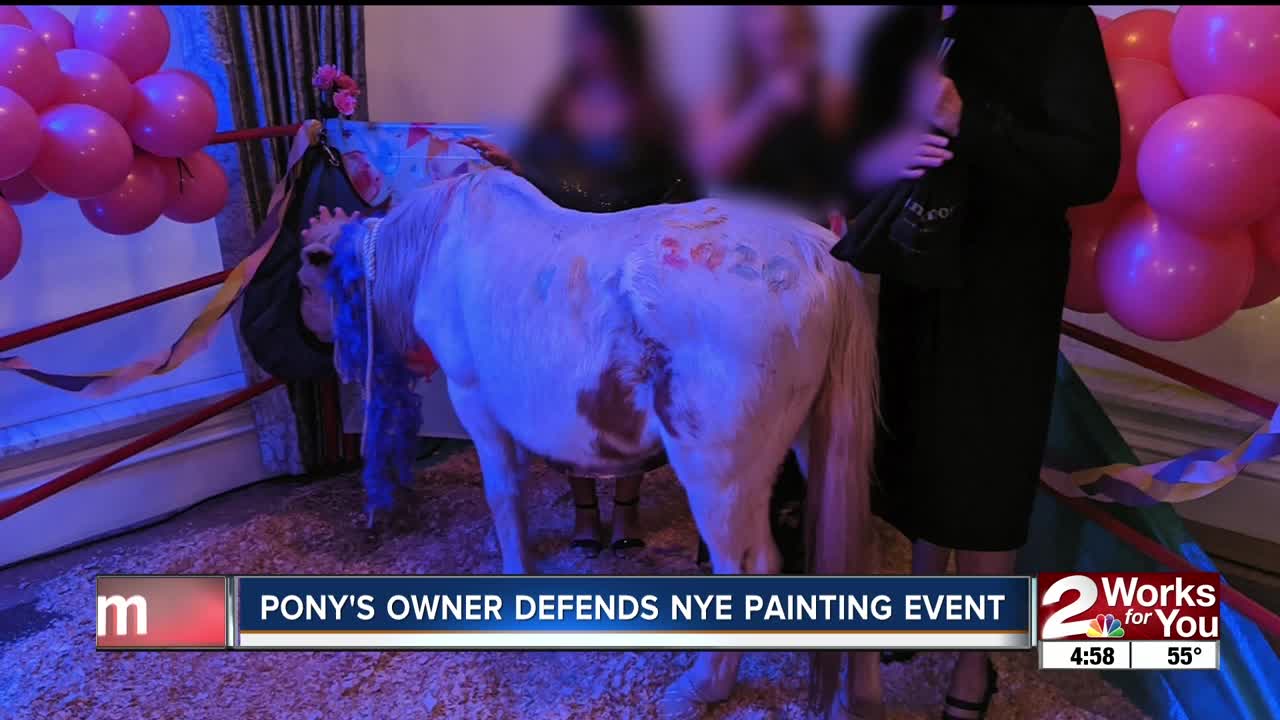 The pictures showed her 15-year-old pony named Porsche being painted on by party-goers at the Mayo Hotel in downtown Tulsa.

Facebook commentators were upset at the hotel, and at Sondra Reeves, who has been a horse owner for 15 years. Some called what they saw "abuse", others "exploitation".

Reeves says the paint used is non-toxic, and her ponies like Porsche are pet and played with in a similar fashion every weekend. It's part of a trend that's taken off in which kids can get messy with washable finger paint, and pet the horses at the same time.

"These are my babies. Most of them I've raised from birth. I'm not going to do anything that's going to in any way hurt my animals," Reeves said.

In a statement, Reeves' veterinarian said the Crayola finger paint used, "is not going to create undue harm, irritation, discomfort or have adverse health effects on equid species." The statement, sent from Pine Ridge Equine Hospital, goes on: "There is no literature data or MSDS information to the best of my knowledge that this product causes harm to horses."

PETA Senior Director Stephanie Bell disagreed, saying in a statement to 2 Works for You they urge The Mayo Hotel "to keep anumals out of its events in 2020 and beyond."

Shame on anyone who decided that covering a vulnerable horse with graffiti was an acceptable way to ring in the new year," the statement reads. "Painting live animals puts them at risk of developing painful allergic reactions and endangers the public, as it's impossible to predict how an animal will react in a crowded setting."

Reeves says the pen she set up had a covered floor, and was in a quiet area away from the party. She says Porsche stood quietly eating, and enjoyed the attention.