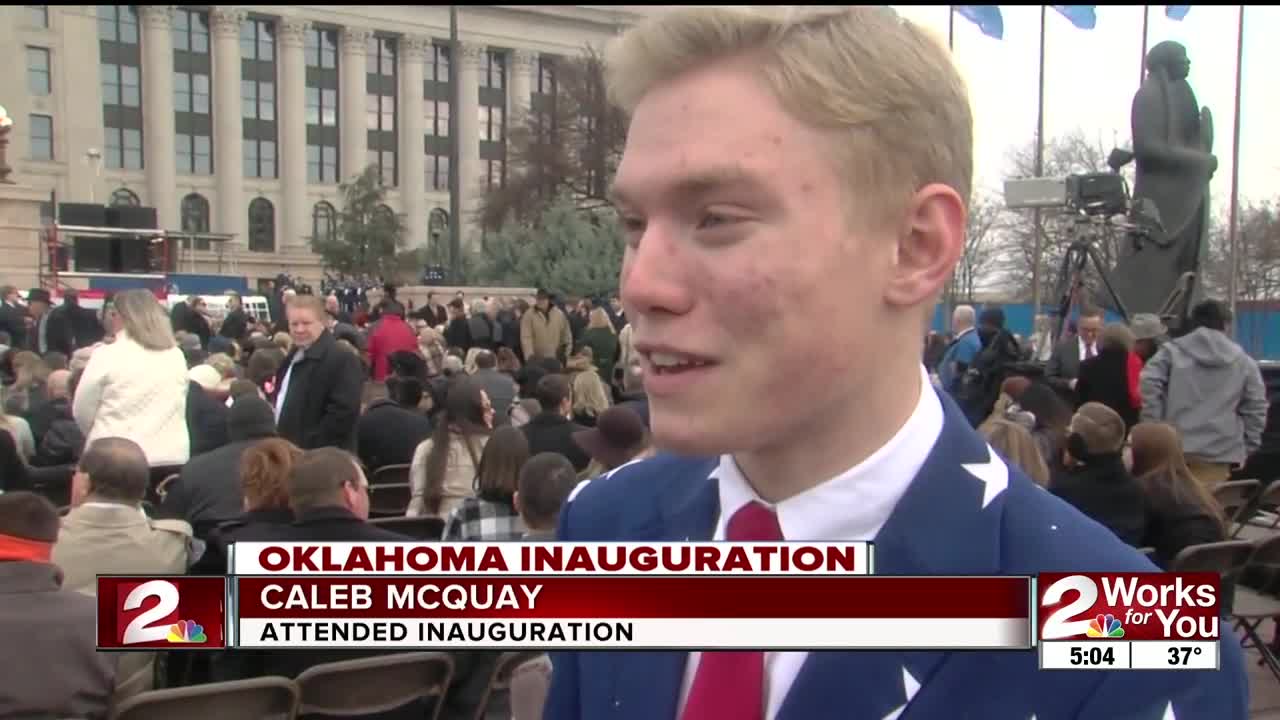 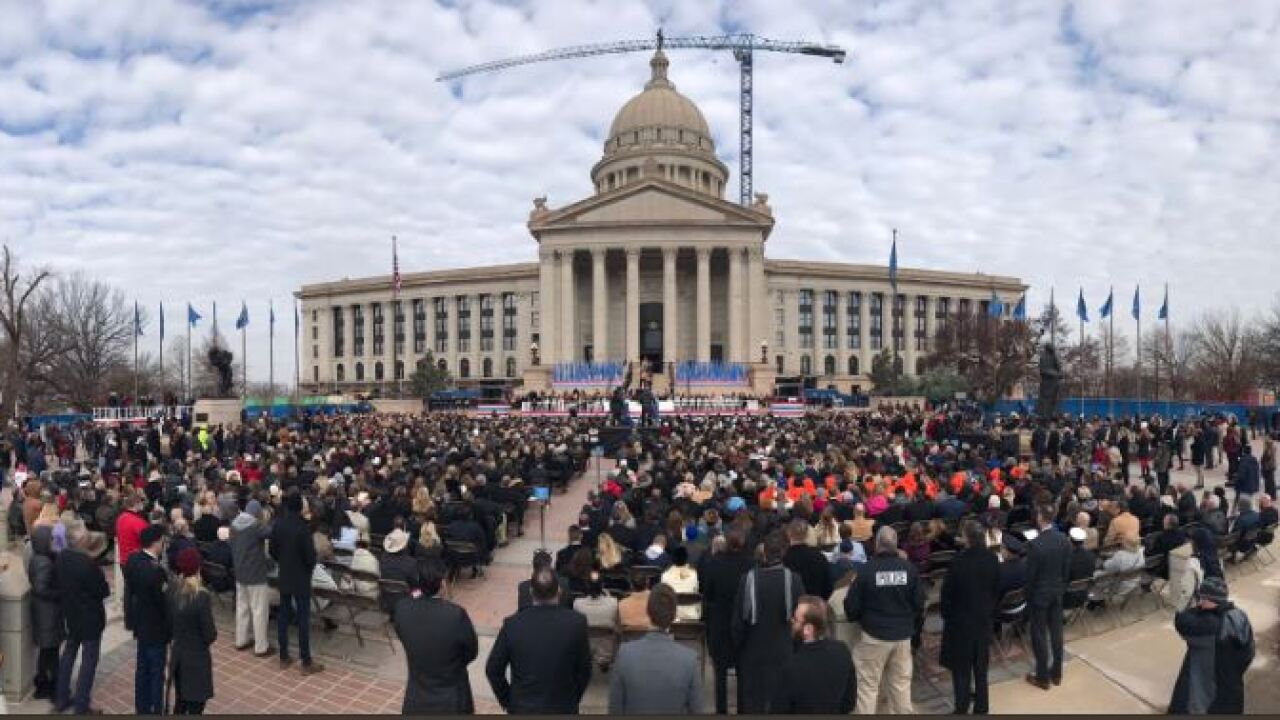 A group of fifth- and sixth-graders made a two-hour trip from Avant Elementary for the ceremony. Their teachers wanted them to learn more about state and local government firsthand.

"I think it's real nice," Clark Nance, a fifth grader from Avant, said. "It's my first time being at an inauguration and it's really cool."

Nance said he has aspirations to become a politician some day and watching the inauguration was a neat experience for him.

Many times throughout the ceremony, stories were brought up about the newly elected governor being told he could not lead the state.

His friend, who emceed the swearing in, remembered when he and Stitt were teenagers and he wrote on his list of goals to become governor, but crossed it off because he thought it was too big of a goal.

"This may seem too bold for some," Stitt said about his plans for the state during his speech. "Big goals can often feel unattainable, but don't say that to a guy who was told it was impossible to build a nationwide mortgage company with just $1,000 and a computer and who was told a political outsider couldn't become governor."

His success story was inspiring to young people who attended, including Blake Simmons, who is the head of the Young Republicans at Muskogee High School.

"Like Kevin Stitt... he's a political outsider," Simmons said. "Anybody can do this. You can dream big if you work hard and make it happen, then you can set your sights on anything." .