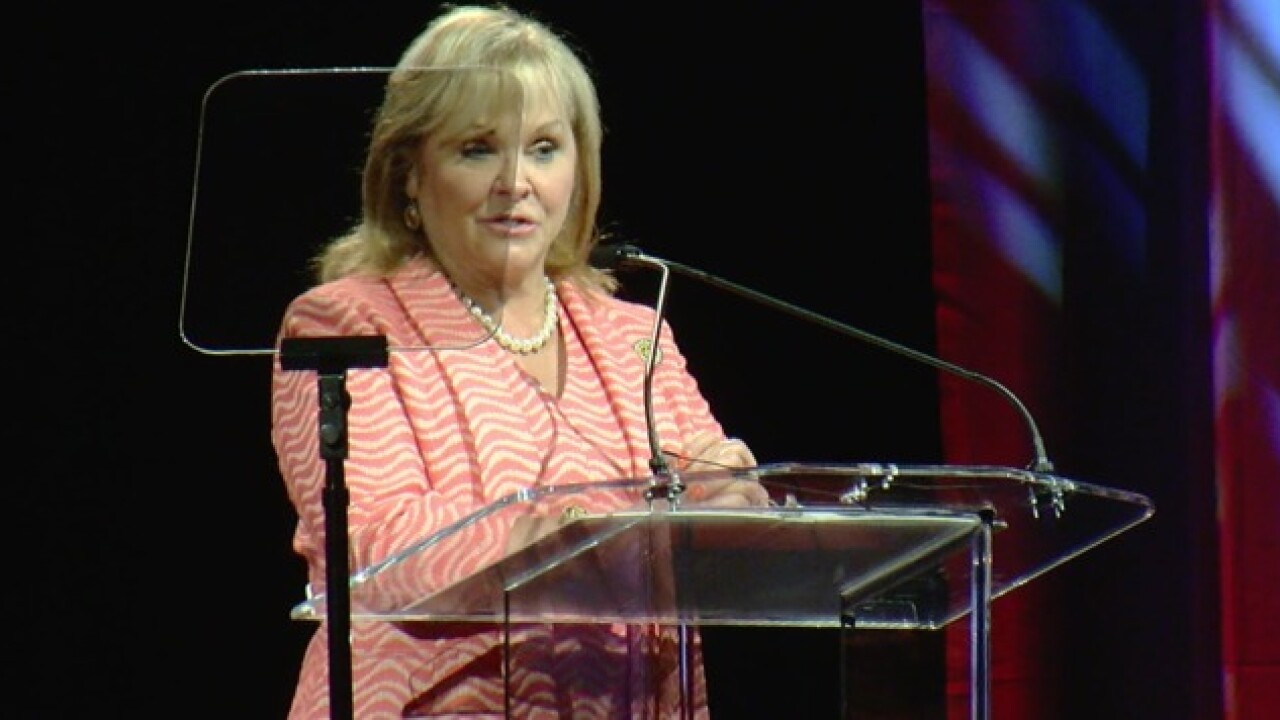 TULSA, Okla. -- Despite criticism over the teacher walkout and more recently medical marijuana, Governor Mary Fallin said a lot was achieved during her two terms as governor during the State of the State address on Tuesday.

She mentioned cutting unemployment almost in half, and the 16 percent pay raise for teachers.

Fallin said the raise for educators was signed in before the teacher walkout began, calling it a victory that was years in the making.

"We were able to reach that agreement. Three-quarters of the legislature had to vote to find the sources of revenue to make the investment back into our "save for education" our children's future. That's probably one of the biggest things that was very, very difficult and something that I'm very, very proud of," she said.