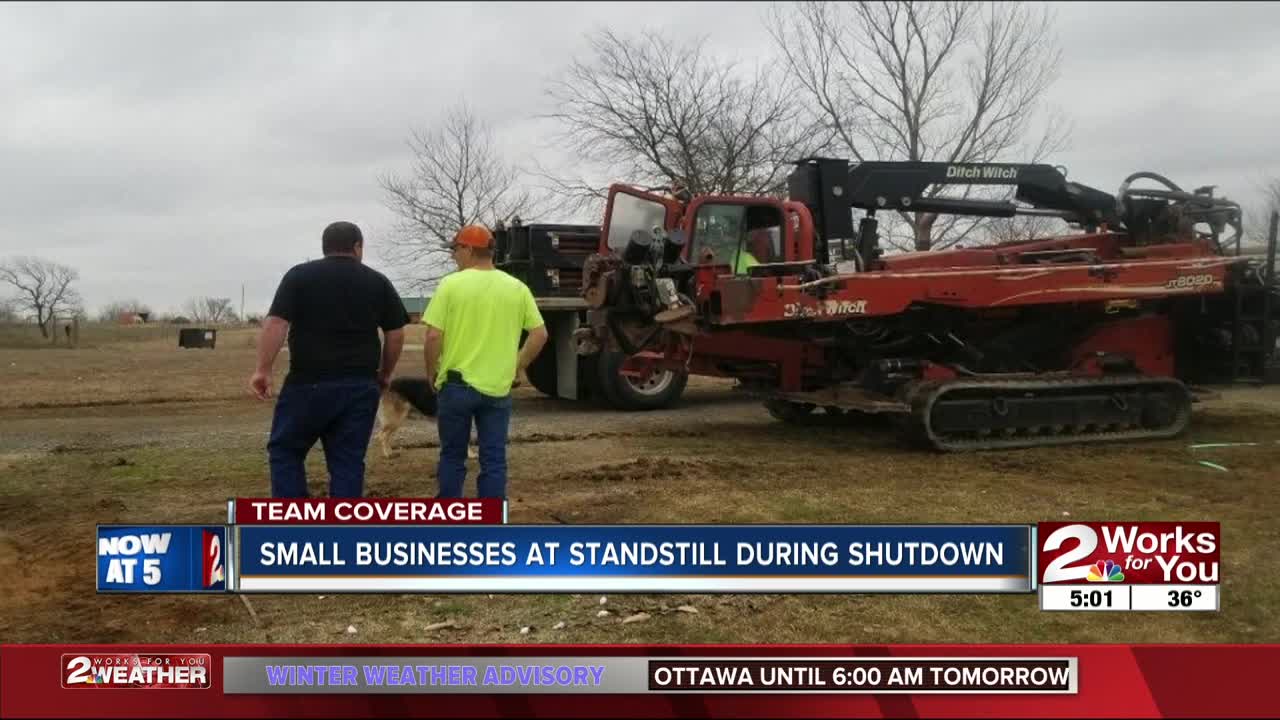 TULSA, Okla. — It's now day 32 of the government shutdown and it’s having a domino affect on not just federal workers, but small businesses.

Some companies using Small Business Administration bonds have been out of work or without pay since the shutdown began.

The Bolding family owns Bolding Construction in Haskell, specializing in directional drilling, underground utilities and demolitions. When they won bids for a few government funded projects, they were thrilled, but now they're left with stalled work and no pay.

The Bolding's story is just one of many small businesses affected by the government shutdown across the nation.

“The well is going to run dry after awhile, and then my business is under and many other businesses are going to go under,” Jacob Bolding, owner of Bolding Construction said.

The small family company offers its services for big construction projects, some funded by the state. In order to do the job, the business takes out a surety bond from the SBA.

A surety bond is a contractual agreement between the project owner and the business guaranteeing the project will be completed. However, in order to get the project going a federal worker must sign off on the bond, and since the government is shut down, there's no one to sign the checks.

“The first of the year they came to tell us since the government shutdown, we can continue working on our own money, but there wont be any pay until the government opens back up,” Bolding said.

The implications of no SBA bond approval could be massive for small businesses that rely on the money to complete jobs and pay their workers.

For Bolding construction, this means jobs hit a stalemate unless they choose to work for no pay.

“Being a small business, like my employees, they have to go to work every week,” Bolding said.

The business owner has chosen to pay employees out of his own pocket so they can provide for their families, taking money from his savings. When his money runs out, so does the company.

“I have five employees,” Bolding said. “Their families depend on my business to keep working. I cant just tell them right after Christmas we're shut down for two years."

In the meantime, Bolding and his family anxiously await to see if Congress can agree on a deal. Until then...

“I’m going in on a prayer hoping it opens and they start getting along,” he said.

Any small business who relies on funding from the SBA is affected during the shutdown. Many big road projects have also been stalled until the government can reopen.