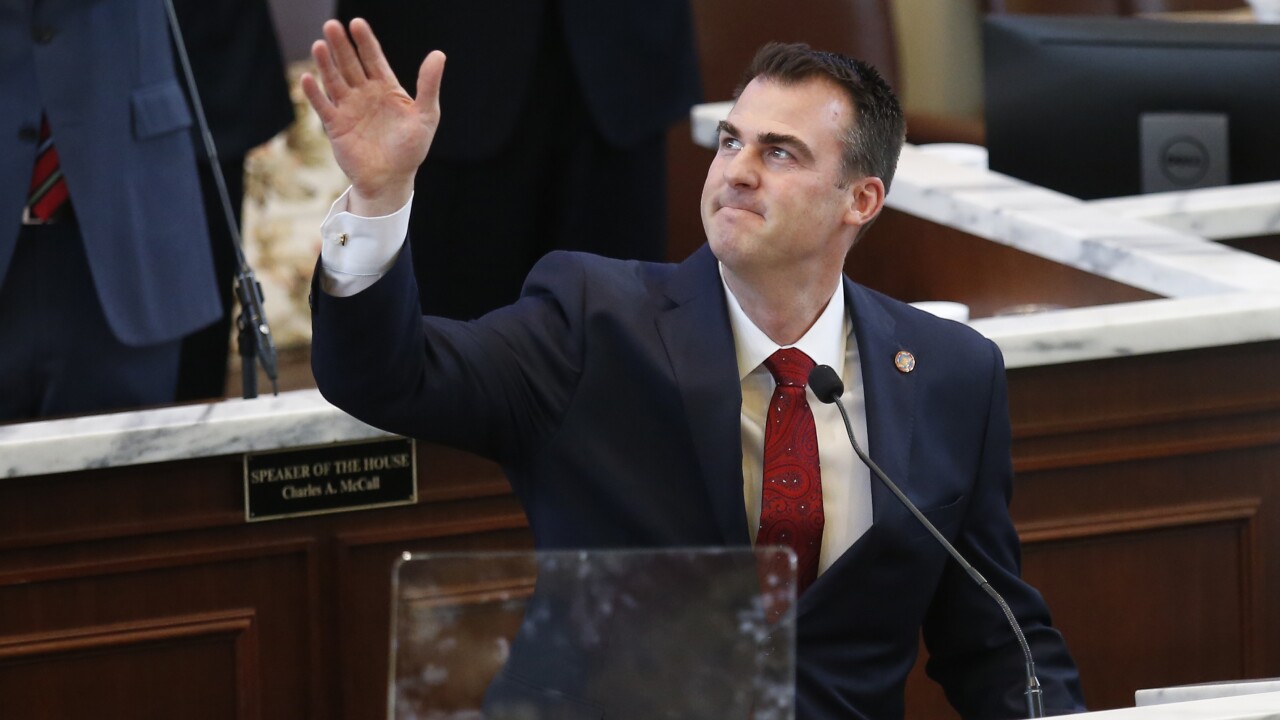 (Copyright 2020 The Associated Press. All rights reserved. This material may not be published, broadcast, rewritten or redistributed.)
Sue Ogrocki/AP
Oklahoma Gov. Kevin Stitt waves to the balcony as he delivers the State of the State in Oklahoma City, Monday, Feb. 4, 2019. (AP Photo/Sue Ogrocki)

OKLAHOMA CITY — Oklahoma Gov. Kevin Stitt held a ceremony Wednesday to sign the "Constitutional Carry" bill, which will allow Oklahomans to carry a gun without a permit or training.

According to the National Rifle Association, at least 14 states have approved some version of permitless carry, most recently South Dakota, where it was the first bill signed by new Republican Gov. Kristi Noem.