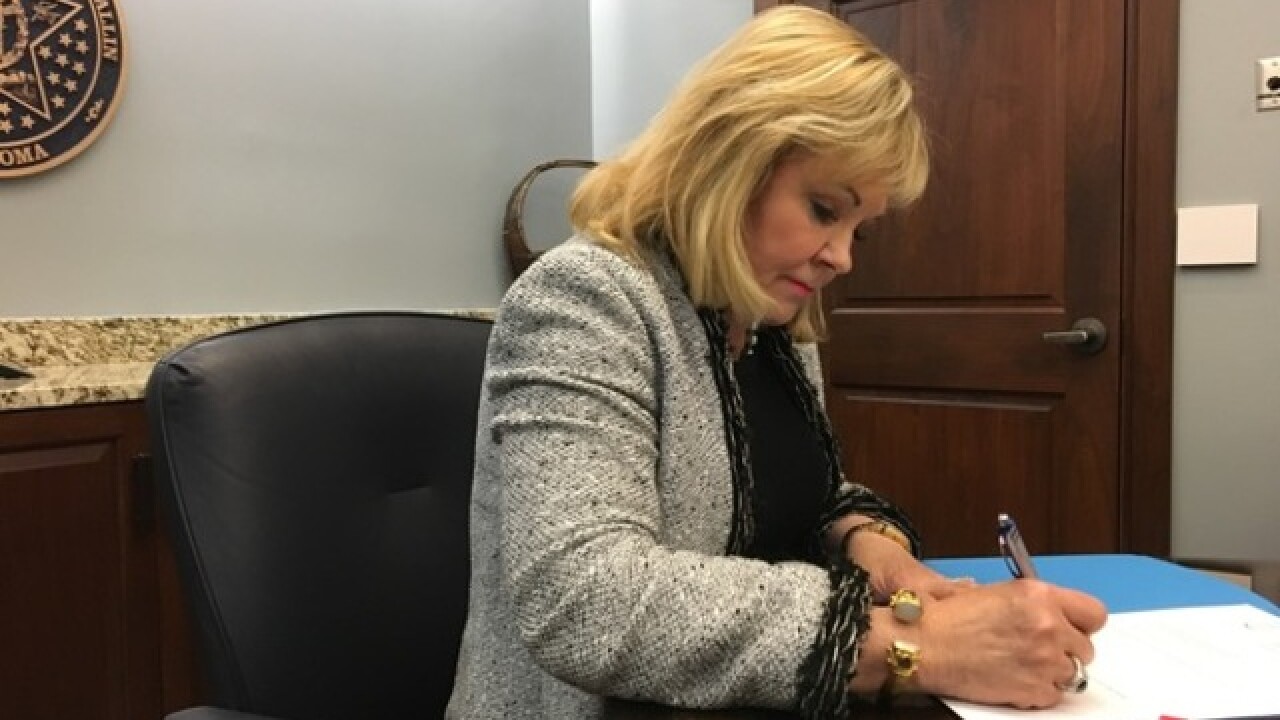 Fallin signed HB 3375, which allows tribal casinos to use traditional roulette and dice games. Fees generated by the change will put funding into education.

Fallin also signed HB 1019XX, which will require third-party online retailers to collect and remit sales tax back to state coffers. It will affect purchases made through sites such as Amazon.

She also signed a repeal of  the hotel and motel tax, which was included in a larger revenue package of HB 1010XX which provides funding for teacher pay raises and new revenue for school supplies.

“The revenue package that funded the teacher pay raises would not have passed the Senate with the required super majority, or three-fourths support, had a bipartisan agreement not been struck to repeal the hotel/motel tax,” Fallin said.