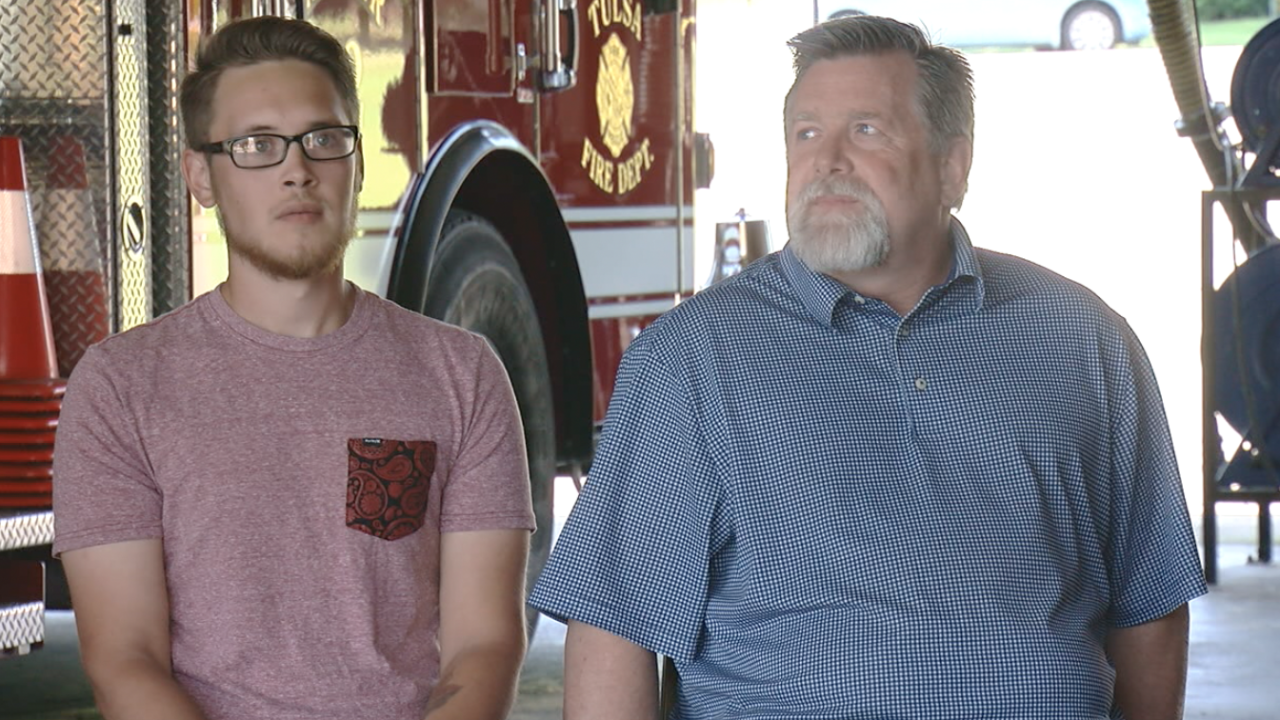 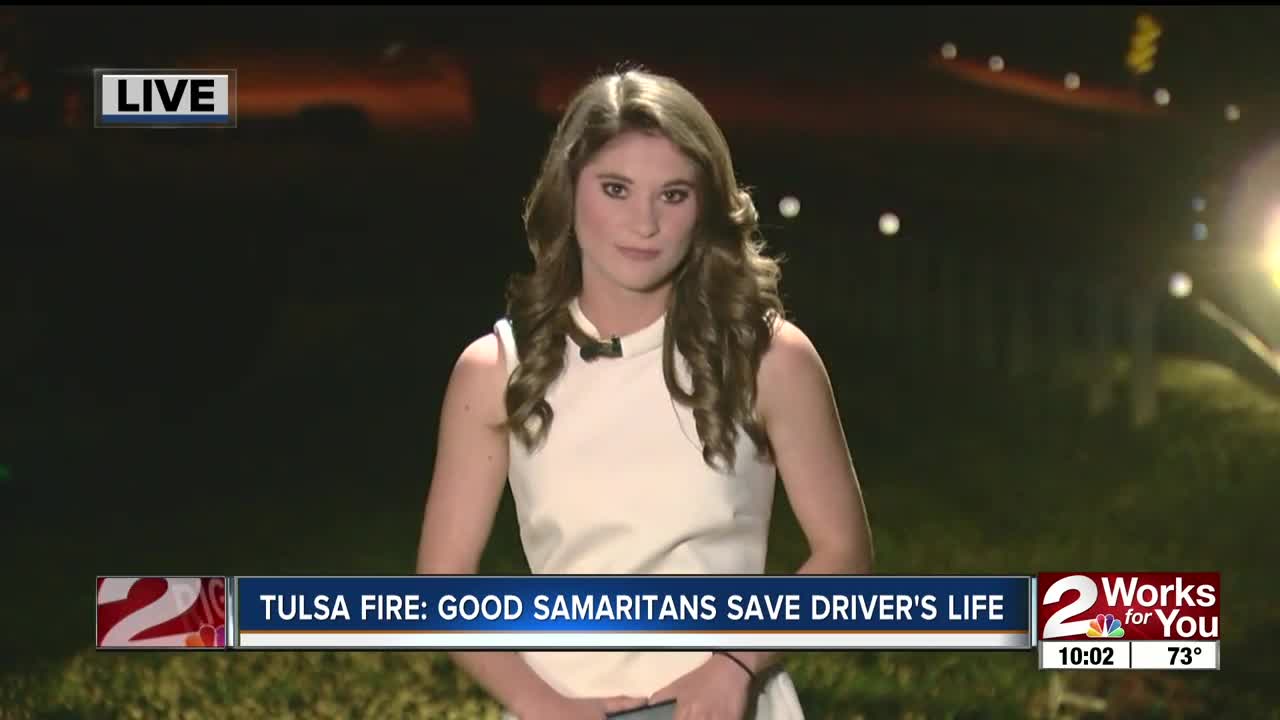 TULSA -- The Tulsa Fire Department credits two citizens for saving a man's life after the driver of a dump truck crashed into a creek in south Tulsa Thursday morning.

"They took initiative and they literally saved his life today," said Capt. Thomas Hufford, with the Tulsa Fire Department.

"The truck was smashed down in there so that whole side was covered with water," said Capt. Hufford.

Sam Blackburn happened to be driving behind the truck around 8:30 Thursday morning.

"I guess the good Lord just told me to pull off and stop," said Blackburn.

He yelled out to the driver, but didn't get a response. At that point he decided to climb on top of the truck and look through the passenger window.

"I could see just his shoulder sticking out of water so the rest of him was underwater," said Blackburn.

Blackburn held the man's head above water, while he was still unconscious.

"He did not look good when I pulled him up so it was pretty unnerving," said Blackburn.

Another man, Colby Young, who was driving in the opposite direction and saw the crash pulled over. He jumped on top of the truck and tried to help Blackburn by pulling the driver out of the truck.

"I didn’t care what the consequences could have been I was just worried about the guy that was inside," said Young.

The driver, trapped under the steering column and gear shaft, finally showed signs of life.

"Colby noticed he started breathing so at that point we were kind of relieved that we could just wait on the firemen to get there and get him out," said Blackburn.

The driver was pulled out to safety by first responders, as Blackburn and Young went about their day.

"God didn’t put us on this Earth for no reason so we need to help each other out," said Blackburn.

The driver was taken to the hospital, and we're told he's doing well.