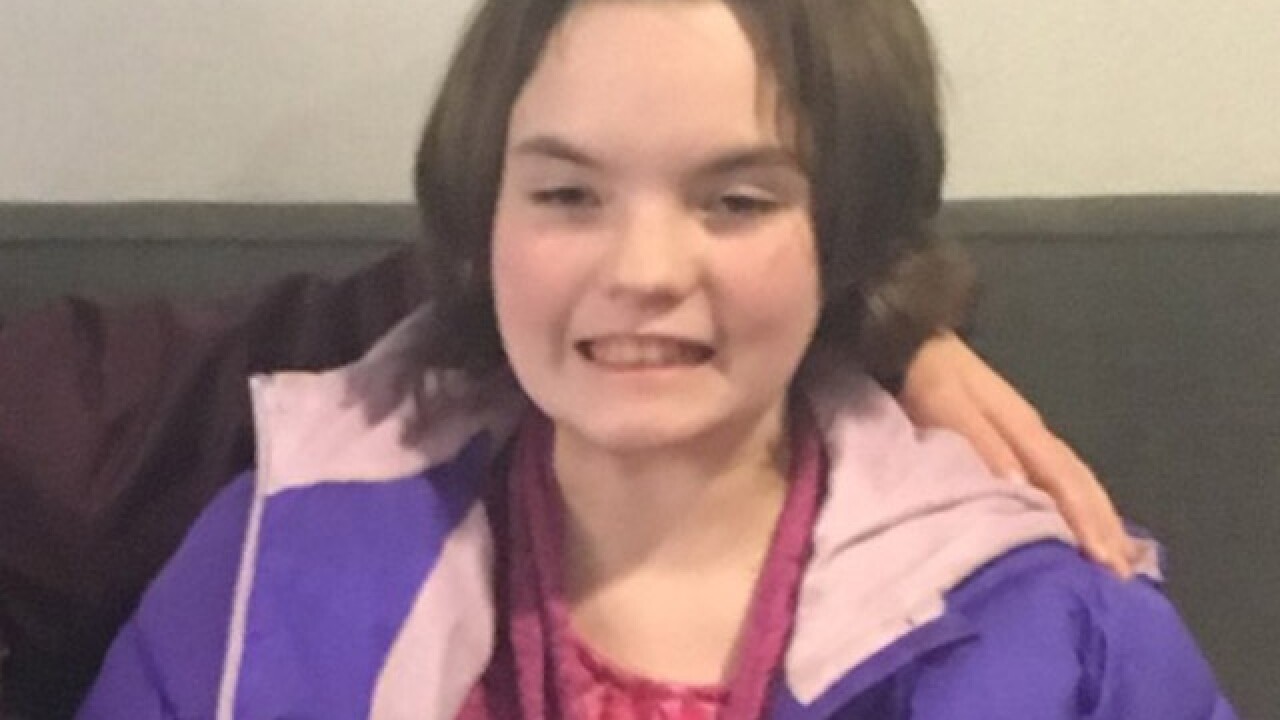 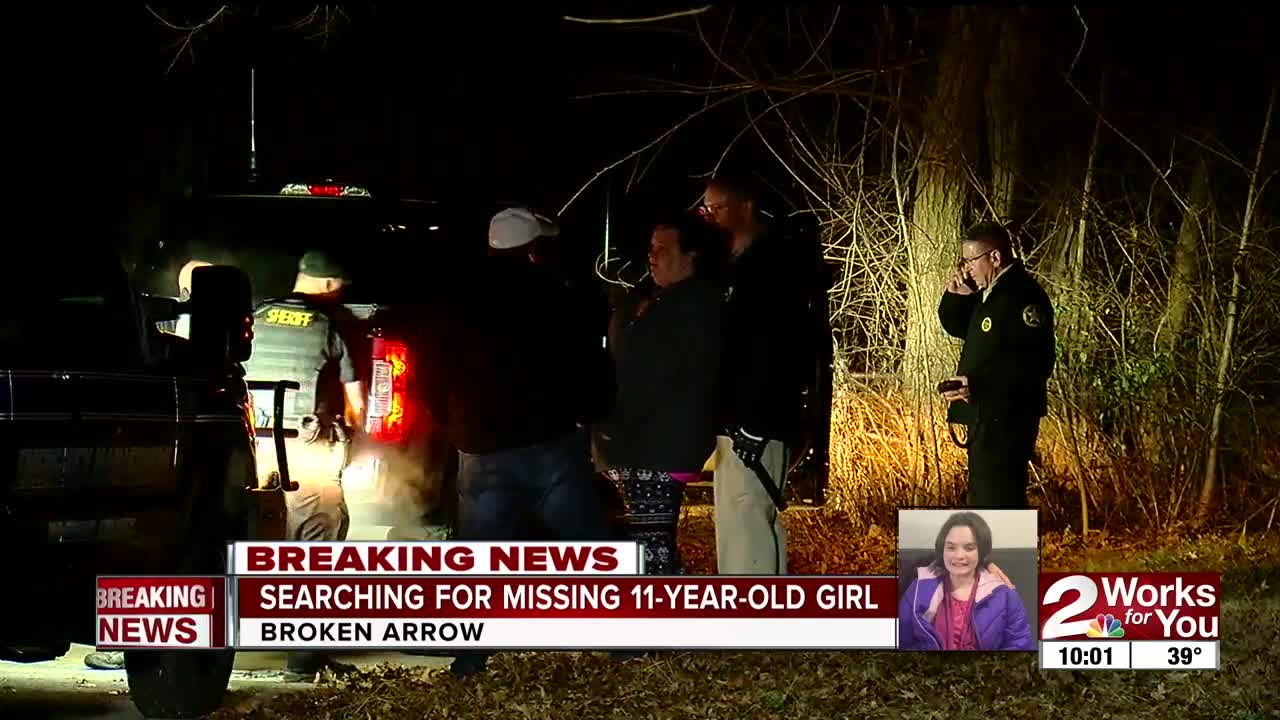 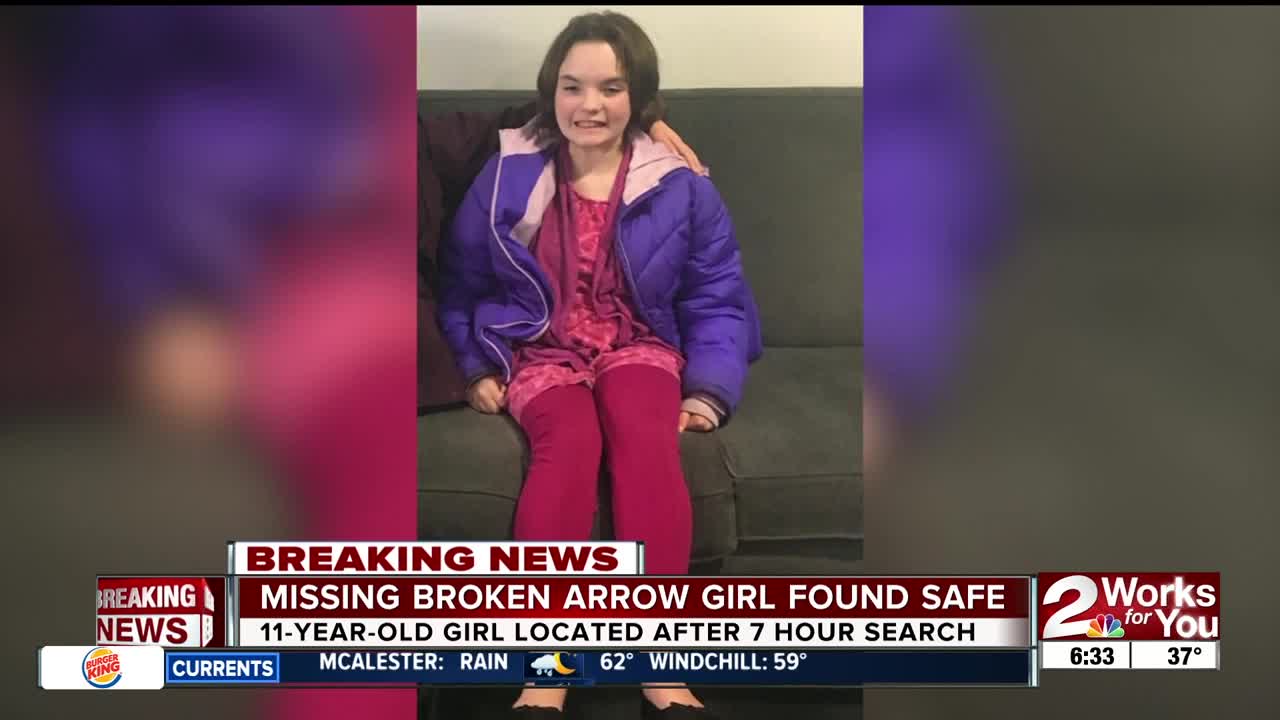 UPDATE 12:15am: Wagoner County deputies say 11-year-old Lily Buffington was found safe. Authorities said she was cold and tired, but she was alert.

Deputies said the case is closed since the child was found safe.

An 11-year-old girl has been reported missing in Broken Arrow, according to the Wagoner County Sheriff’s Office.

She was wearing a blue dress, black ballerina shoes, a purple coat and purple backpack.

Deputies say the girl has autism.

The bus driver, who joined the family to help until search crews arrived, spoke with 2 Works For You reporter Megan Allison and told her the school policy allows parents to sign off on allowing their children to be dropped off without an adult present at the stop. It's never been a problem, the driver said. She also said she watched the girl go up to her front door and turn around and wave.

Lily's mother called for help when her daughter never arrived.

A trail camera recorded the child about 400 yards south from where she was last seen by the bus driver, investigators say.

Crews have been searching for the girl in vehicles, on foot, with a helicopter and also sent a team of K9 officers into the nearby woods to cover a 3-mile area.

One sergeant tells us it's challenging terrain for a search.

"Heavily wooded area, fields... the significant issue would be strip pits and things like that," Wagoner County Sheriff's Office Sgt. Jeff Halfacre said. "We've received no information that she's close to one or anything like that, but there are strip pits in the area that could be dangerous if she comes across one."

Law enforcement is asking people to stay away from the area. There are three crews and dogs in the woods dedicated to finding Lily.