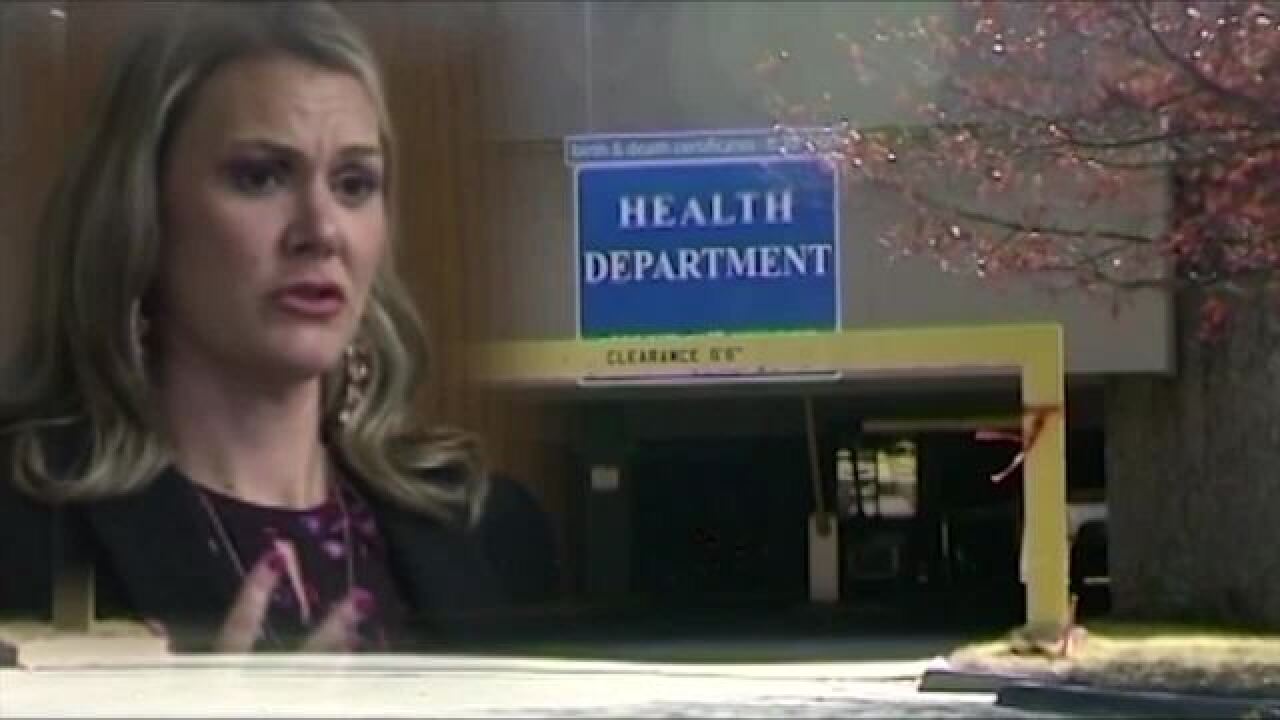 OKLAHOMA CITY (AP) -- The Latest on the resignation of the Oklahoma State Department of Health's top attorney (all times local):

The top lawyer at the Oklahoma State Department of Health who recently resigned now faces criminal charges after authorities said she sent threats to herself and then lied about it to investigators.

The agency's former general counsel, 37-year-old Julia Ezell of Edmond, was charged Tuesday in Oklahoma County with two felonies and one misdemeanor. An agent with the Oklahoma State Bureau of Investigation wrote in an affidavit that Ezell sent threatening messages to her own official government email and then reported that to authorities.

Ezell resigned her position as general counsel on Friday. She had helped draft rules on medical marijuana approved by the agency's board last week.

Court records do not list an attorney for Ezell. A telephone message left at a number listed for Ezell was not immediately returned.

The top lawyer at the Oklahoma State Department of Health has quit her job, days after the agency's board ignored her advice on rules for medical marijuana.

In a brief email to the agency's interim commissioner, Ezell wrote: "I am so sorry."

Ezell cautioned the board last week against banning sales of smokable marijuana and requiring a pharmacist in every dispensary. She said those last-minute changes were beyond the board's legal authority and would likely invite legal challenges, but the board voted to make the changes anyway,