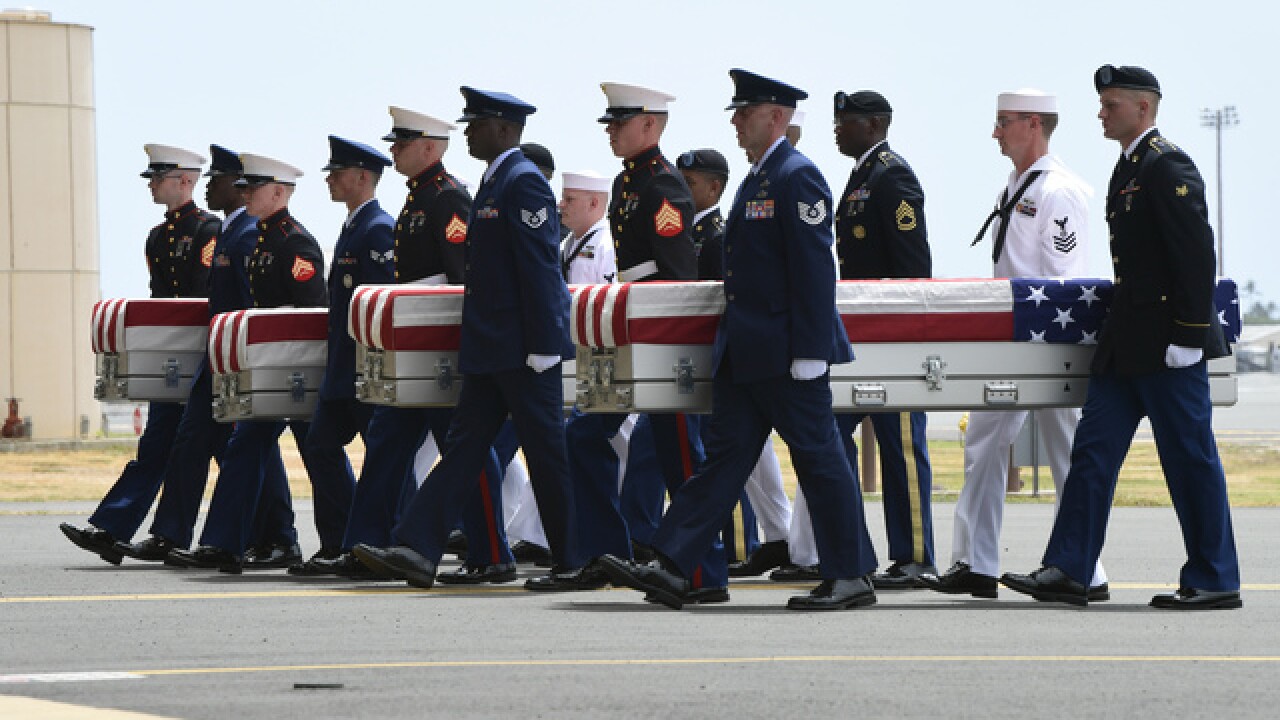 Copyright 2018 The Associated Press. All rights reserved.
Susan Walsh
<p>Military members carry transfer cases from a C-17 at a ceremony marking the arrival of the remains believed to be of American service members who fell in the Korean War at Joint Base Pearl Harbor-Hickam in Hawaii, Wednesday, Aug. 1, 2018. North Korea handed over the remains last week. (AP Photo/Susan Walsh)</p>

OKLAHOMA CITY (AP) -- Funeral services are this weekend in Oklahoma for two Korean War soldiers whose remains were recently identified.

Services will be Saturday in Idabel for Army Pvt. Charles Kaniatobe of Idabel and on Sunday in Bokchito for Army Pfc. Mathis Ball Jr. of McKinney, Texas.

The remains of both men were recovered in 1950 and were sent to Hawaii but remained unidentified until recent DNA testing.