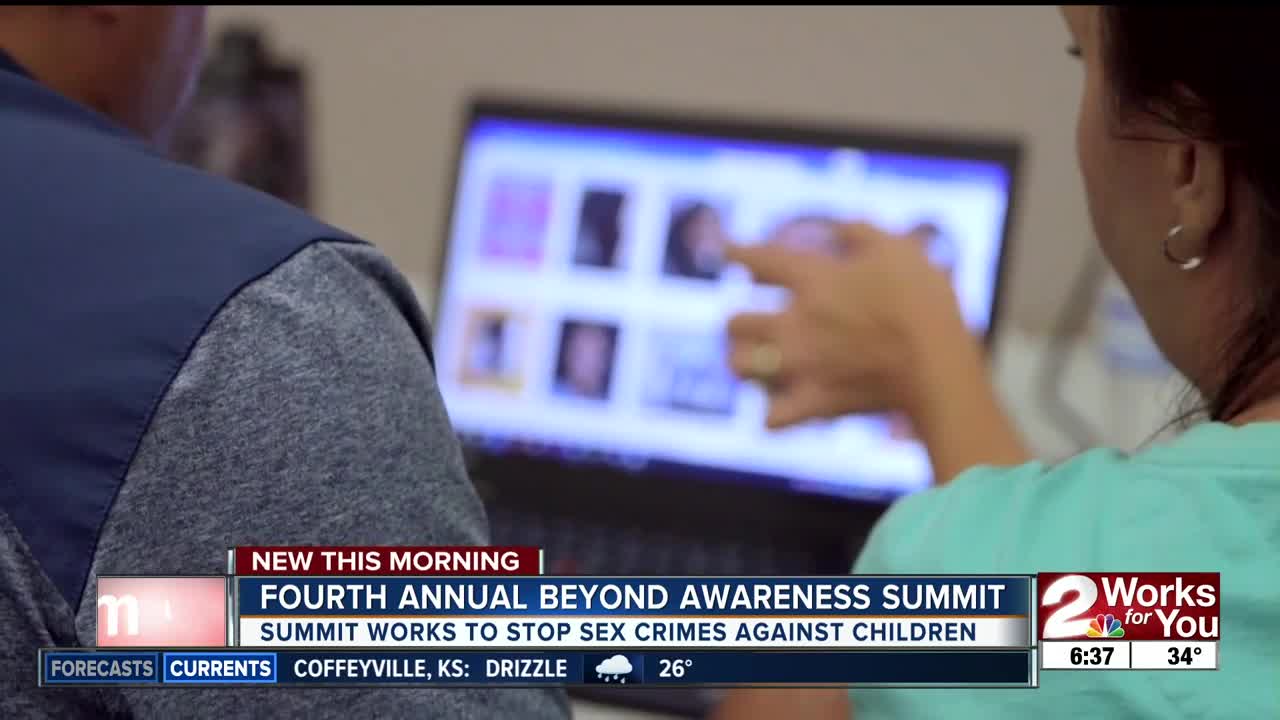 TULSA, Okla. — Over the next few days, law enforcement, social workers, and parents will have a chance to attend the 4th Annual Beyond Awareness Summit.

The mission of this summit is simple: keep children safe.

They'll learn tools to help stop sex crimes against children but organizers said it takes everyone working together to make that possible.

Over the last several years, law enforcement across the country have seen a rise in child sex crimes and sex trafficking.

The summit, hosted by The Demand Project, Homeland Security, the Tulsa County Sheriff's Office, the National Center for Missing & Exploited Children and The Malouf Foundation, is now open to the public this year.

The Demand Project President Jason Weis said predators are going after even younger children through the different forms of social media and most of it, kept a secret from parents.

He said it’s not a matter of if your child will be approached, but when and parents need to be prepared for it.

“I continually get calls from people saying that my ten-year old or 11 year old, somebody reached out to them on Instagram," said Weis. "There’s more avenues to children now. A few years ago, it was just some chat rooms.”

Weis said it’s important children feel safe in their home and for parents to create an environment where children feel comfortable going to their parents or guardians if something happens to them.

A guest speaker at this year's summit is 16-year-old rape survivor, Chloe Randall.

She feels she must speak out to help other children learn from her experience.

Randall was just 12-years-old when she was approached by her abuser, 29-year-old Matthew Bucher, when she went for her normal run.

The two chatted secretly through the KIK app.

Randall said Bucher tried to get her to sneak out to see him, with Bucher becoming more hostile asking her for sex.

Chloe said his aggressive advances became more than she could handle.

She said it can be difficult coming forward about the abuse for many reasons, especially if you feel your life is in danger.

“A predator could threaten them, threaten their family," said Randall. I know he threatened, well he said that if I told anyone, I wouldn’t see my family again and at first I wasn’t going to say anything because I love my family and I was scared.

Randall faced her abuser in court during her victim impact statement during Bucher's sentencing.

She believes she helped stop him by coming forward.

She now wants to share her message with as many people as she can, so it doesn’t happen to other children.

The summit is open to the public this year.

If you’d like to hear from Chloe and dozens of other speakers, you can enroll at Tulsa Tech's Owasso Campus in person or online by clicking here.