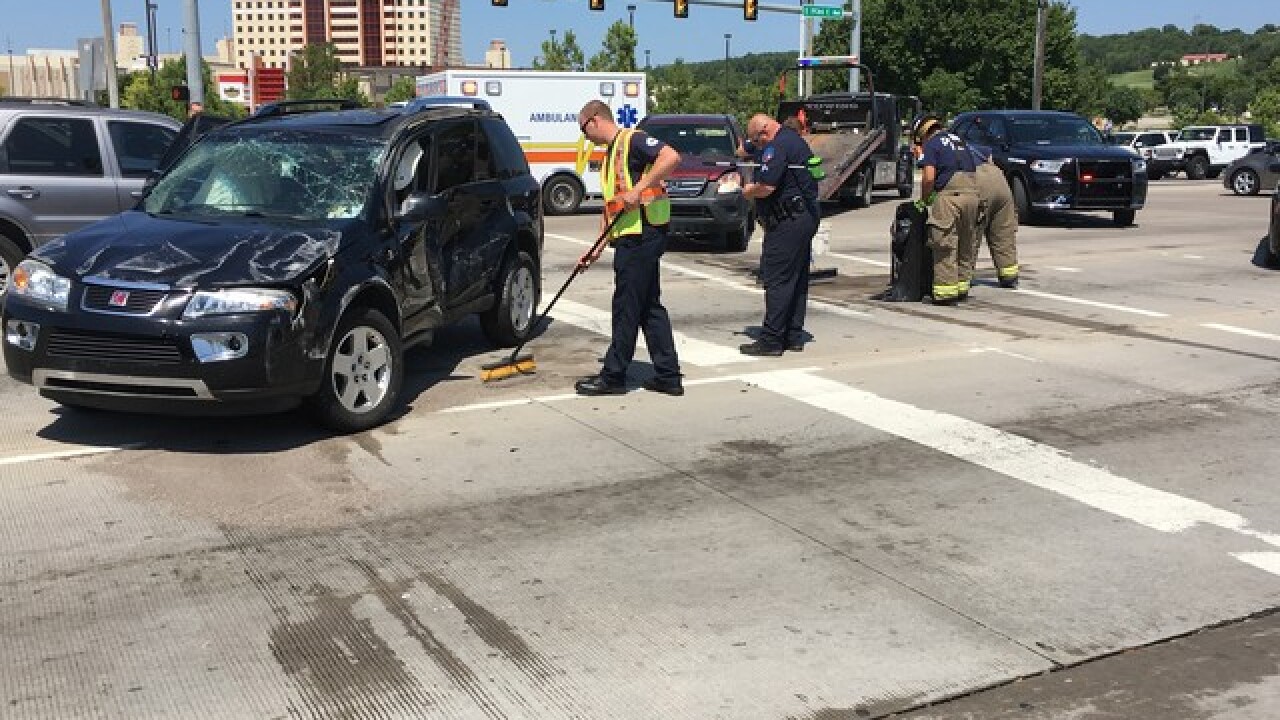 Officials have confirmed that one vehicle rolled over due to the collision and another was leaking gas when they arrived on scene.

Catoosa and Pafford are responding with police and EMSA.

A witness at the scene of the crash said a maroon SUV ran a red light which caused them to hit a black SUV attempting a turn with a green light.

The impact caused the black suv to roll over on top of another car and into a fourth.

Chest pain and head injuries were reported at the scene.