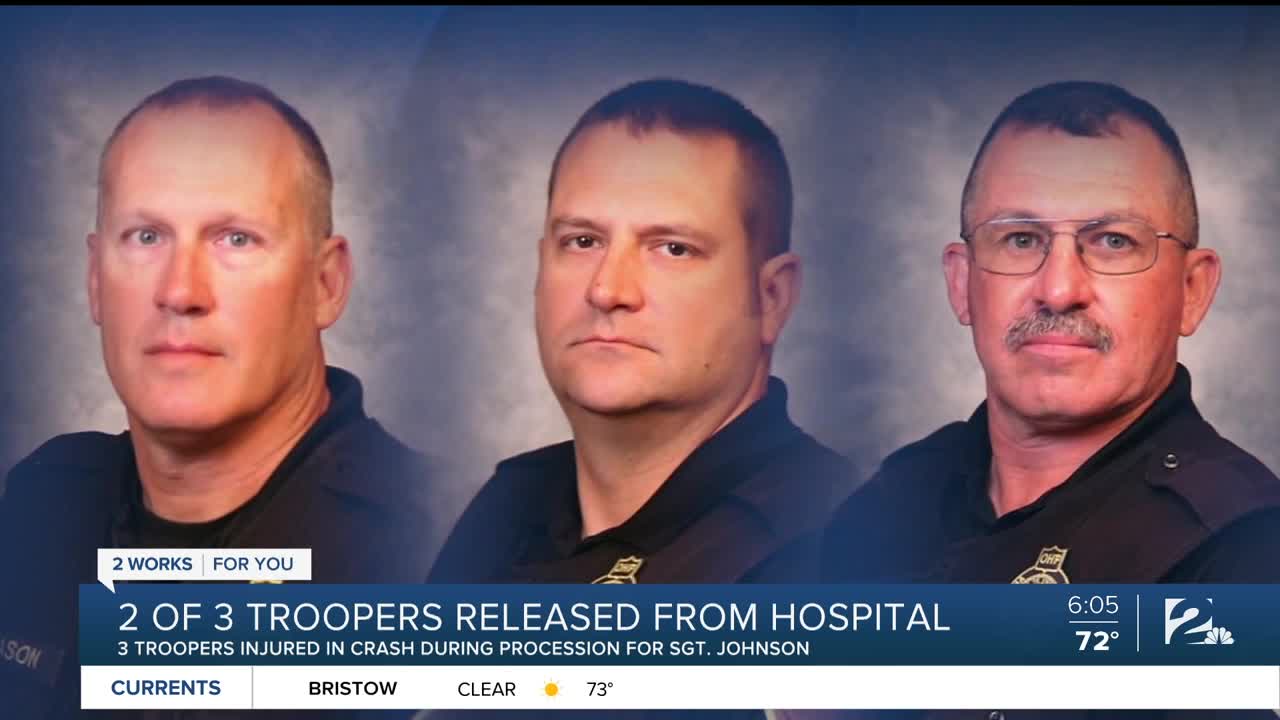 2 of 3 troopers released from hospital after crash 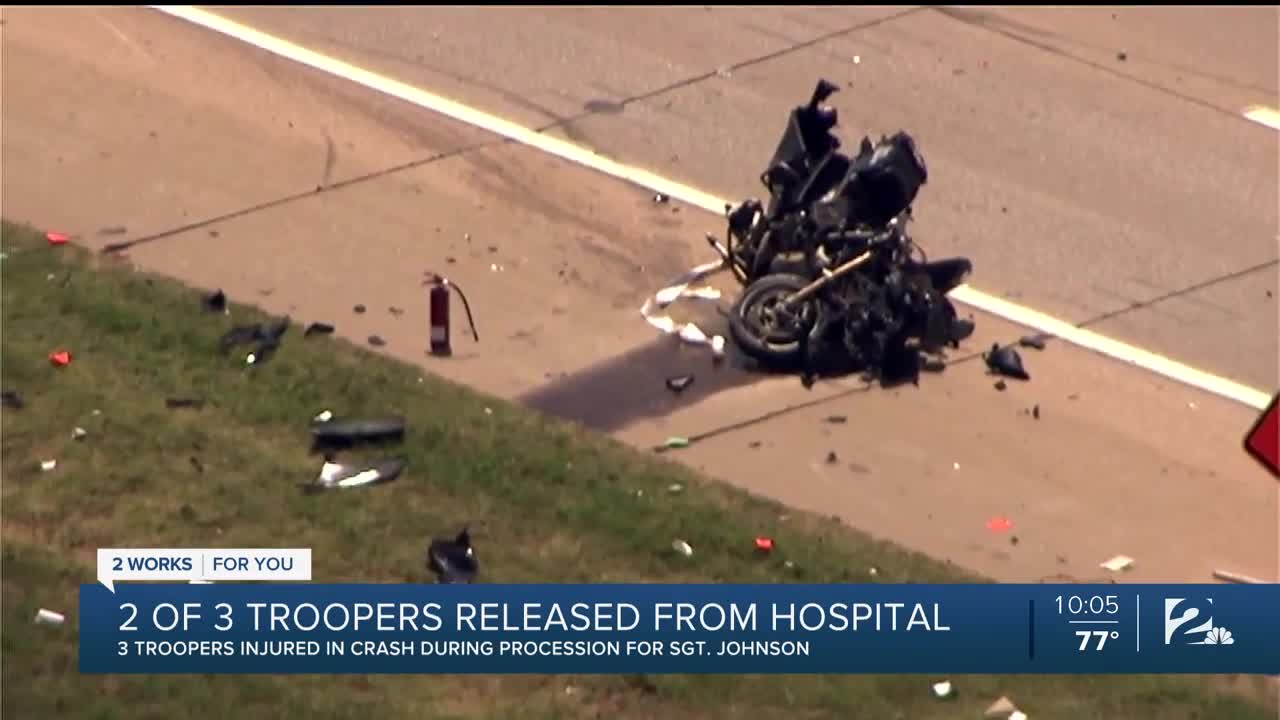 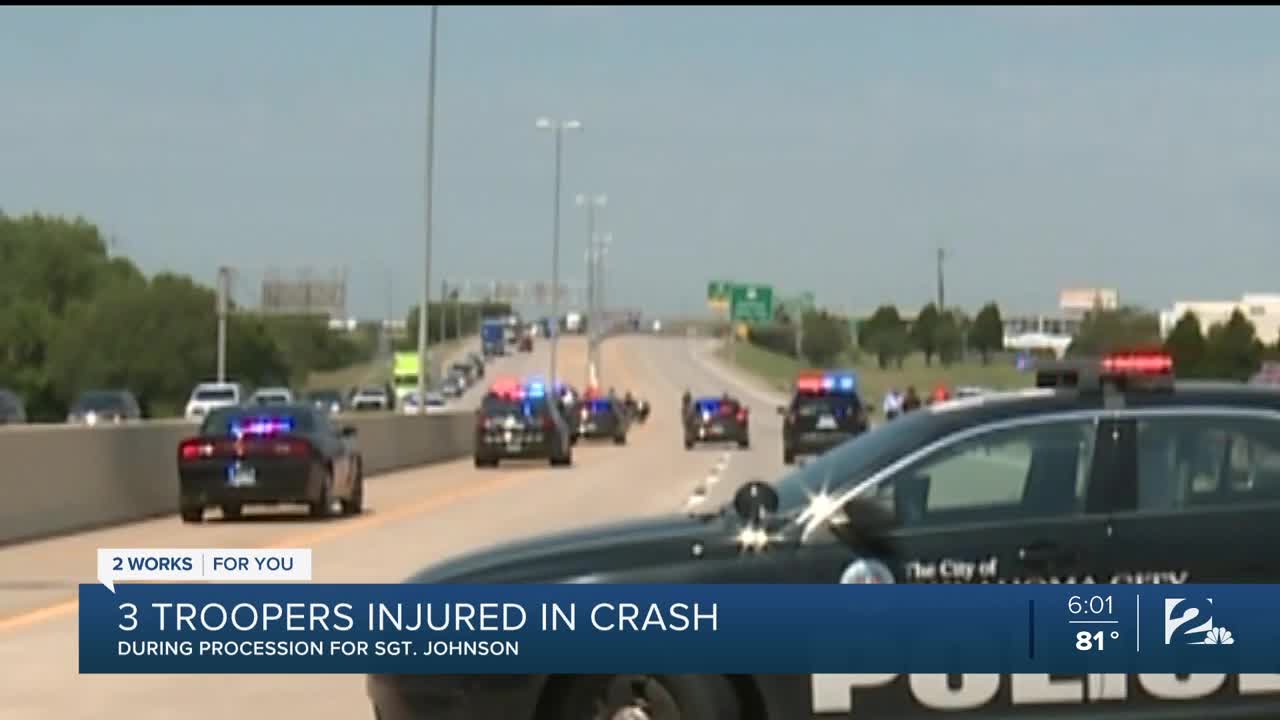 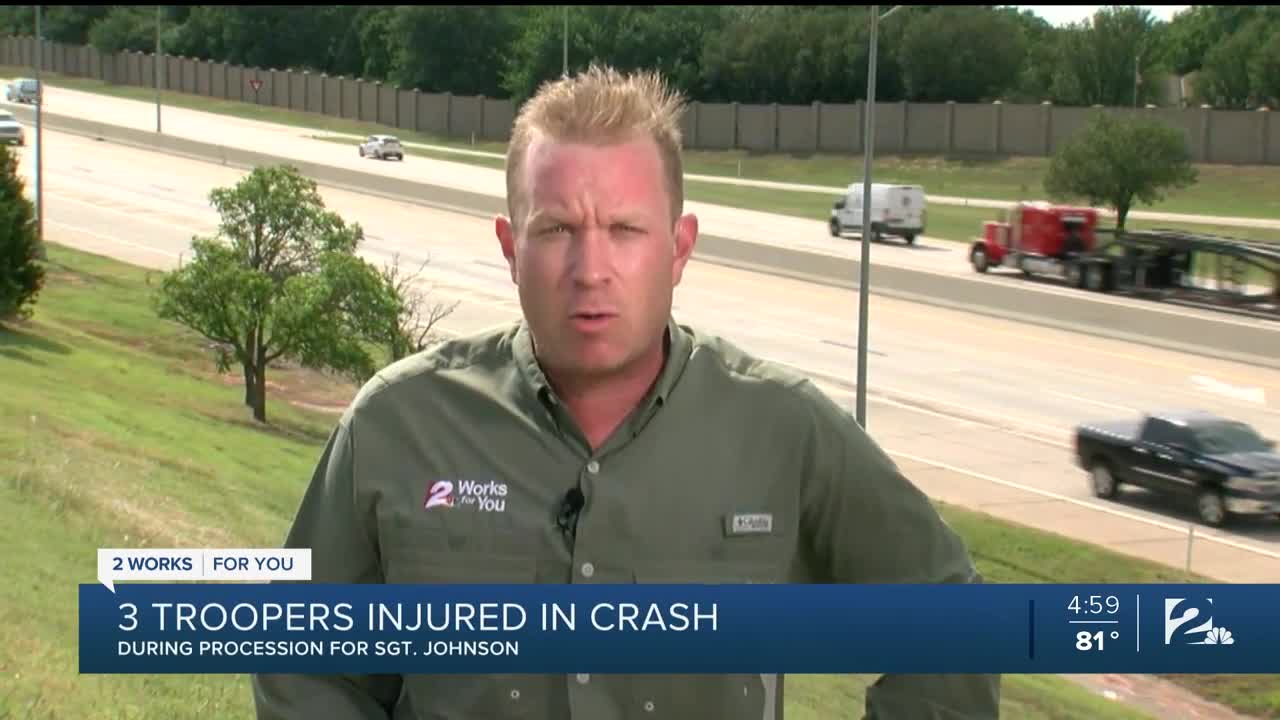 OKLAHOMA CITY — Three Oklahoma Highway Patrol troopers are recovering after being injured in a crash Thursday during the procession of Tulsa Police Officer Sgt. Craig Johnson to Oklahoma City.

The injured troopers are identified as Trooper Rocky Barnes, Trooper Steve Eason, and Trooper Ron Watson, according to OHP officials. Two of the troopers are out of the hospital. A third remains in the hospital, but is expected to recover.

OHP says the driver of the Infiniti QX80 legally pulled to the shoulder, stopped, and did not violate any traffic laws.

Governor Kevin Stitt asked people to pray for those injured:

“I ask Oklahomans to join the First Lady and me in praying for the recovery of the Oklahoma Highway Patrol troopers who were injured, for their families and for all those affected by this terrible accident.

It is always difficult to receive news of first responders being injured in the line of duty, but it is especially heartbreaking to learn this incident happened during the procession for an officer who was senselessly murdered while protecting his community.”