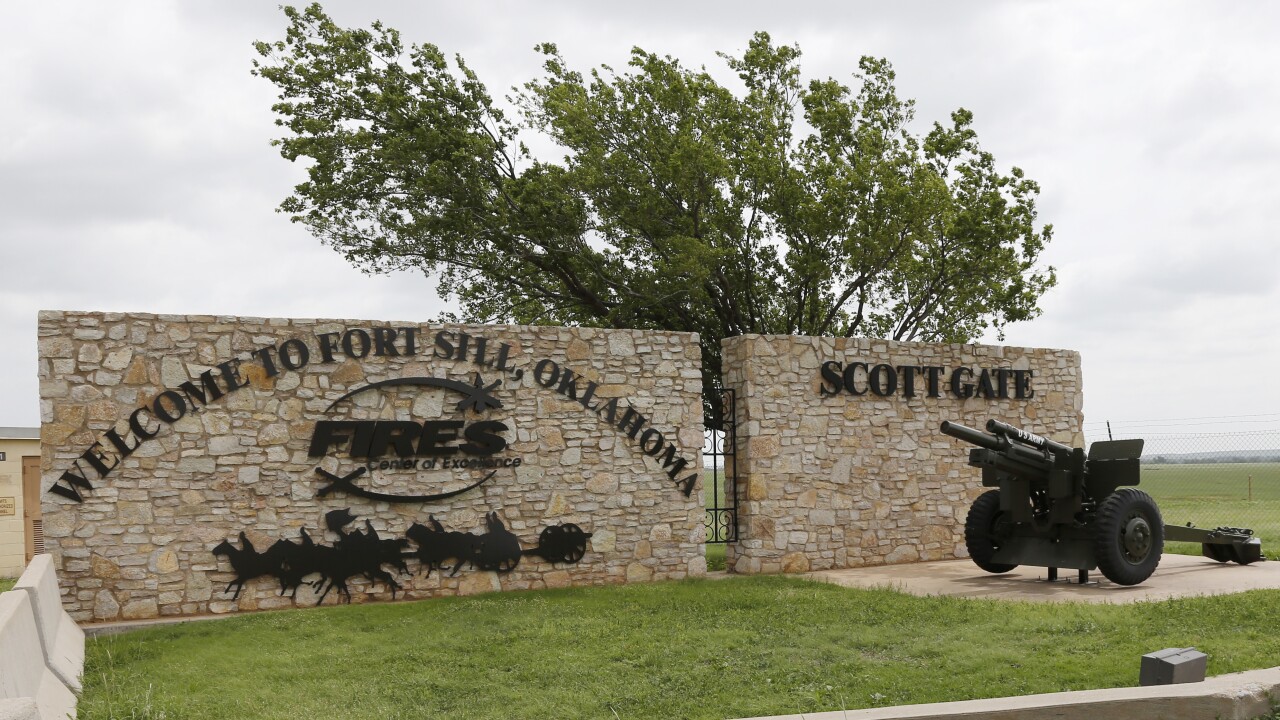 (Copyright 2020 The Associated Press. All rights reserved. This material may not be published, broadcast, rewritten or redistributed.)
Sue Ogrocki/AP
A sign is pictured at Scott Gate, one of the entrances to Fort Sill, in Fort Sill, Okla., Tuesday, June 17, 2014. (AP Photo/Sue Ogrocki)

OKLAHOMA CITY — A U.S. Army base in Oklahoma that the federal government selected as a temporary shelter for migrant children also held hundreds in a Japanese internment camp during World War II.

Historical data from the National Park Service and private organizations show Fort Sill was among at least 14 Army and Department of Justice facilities nationwide where Japanese Americans and Japanese immigrants were interred. The Army's War Relocation Authority held about 120,000 Japanese and Japanese Americans in "relocation centers" during the war with Japan.

The president of Densho, an organization that documents history of the camps, says sites like Fort Sill should be closed, not reused.

The Office of Refugee Resettlement plans to house up to 1,400 migrant children at Fort Sill, near Lawton, Oklahoma . The base also served as a temporary shelter for unaccompanied migrant children in 2014.